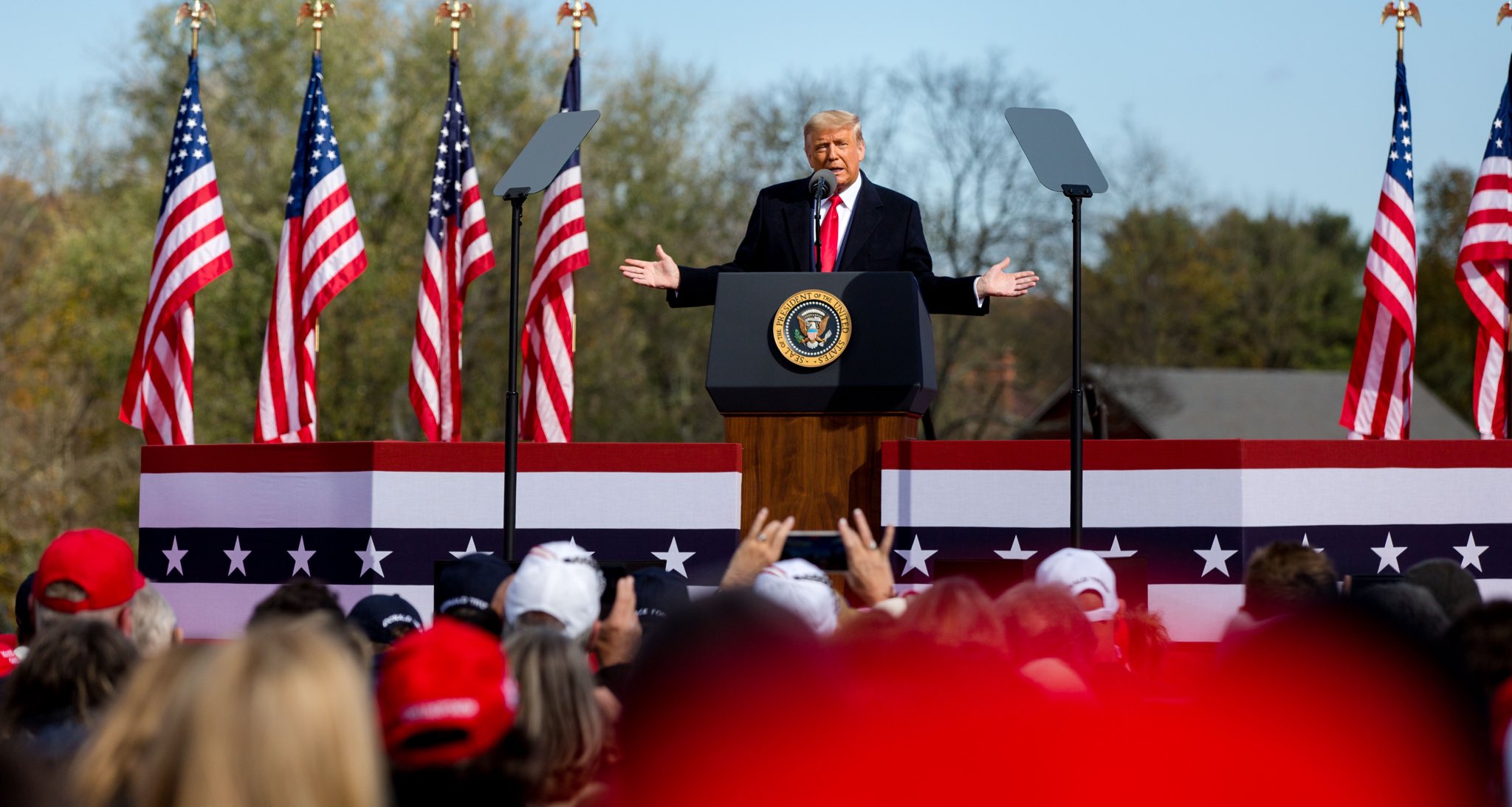 United States President Donald Trump on Sunday denied reports that he is planning to prematurely declare himself the winner of Tuesday’s presidential election.

"No, no that was a false report," Trump told reporters at the Charlotte airport in North Carolina reacting to news reports that he is planning to declare victory on election night itself.

However, he also indicated that he is getting ready for a legal battle.

"We are going on the night of - as soon as the election is over - we are going in with our lawyers," he added, criticising the US Supreme Court decision to allow ballots to be received after Election Day in several key states.

Trump also expressed confidence in his chances of winning the election, saying, “We are doing tremendous numbers. Florida is doing very well. Ohio, as you heard, is doing phenomenally well. I think we are ahead in Ohio from four years ago, and we won by eight. If you look at North Carolina, we are doing great. I think we are doing well all over”.

"Georgia… is in our camp all the way. Texas is beyond good. We seem to be doing well all over. And that is not based on polls, that is based on numbers based on early ballots. So we are very happy with it. I think Michigan is plus-two, it just came out. We are plus-two in Michigan. We are really doing incredibly well," Trump added.