Diaspora has an important role in building bridges between India and the world: President Kovind

During his trip to the African nation of Djibouti, Indian President Ram Nath Kovind said the rise of India is opening new opportunities for collaborations and the Indian diaspora has an important role in building bridges between India and the world.

Addressing the Indian community in the country earlier this week, President Kovind, who is the first Indian leader to visit Djibouti, spoke about India’s high growth trajectory and said it is opening new opportunities for collaboration, PTI reported.

“The rise of India is opening new opportunities for collaboration. Our diaspora has an important role in building bridges between India and the world,” he said.

Kovind, who arrived in Africa on Tuesday on the first leg of his four-day visit to Djibouti and Ethiopia, his maiden trip abroad since taking office, asked the Indian diaspora not to leave their roots.

“We should not ignore or isolate our roots, no matter where we stay,” he said.

He said it’s a great honour for him to be the first Indian president to visit the African country.

“This is no coincidence but a conscious decision. Our relations with beautiful continent of Africa are special in our hearts,” he said.

“The ocean that connects us may be Indian in name, but belongs to all of us. Let it bind us together, as it had centuries ago,” he said.

The President also thanked Djibouti for helping India in evacuating Indians from Yemen in 2015.

“Operation Rahat that we carried out from Djibouti spotlights our unflinching commitment to our people abroad,” he said.

Operation Rahat, the name given to the evacuation process in Yemen, was orchestrated from the African nation of Djibouti, which lies on the other side of the Gulf of Aden from Yemen.

The camp office in Djibouti, a country neighbouring Yemen and across the Red Sea, was set up to ensure smooth implementation of Operation Rahat.

The evacuees were taken to Djibouti from where they were brought back to India in Indian Air Force (IAF) aircraft. 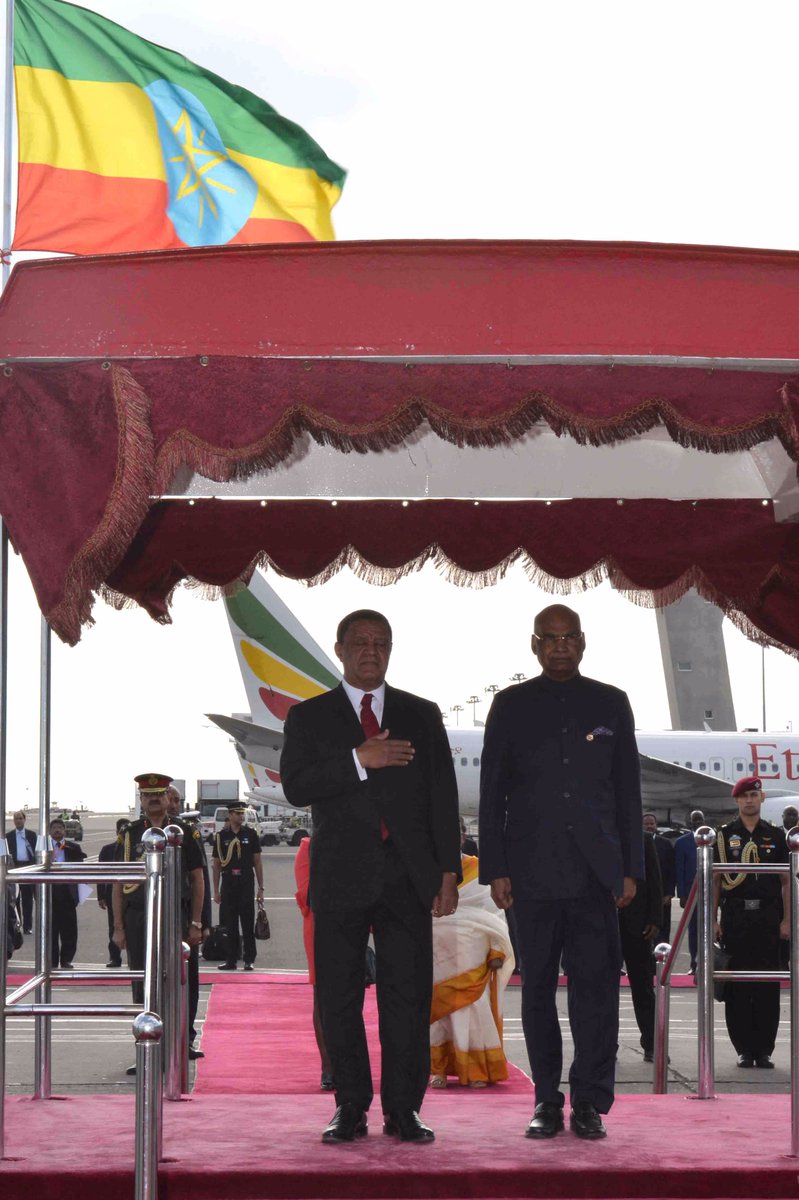 During his visit to the two African nations, the President is expected to sign agreements on institutionalisation of foreign office consultation and greater economic cooperation with Ethiopia.

India’s bilateral trade with Djibouti stands at USD284 million in 2016-17.

India has extended a line of credit of USD49 million to Djibouti, mainly for constructing a cement plant.