Speaking at the India Global Forum in Dubai, Indian External Affairs Minister Dr S Jaishankar has said that developed nations - ones that have a huge carbon footprint - are passing the buck onto other nations. 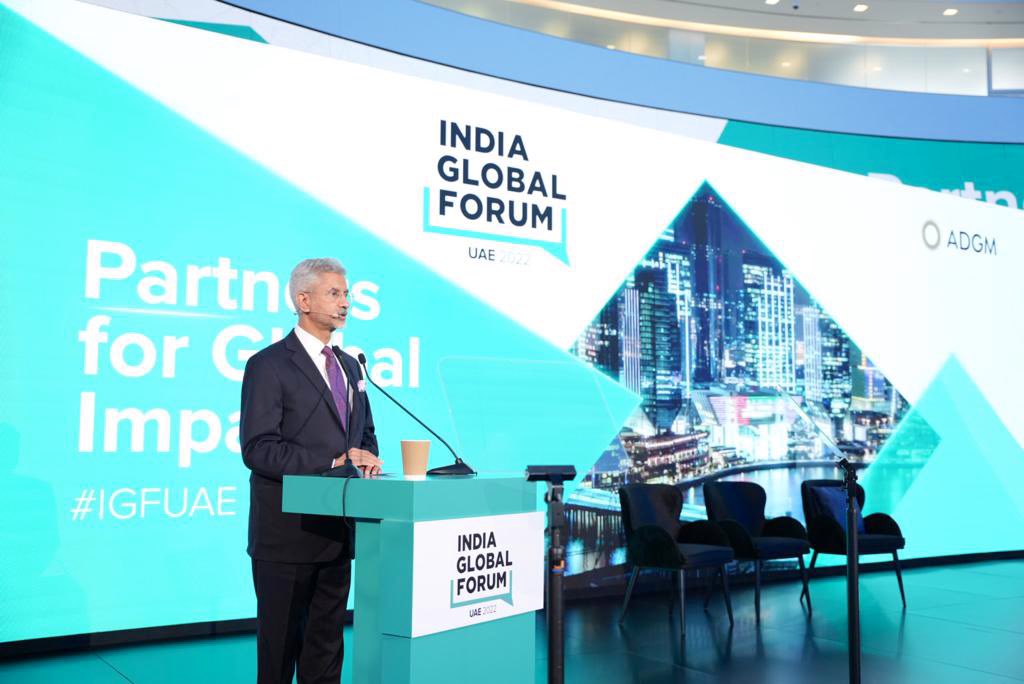 "Those who are occupying carbon space have kept promising that they would help others. And frankly they have kept shortchanging the world. And they come up every COP with some new argument, some evasion," Jaishankar told the media at the event.

Dr Jaishankar inaugurated the India Global Forum UAE 2022 today. The gala five-day event will bring together leading political, business and cultural personalities from India, the UAE and across the world. This is the first major international event following India's ascendency to the G20 Presidency, and will be held in Dubai and Abu Dhabi from December 12 to 16.

Covering the breadth of bilateral relations between India and the UAE, climate finance, technology, and investments, the five-day event will also be an opportunity to discuss India's global aspirations and its presidency of the G20 amid challenging geopolitical scenarios.

"The real problem that you are facing today is same problem we had multiple COPs ago, which is that the developed countries are still not sincere about keeping their promises...The more climate events and emergencies you have, the more there's going to be the sense that these countries are unwilling to walk the talk," Jaishankar said in his address.

"You suddenly will bring up a subject like this country is a big emitter... that country may have per capita emission which is one-tenth that of the rest of the world. This is not the country which occupied carbon space. Somewhere people need to be truthful about it and say who's really responsible for global warming and the countries which need to step up," Jaishankar added.