Demonetisation, GST, Aadhaar will lead to India becoming an attractive place to do business: FM Jaitley

“The mode by which India now spends its money substantially has begun to alter,” said Arun Jaitley, Indian Minister of Finance and Corporate Affairs, in the opening address at the Singapore Fintech Festival today. He is on a two-day visit to Singapore and will deliver the keynote speech tomorrow at the Asia Pacific Summit, an annual meet of global financial institutions being organised by Morgan Stanley. 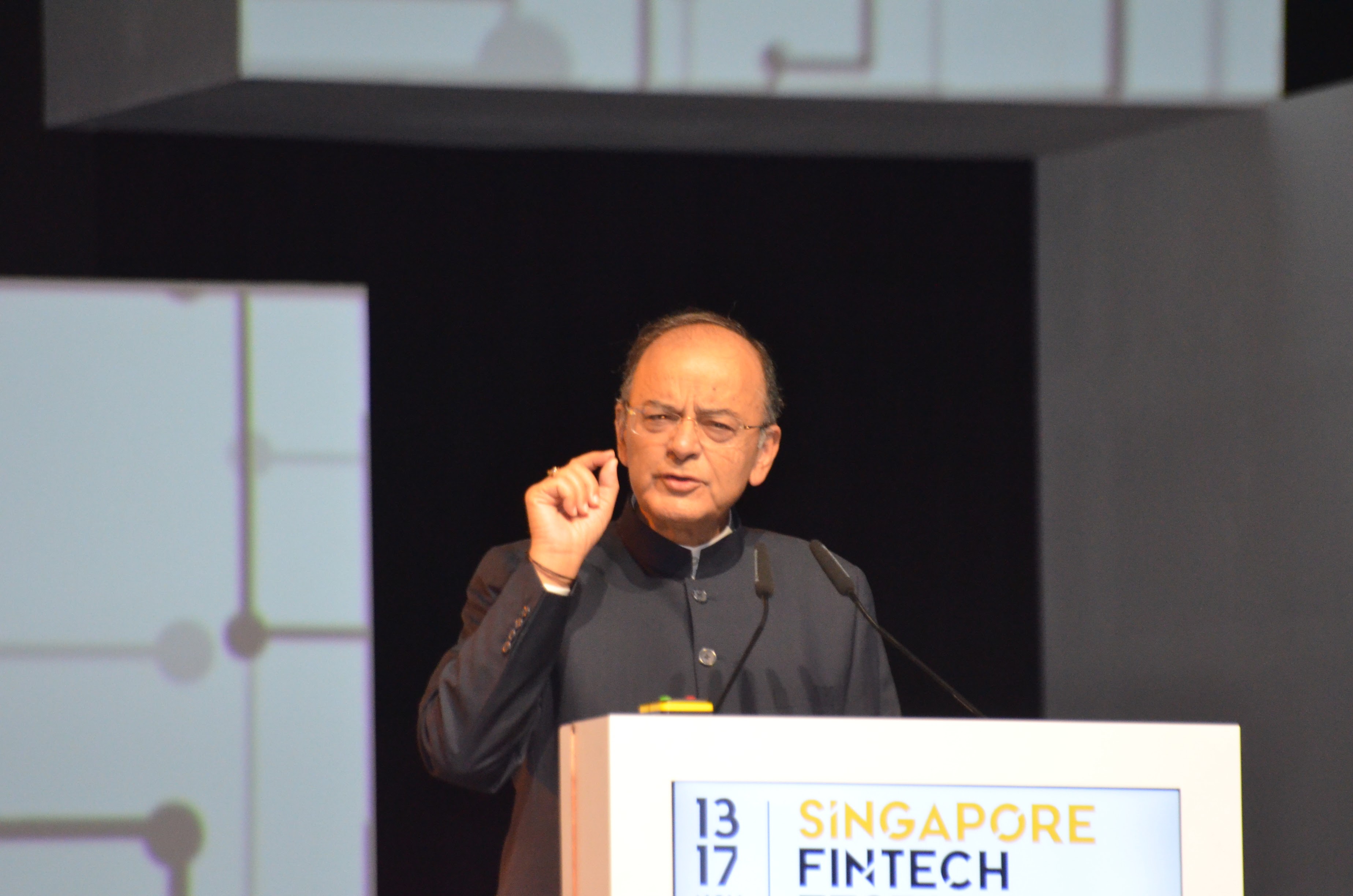 His speech revolved around the theme that as India moved away from becoming a cash economy, the introduction of digital transactions would advance economic development and prevent tax evasion. “We are now seeing the integration of the informal economy with the formal economy,” Jaitley said.

“In the last year, the number of digital transactions in India have multiplied by 100 %. New kinds of technology, instruments and applications for e-payment have been emerging. Banks, the government and fintech companies have been innovating and creating new payment gateways,” he said. 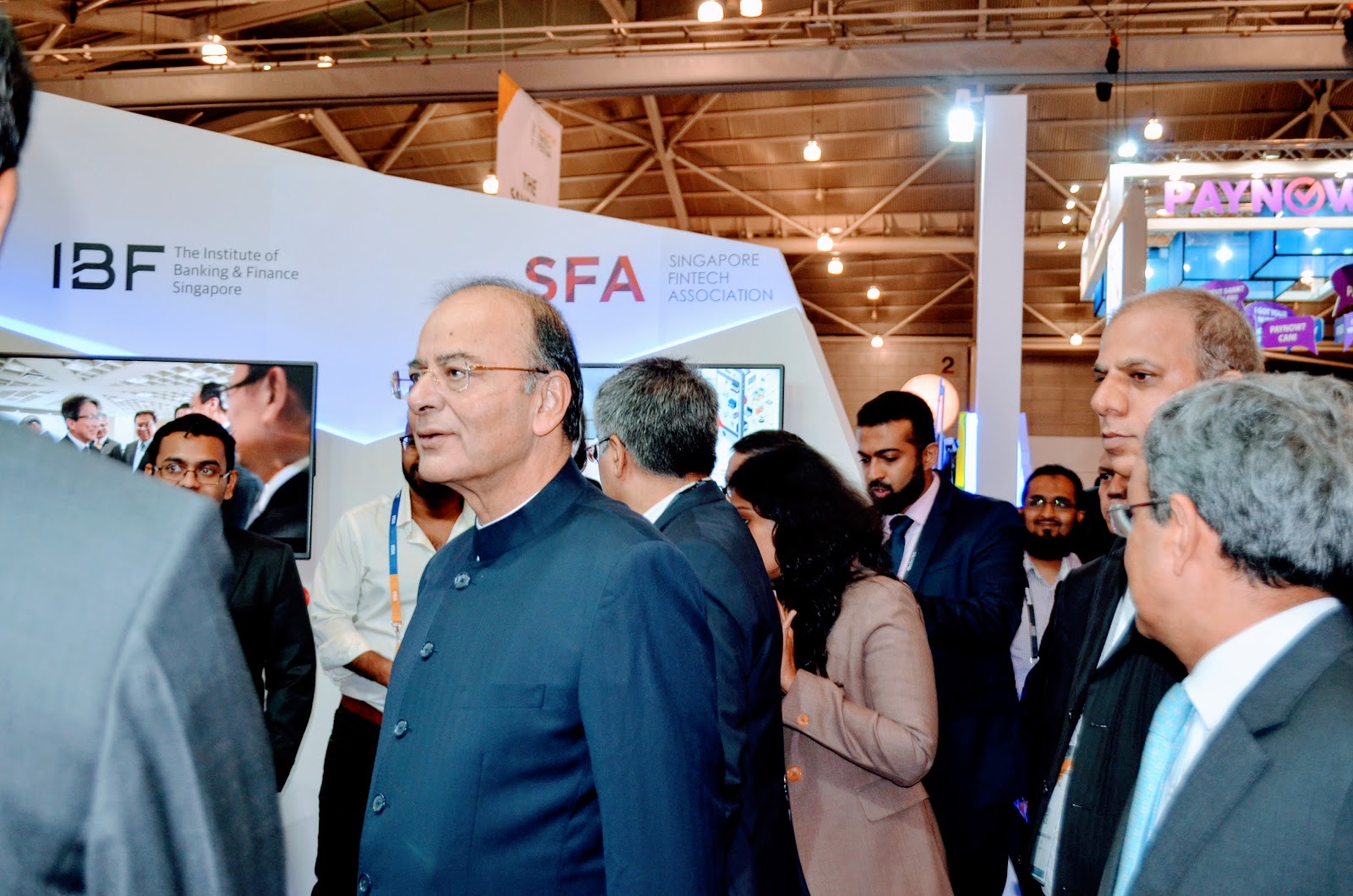 Jaitley addressed the recent advancement in digitisation of India, introduction of the Goods and Services Tax (GST), Aadhaar Unique Identification Card drive and demonetisation during the course of his speech. He spoke before more than 160 leaders from central banks and regulatory agencies, financial institutions, venture capital firms and FinTech companies and said that the measures adopted by the Indian government had led to streamlining of the tax process and a drop in tax evasion.

“Demonetisation was a shock therapy as far as the economy was concerned. The result of this action has now been clearly felt in several areas. As we finish the first year, we find that the high denomination currency in India is 30 per cent less than a year ago and the number of taxpayers in the individual segment has significantly increased,” he said in his speech. “This brought about the issue of digitisation to the centre stage of the economy,” he added.

He said that the currency swap led to a new normal where cash was no longer the only medium for conducting transactions, which led to the debate about whether to digitise the economy or not being resolved. Jaitley also said that demonetisation had helped with the issue of tax evasion, with over 1.8 million accounts with disproportionate assets were nudged into filing tax returns. 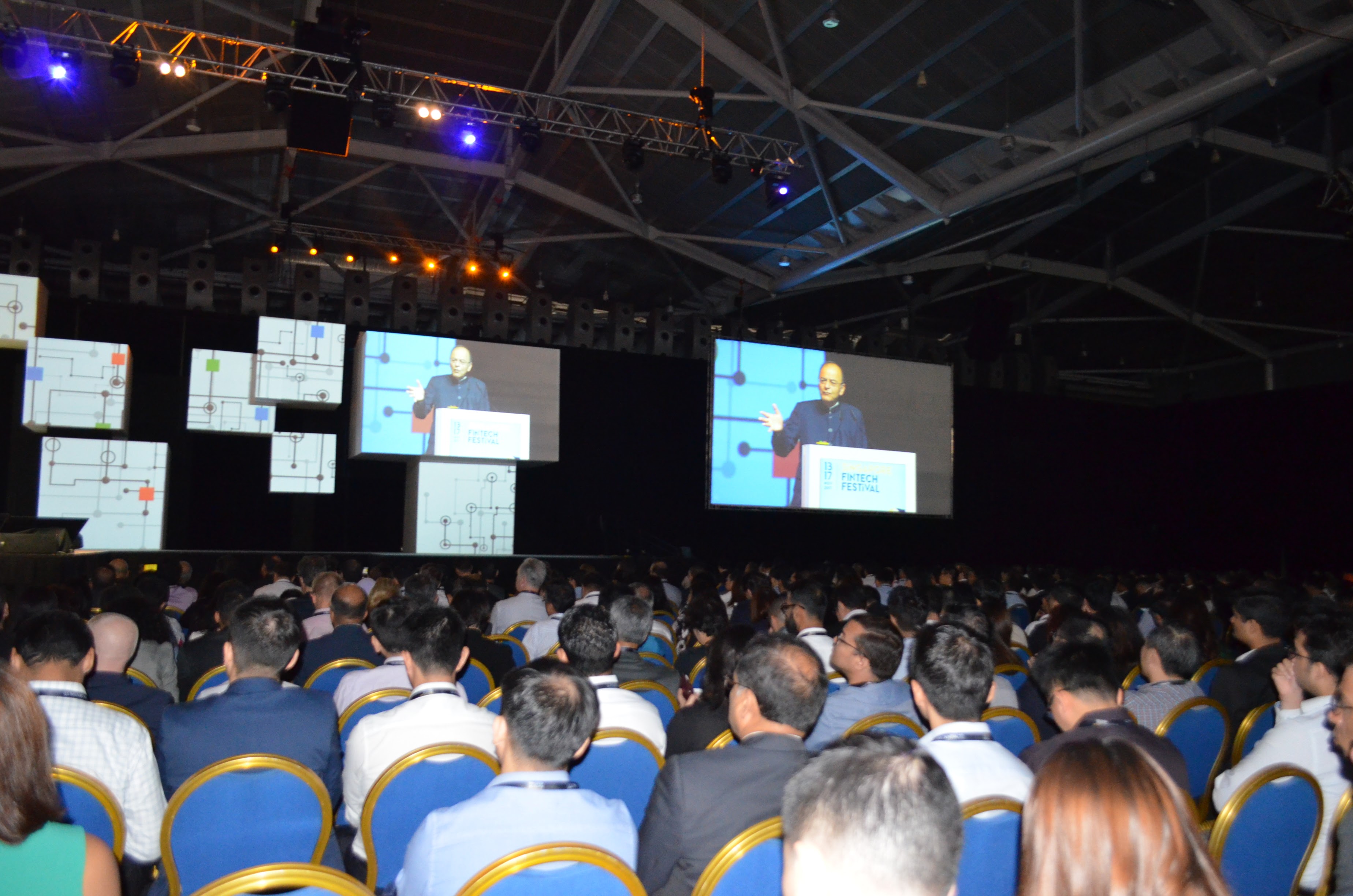 Over 5,000 summit participants gather to listen to the opening address. Photo: Connected to India

Speaking about digitisation attracting foreign investments and businesses to India, he said. “An ecosystem is being created by the state for start-ups to emerge and create new instruments for payment gateways has created a new environment in India. This whole process of the shock in the economy will push the Indian economy more and more towards digitisation.”

He also stated that the introduction of the GST in India had aided the advancement of demonetisation. “India’s indirect tax system was highly obsolete. Any goods or services in India could theoretically be subjected to 17 different taxes and 23 different cesses. This prevented the free flow of goods and led to large scale tax evasion,” he said.

“Under GST, all the indirect taxes have been merged into one and every transaction is recorded online. The consequence of the new system has been that every stage of the transaction can be traced out, which is more efficient and it shows that evasion has become more difficult, and ultimately, as more checks and balances are going to be introduced, it is going to render extremely difficult the generation of cash in the economy,” he summarised. 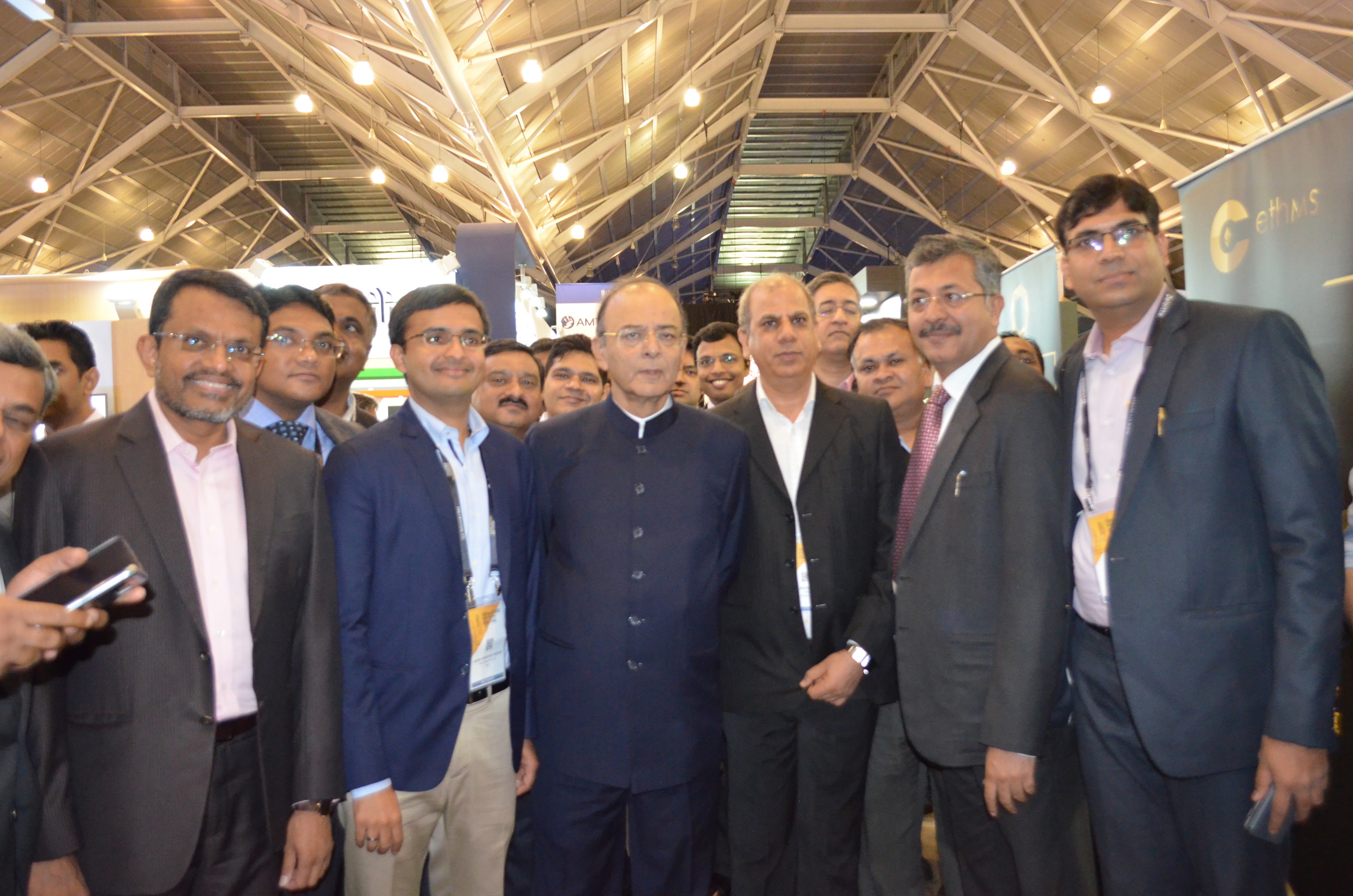 Addressing the negative effects of the government’s measures, Jaitley said the positive effects would be magnified over time. “This can create some short-term challenges in terms of the economy’s growth rate, but I have no doubt that these measures will produce long-term returns,” he said, summarising that in the big picture, demonetisation and GST had led to a reasonable growth rate, integration of the informal economy, expanding tax base and better business conditions.

“The impact of the three important measures: Aadhaar system, GST and demonetisation, is that greater digitisation and greater formalisation of the economy which will lead to India becoming an extremely attractive place to do business in,” he said in his concluding remarks. 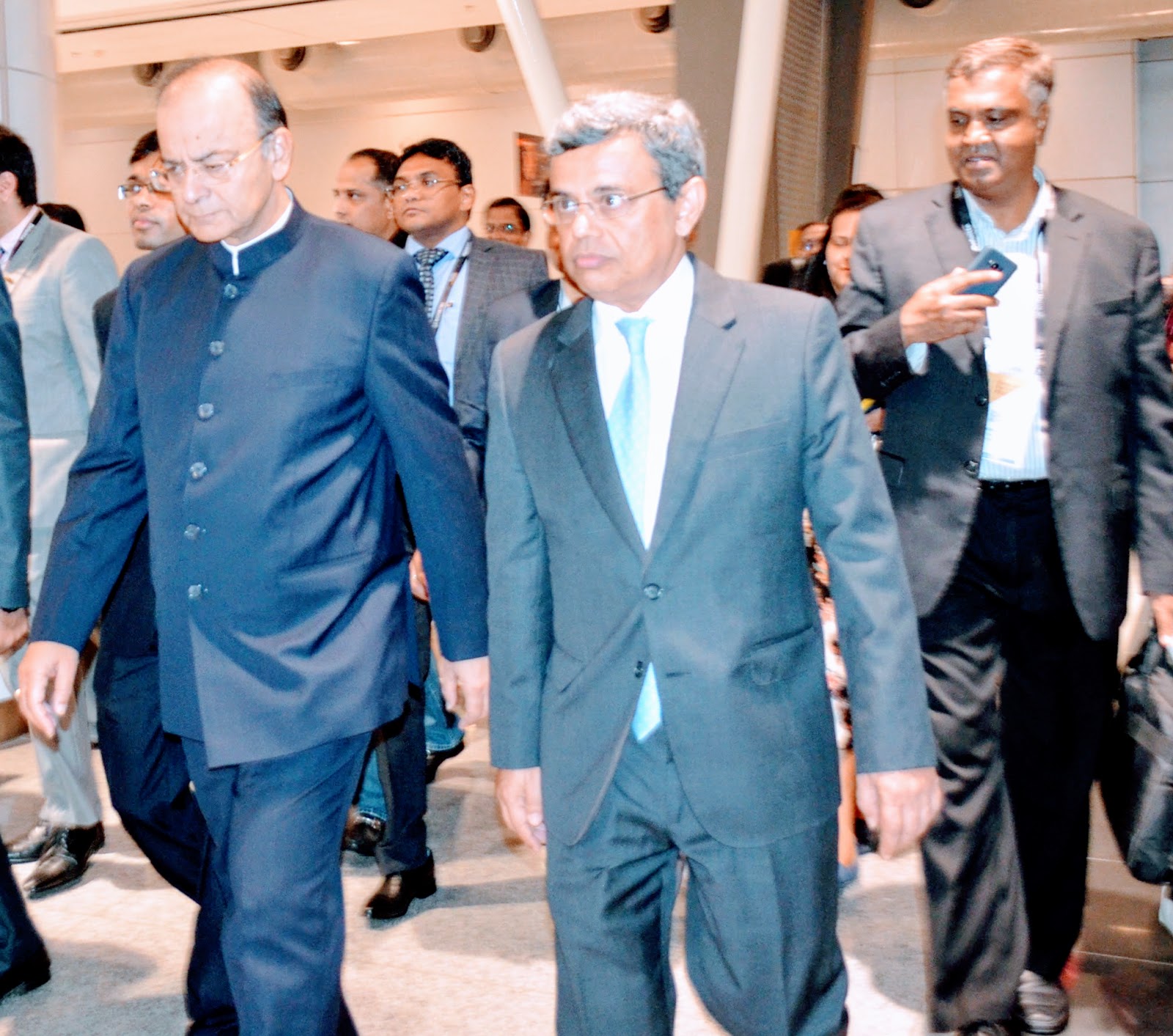 ​Jaitley will call on Lee Hsien Loong, Prime Minister of Singapore, tomorrow, and will also meet Deputy Prime Minister and Coordinating Minister for Economic and Social Policies, Tharman Shanmugaratnam and Minister of Finance, Heng Swee Keat today, along with a series of meetings and roundtables with Singapore-based and global investors.

The conference is focused on nine key themes, including global market insights; data analytics; tech risk; sustainable FinTech; and the future of FinTech. More than 300 exhibitors from financial institutions, technology and FinTech companies will showcase their respective innovative technological solutions at the FinTech Exhibition, being held along with the conference.

Tomorrow, the Global FinTech Hackcelerator will showcase 20 market-ready FinTech solutions that were shortlisted from 580 global submissions. These solutions are intended to solve real-life industry problems in four areas, including customer-facing solutions, regulatory technology (RegTech) and financial inclusion. It is being organised by the Monetary Authority of Singapore (MAS) in partnership with The Association of Banks in Singapore (ABS) and in collaboration with SingEx Holdings.

More than 25,000 participants from over 100 countries will be attending this year’s FinTech Festival. “It is a key thrust of our efforts to establish Singapore as a Smart Financial Centre and a transformational FinTech hub,” said Sopnendu Mohanty, Chief FinTech Officer at Monetary Authority of Singapore (MAS).