Indian-origin lawmakers during a recent virtual summit expressed hope that a Biden administration would remove the country cap on legal permanent residency in the United States. 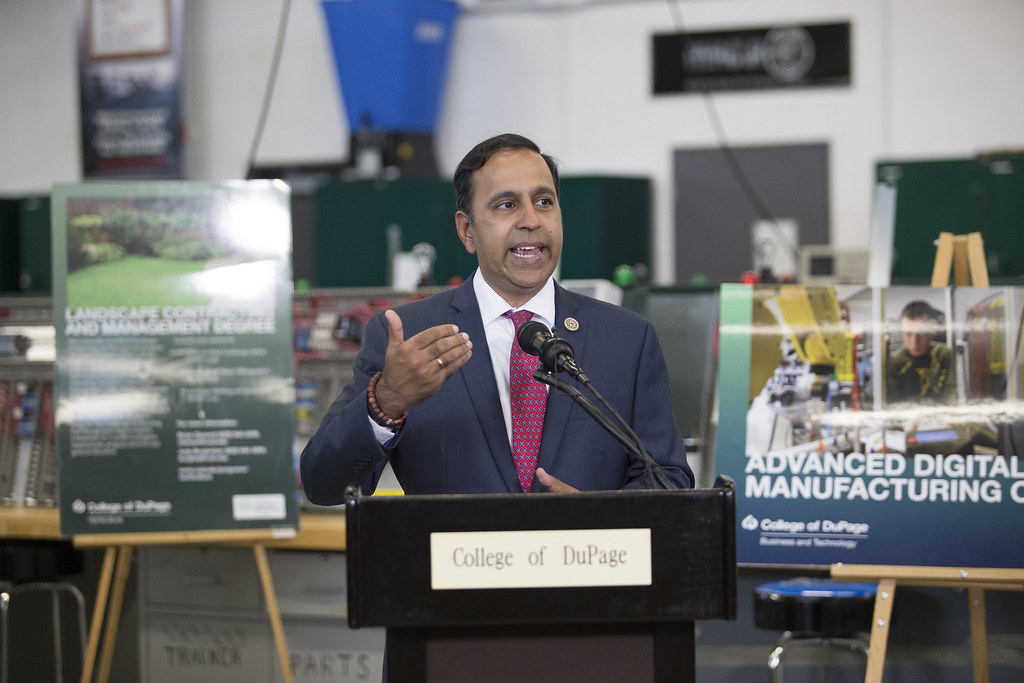 Democratic Congressman from Illinois Raja Krishnamoorthi said that removing the per country cap from employment-based Green Cards would remove the Green Card backlog for Indian IT professionals. Photo courtesy: Flickr

A Green Card, officially known as a Permanent Resident Card, is a document issued to the immigrants in the US that allows a non-US citizen to live and work permanently in America.

Indian IT and medical professionals, most of whom are highly skilled and come to the US mainly on the H-1B work visas, are the worst sufferers of the current immigration system which imposes a seven per cent per country quota on allotment of the coveted Green Card for permanent legal residency.

Professionals from India with H-1B visas have are facing adelay of decades to get their Green Card.

One of the original co-sponsors of the Fairness for High Skilled Immigrants Act, Democratic Congressman from Illinois Raja Krishnamoorthi said that removing the per country cap from employment-based Green Cards would remove the Green Card backlog for Indian IT professionals, who are being brought here often to fill the shortages in the IT industry.

“I’m hopeful that under a Joe Biden administration, we’re finally going to be able to get this legislation through the Senate, and then signed into law and of course, as part of a comprehensive immigration reform package as a whole,” Krishnamoorthi said during a virtual panel discussion with three other Indian-origin lawmakers — Dr Ami Bera, Pramila Jayapal and Ro Khanna — at the day-long IMPACT Summit.

The discussion was moderated by former US Ambassador to India Rich Verma.

Congresswoman Jayapal, who is vice chairman of the House Immigration subcommittee, said that they have been working on a number of immigration-related issues including making sure that the spouses of H-1B workers are able to work in the US.

It includes addressing undocumented workers, a number of whom are Indians. Referring to a recent report, she said that 6.5 per cent of Indian-Americans are living below poverty lines.

Probably for the first time, the four Indian-origin lawmakers, popular as Samosa Caucus, were having a virtual panel where congressman Khanna said that he really believes that the Indian-American community can “be decisive” in swing states of Pennsylvania, Michigan and Wisconsin.

The backlog for an Indian national to get the permanent residency or Green Card is more than 195 years, Republican senator Mike Lee had said in July, urging his Senate colleagues to come out with a legislative resolution to address this issue.

US President Donald Trump, a Republican, is seeking another term in the White House. He is being challenged by former Vice President Biden of the Democratic Party in the November 3 presidential election.