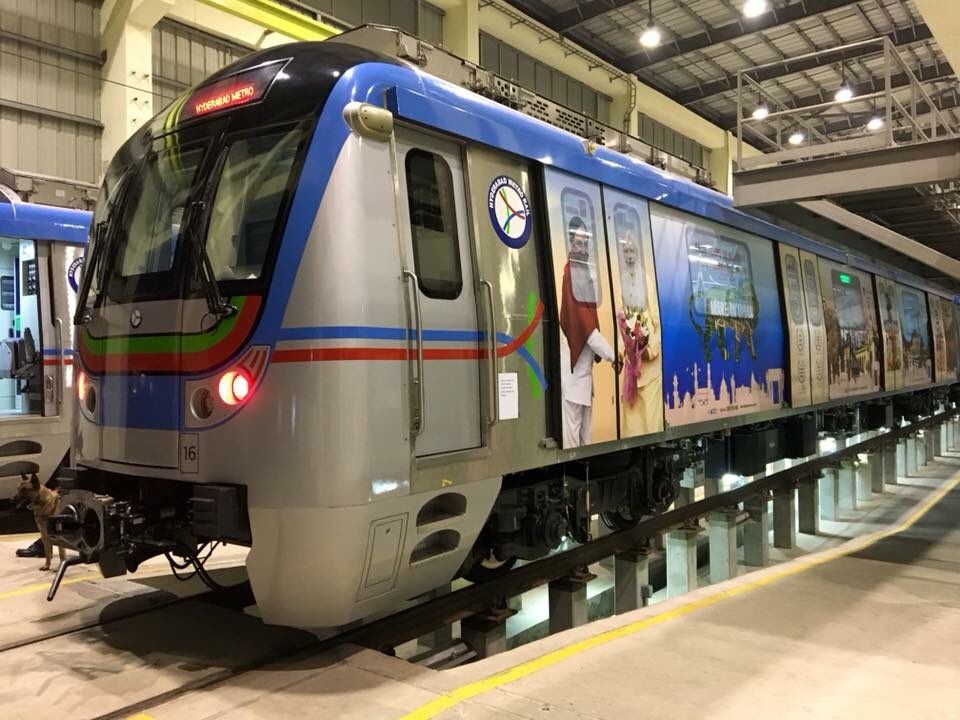 The delegation interacted with Hyderabad Metro Rail (HMRL) Managing Director NVS Reddy. They are all 3rd or 4th generation persons of Indian-origin, visiting India for the first time.

The MD explained various innovations that have been made in the Hyderabad Metro Rail project, which is the world’s largest Metro Rail project in public private partnership (PPP) mode. Speaking on the intricacies involved in building huge urban infrastructure projects in Indian cities, he explained how innovative engineering and financial solutions helped resolving several complex issues and gained support from the people of the city.

Hearing about the complexity of building a high technology mega transportation project in a congested city and the key features of the project like integration with other modes of transportation, smart ticketing, seamless travel facility, creation of pedestrian facilities like sidewalks & street furniture and introduction of non-polluting feeder services like bicycles and battery operated mini buses etc., the young Indian Diaspora are highly appreciative of the progress made by Indian cities like Hyderabad in building world class infrastructure facilities.  Later, they have taken a Metro train ride from Rasoolpura to Ameerpet and appreciated the world class Metro facilities and train ride.