Former British Prime Minister David Cameron has been conferred a 'Special Recognition Award' by the Indian High Commission in London for his outstanding commitment in building UK-India relations over time. 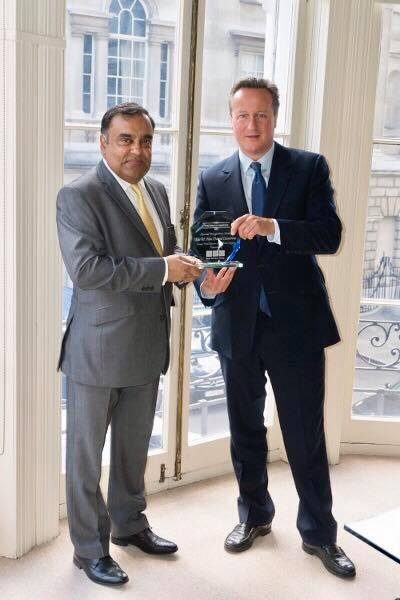 Indian High Commissioner Y K Sinha presented the award Cameron at the latter's  office in London. The award was presented as part of The Indian Awards 2017 ceremony held in the Houses of Parliament last week, according to a Ministry of External Affairs communique here.

Cameron said he was proud to receive recognition for his work to cement relationships between the UK and India. The British PM made these remarks as he joined Rajesh Agrawal, Entrepreneur and Deputy London Mayor for Business in being honoured at The Indian Awards 2017 held in the Houses of Parliament.

Made up of six elite awards, the Special Recognition Award applauds "an individual’s outstanding commitment to building UK-India relations."

"It is a huge honour to accept this award and I am absolutely passionate about the relationship between Britain and India. It is a relationship based on common interests, a relationship based on the extraordinary strengths of the British Indian diaspora and Britons working in India. I am proud of the amount I have done to help build this relationship that is going to be so important for the future of both of our countries," Cameron said, accepting the honour.

The Indian Awards were founded by Amarjit Singh, Chief Executive Officer of the India Business Group (IBG) which recognises UK-based individuals, businesses and organisations that have contributed to furthering the relationship culturally, socially or economically, between India and the UK.

"The modern relationship between the UK and India is at a key juncture. Through The Indian Awards we aim to inspire and encourage the next generation of UK and Indian entrepreneurs, facilitators and bridge builders who will take the bilateral relationship to greater heights," said Singh.

The IBG contends that British businesses should be on the front lines in boosting trade between members of the Commonwealth. To support this aspiration, the Indian Awards initiative aims to celebrate, commend and cement UK-India relations. The gala dinner marked the 70th anniversary of Indian independence and also the current India-UK Year of Culture.

The awards ceremony was supported by a range of high-profile partners, including the British Council, the Institute of Directors, global business brands and a recently-established charity – Catch Your Breath India  – which was appointed as the official charity partner of the awards. The invitation-only dinner featured senior business leaders, officials, opinion-formers, prominent members of the Indian community, guests from India and other parts of the World. 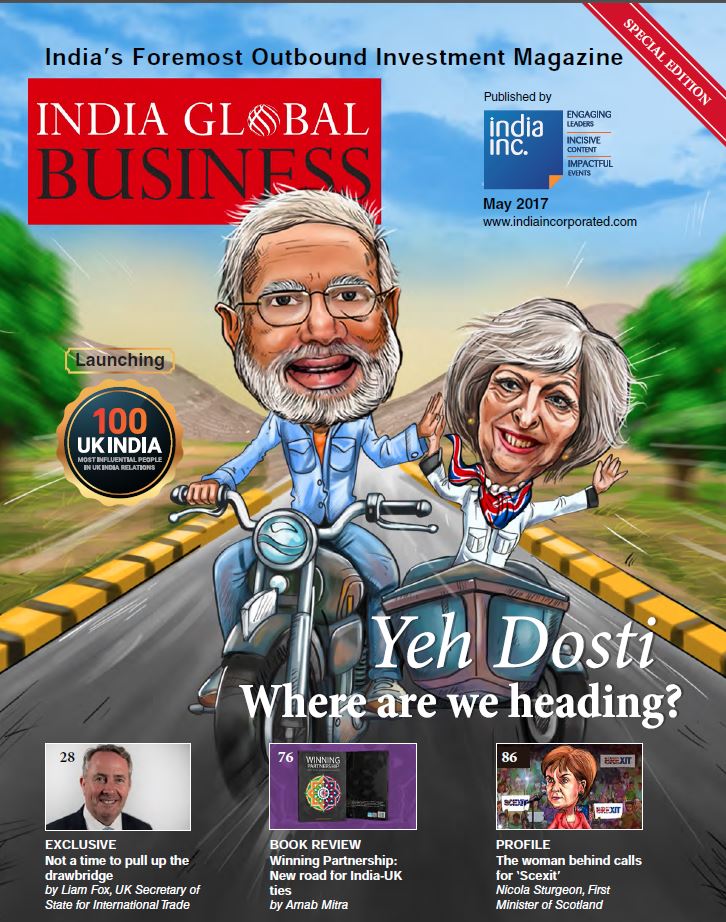 Singh observed that as Britain navigates the Brexit negotiations, the UK Government has shown much enthusiasm for a free trade agreement with other Commonwealth countries with India among the most important and largest.

Offering a common language, similar legal and political institutions and cultural ties, the estimated 2.3 trillion dollars commercial market which the 52 Commonwealth nations represents is an unmissable golden opportunity for our post Brexit economy. However, the intra-Commonwealth trade amounts to only 17 per cent of the total Commonwealth global trade, Singh pointed out.

“Amid uncertainties about the nature of the UK’s trading relationship with the EU at the expiration of the Article 50 Process come April 2019, it is now more vital than ever that our bold businesses and innovative entrepreneurs spread their wings and fly to the wider global stage for fresh opportunities,” Singh was quoted as saying in blog posted by Here and Now 365 – a multicultural agency that hosted the awards function.

Later, Lord Narendra Babubhai Patel, the  IBG chairman thanked the agency for publicity and support during the event at the prestigious Members Dining Room in the House of Commons.

"Their work within the India-UK corridor is well known, where they have constantly fostered relationships between brands and the consumers between both the countries. It gives us immense pleasure to have them onboard as part of our publicity support team," Lord Patel said.