Actor, writer, lyricist; Gopal Datt is one of the most versatile talents in the Indian entertainment industry today. Starring in a plethora of web series and stage productions, the star has walked on his own groundbreaking path since coming to Mumbai after studying at the National School of Drama that has won him critical acclaim as well as popular fame.

Born and raised in Nainital, Datt first started acting in the 11th grade when he accompanied one of his school friends to a rehearsal and was asked to stand in for an absent performer. Datt enrolled into the National School of Drama, Delhi and has been involved in numerous stage acts. He has worked in Sanskrit to Greek dramas as well as Shakespearean to Italian and Parsi ones. 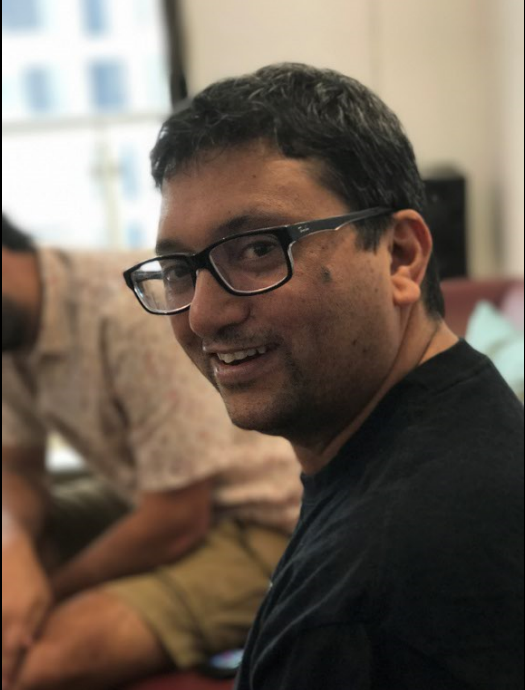 Datt started as a theatre artiste in 1989 until he got his first starring role in Satish Kaushik’s Mujhe Kucch Kehna Hai. He also went on to star in the blockbuster Tere Naam, Samrat & Co. and the National Award winning Filmistaan. The actor is also a lyricist and has penned songs for films like Budhia Singh – Born To Run and David. His running plays are ‘Kaumudi’, ‘Stories in a Song’, ‘Park’ and ‘Ladies Sangeet’.

He has written and is directing Hum Kaun Tum Kaun, a comedy that looks at the lives of a middle-aged couple who met on a dating site, for Dastak 2017, and took the time to answer some of Connected to India’s questions.

CtoI: Is this your first time bringing a play to Singapore? What do you think of Hindi Theatre's growth in Singapore?

Gopal Datt: Yes, this is my first play in Singapore as a director, all thanks to Dastak; though, last year a play written by me was performed at the event. I think Hindi theatre has a bright future in Singapore. Now, both Hindi speaking and non-Hindi speaking audiences have started watching Hindi plays with a mix of local Singaporeans and expats from various countries are keen to experience the magic of Hindi theatre. The audience is growing leaps and bounds which means Hindi theatre will thrive in the coming years.

CtoI: What is your play Hum Kaun Tum Kaun about?

Gopal Datt: My play this year Hum Kaun Tum Kaun is about two single middle-aged people who are trying to find love and companionship in this internet age. They decide to step out of the virtual world and get real about their situation. How successful they are remains is to be seen.

Gopal Datt: It is quite challenging! Putting together an idea or a story in 10 minutes which has a beginning, a middle and an end is not easy. The most challenging part is not to lose the essence of the story while keeping the pace right, not too fast not too slow.

CtoI: What is your next project going to be?

Gopal Datt: The other project that I am working on besides Dastak is this very interesting storytelling art form called DASTAN E GOI which finds its roots in the 13th century. At the centre of the event is the dastan e go, or storyteller, whose voice is his main artistic tool in orally recreating the dastan or the story. It’s a very interesting and challenging project for me and I am enjoying it thoroughly.

CtoI: What do you think theatre's future is in the digital age?

Gopal Datt: The beautiful thing about theatre is that it has been continuously evolving with times. Like any other art form theatre also has ample scope of adapting and growing with changing times. Theatre has and will survive in any given spaces and times. So much experimental theatre with the help of digital media is happening all over the world and is being well received too. I would say Theatre has found new audiences and patrons given the almost unlimited reach the web world provides and in this digital era theatre is thriving.