India has always been a cricket crazy nation, and cricket fever is running high today when the men in blue are facing England in the T20 World Cup semifinals.

Highlighting the depths of their passion for the game, the District Bar Association (DBA) of Patiala passed a resolution today to observe "No Work after lunch" in the District Courts of Patiala in Punjab in view of the T20 semifinal between India and England which started at 1.30 pm. 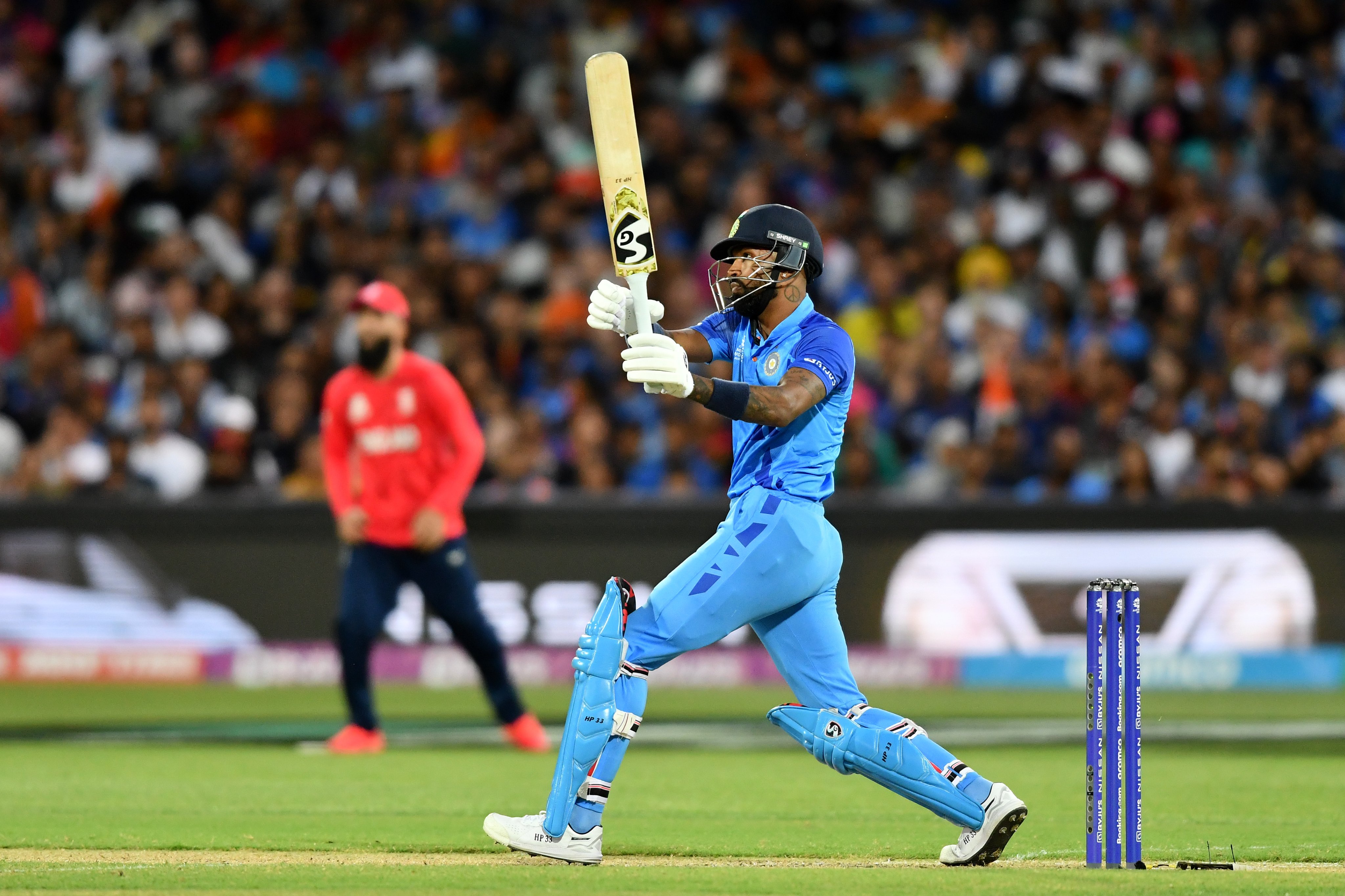 The DBA requested all judicial officers to adjourn any matters listed today in the courtsto some other dates.

"Today an emergency meeting of the executive was convened and held under the Presidentship of Adv Jatinder Pal Singh Ghumaan which held that the Semi Final Match T20 World cup between India Vs. England is today i.e. 10/11/2022 at about 1:30 PM. It is therefore resolved that the DBA, Patiala will observe no work after lunch in District Courts, Patiala," a notice issued by the DBA said. 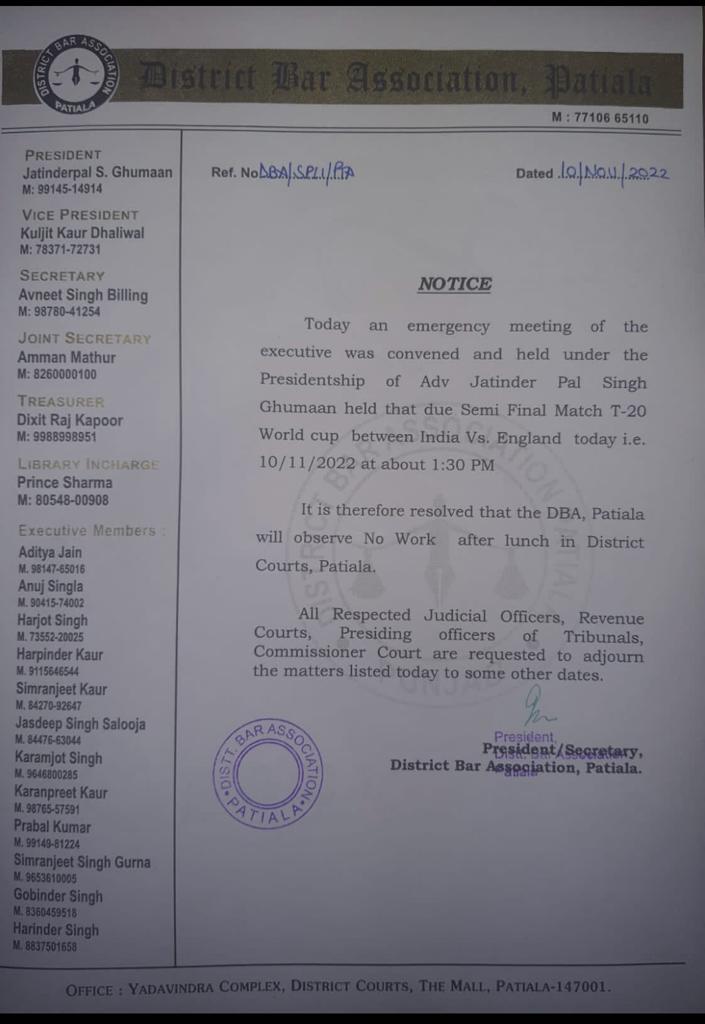 Fifties from Virat Kohli and Hardik Pandya helped India recover from a wobbly start and post 168/5 against England in the second T20 World Cup semi-final.

Kohli also scripted history as he became the first batter in history to reach 4,000 runs in T20 Internationals. The leading run scorer in men's T20 World Cups needed 42 runs to complete 4000 T20I runs and reached the landmark in the 15th over of India's innings.

Kohli is also the highest run-scorer in the history of T20I cricket. He was named Player of the Tournament in both the 2014 and 2016 T20 World Cups. He currently has a strike rate of nearly 140 and an average of more than 50.