Seventeen-year-old climate change activist Greta Thunberg created waves across the world with her powerful speech at the United Nations General Assembly last month. Thunberg has shown the world that there is no age for leadership nor is there a limit to how big a problem you want to solve.

The GIIS Conference is one such undertaking by Global Indian International School to encourage its students to learn about issues plaguing different countries of the world, while teaching them about taking on the mantle of leadership at a global stage. The conference is organised on the lines of a Model United Nations (MUN). Students take on the roles of delegates representing various countries and in the process learn about the challenges and difficulties unique to that country. 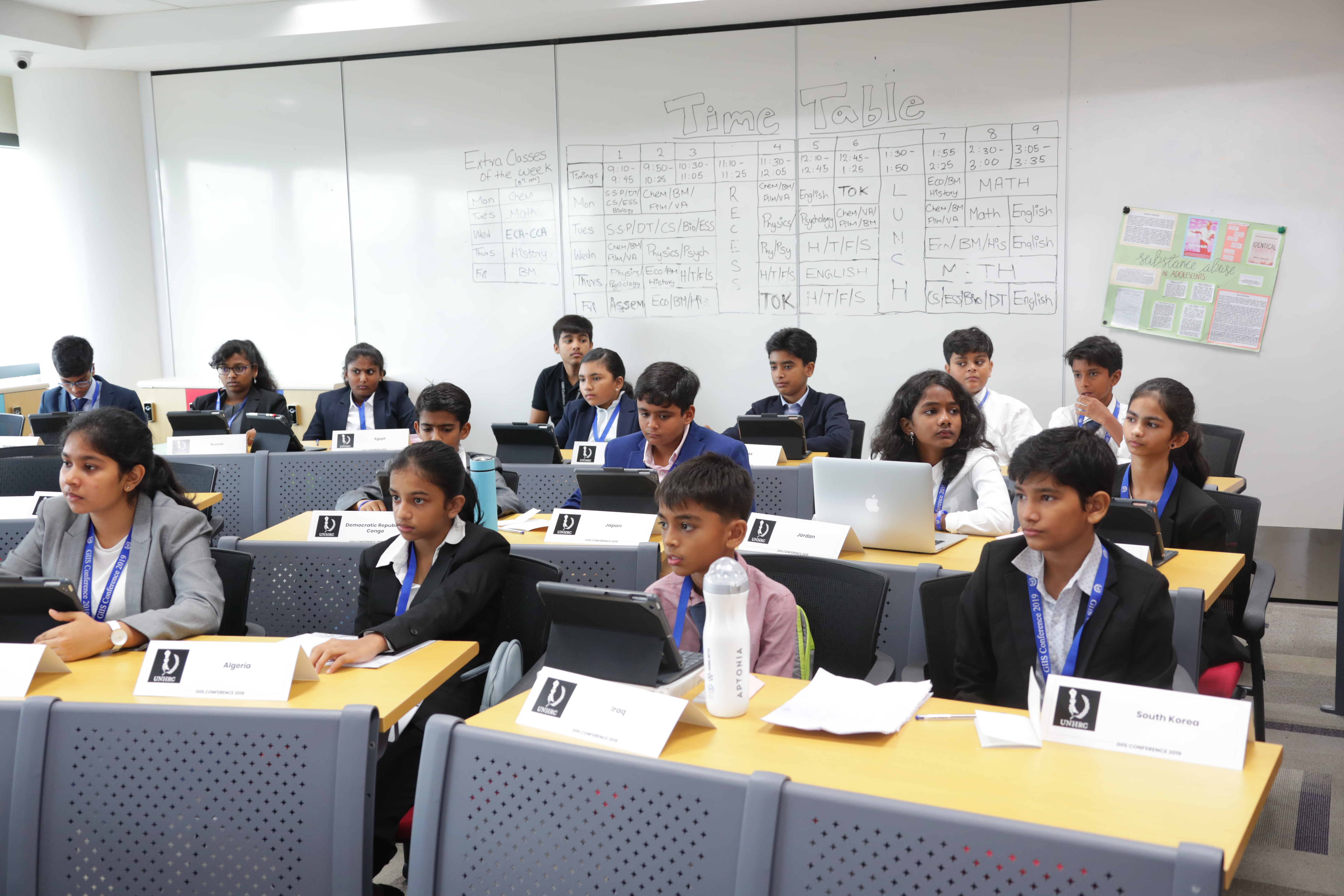 At the GIIS Conference, student delegates learned about the complexity and intricacy of international crises and learnt to respect different perspectives in the process. Photo courtesy: GIIS

The delegates were exposed to how the real world works and how to solve problems that affect millions and millions of people. They also realised the complexity and intricacy of international crises and learnt to respect different perspectives in the process.

12-year-old Srishti Somani is one of 190 students who took part in the 2019 GIIS Conference, held on September 23-24. Somani took on the role of the representative of Yemen at UNICEF and in the process got a deeper understanding of the country’s current issues.

“This experience was really amazing. This is the best way for giving everyone a great opportunity to speak up on a particular topic,” said Srishti.

Intense debates ensued during the committee sessions. A key takeaway for most of the delegates was the realisation that coming to a consensus on critical issues was difficult but not impossible.

Paarth Tripathi, a 13 year old student, played the role of a delegate of UNHRC Japan at the conference. “Apart from how fun and fruitful the committee sessions and debates were, the secretariat members were always really supportive and creative in their ideas of helping us to understand some basic concepts,” he said, adding that the GIIS Conference was a great stage for students to showcase their talents. 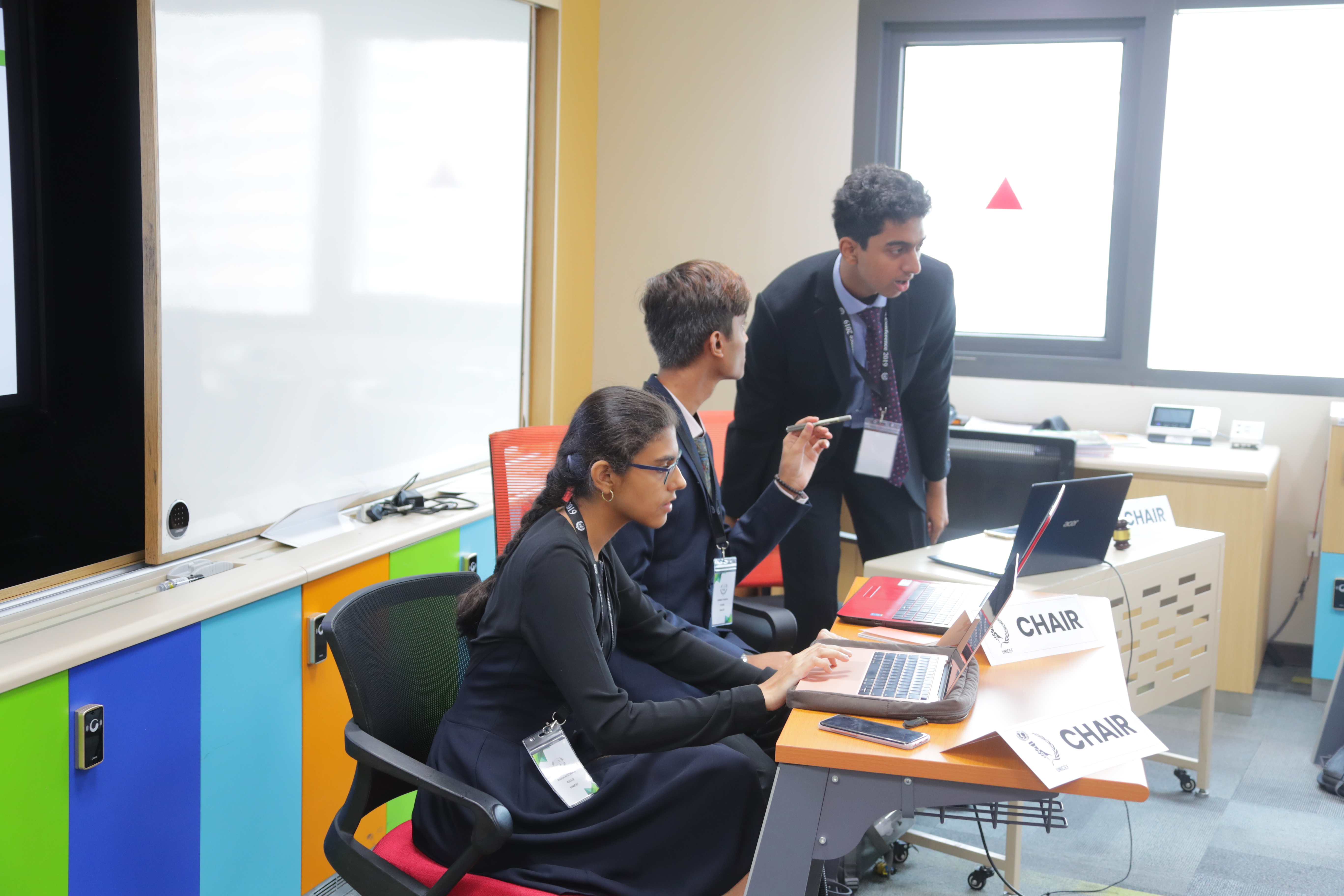 The annual GIIS Conference was a platform for students to voice their opinions on global issues and come up with creative solutions for the problems they identified. Photo courtesy: GIIS

The event was a platform for students to voice their opinions on global issues and come up with creative solutions for the problems they identified.

Beyond evoking curiosity about current affairs, the annual GIIS Conference is also an opportunity for students to make new friends and create memories that they will cherish forever. A Socials Night was organised for the delegates to intermingle informally and make networks.

Awards were given to outstanding delegates in the categories of ‘Best Delegate’, ‘Outstanding Delegate’, ‘Honourable Mention’, ‘Best Position Paper’, and ‘Verbal Commendations’. It was truly a moment of pride and joy for the delegates as they came up on stage to receive the awards.

The world is changing more rapidly than ever before, and it is important that the younger generation engage in conversation on global issues. The GIIS Conference aims to engage the students and provide an educational simulation of how international relations are handled.

The junior MUN at Singapore’s Global Indian International School (GIIS) is providing the students with all the support and encouragement that sets them on the path towards becoming global leaders of tomorrow. 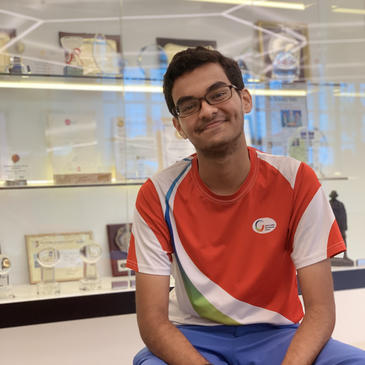