COVID-19 updates from around the globe 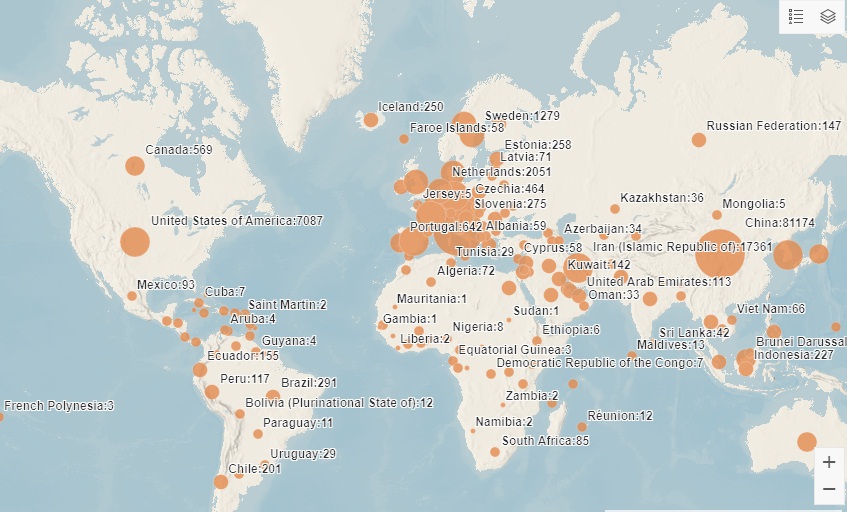 As the world grapples with the battle against the COVID-19 pandemic, there is good news coming from China while the UK has put into place further measures to fight the virus. Here are some updates from across the globe.

In a first since the outbreak of COVID-19 in December, China reported no new locally transmitted cases on Thursday. China’s National Health Commission announced on Thursday that only 34 new cases had been confirmed in the past 24 hours, all of which are imported cases.

Major milestone: ZERO local #COVID19 cases reported from mainland China today.
This is a result of people’s efforts across the country—maintaining hygiene, staying home, doing their part.
The fight isn’t over—we all need to keep up these habits.
Together, we can beat #coronavirus pic.twitter.com/1ZA8wa7uhC

This is the first time that China has not reported a locally transmitted case - this will come as a great source of encouragement to countries around the world which are now seeing the kind of outbreak China has been battling for the last few months. The decline in cases in China is also proof that the country’s lockdown measures to control the spread of the virus appear to be working.

The United Kingdom has announced the closure of schools across the country from Friday onwards as it continues to crack down on the spread of COVID-19. Schools in Northern Ireland will close from Monday. GCSEs and A-Levels in England and Wales have also been cancelled.

After schools shut their gates from Friday afternoon, they will remain closed for most pupils - for the vast majority of pupils - until further notice.

The government also announced the closure of a number of London Underground stations, as people were advised to stop all non-essential contact with each other. Additionally, there will be no night Tube and bus services will also be reduced

Changes to our services

The UK is also putting on standby an additional 10,000 military personnel to help support public services.

Australia and New Zealand close their borders to non-residents

Australia and New Zealand have decided to ban entry to all non-residents starting Friday. Australia’s ban will come into effect at 10:00 GMT while New Zealand’s begins earlier at 11:00 GMT on Thursday.

Australia is securing its borders. A ban on all non-citizens entering the country will take effect from 9pm AEDT tomorrow (20 Mar).

Australian citizens, permanent residents & their immediate family will continue to be allowed in but will still need to self isolate for 14 days. pic.twitter.com/fBqG927ud8

The bans do not apply to citizens, permanent residents, or their families.

Both countries have also made a 14-day self-isolation mandatory for everyone arriving, regardless of their citizenship or where they've come from.

European Union official Michel Barnier, who was the economic bloc’s chief Brexit negotiator, has tested positive for the novel coronavirus, he confirmed on Twitter.

I would like to inform you that I have tested positive for #COVID19. I am doing well and in good spirits. I am following all the necessary instructions, as is my team.

For all those affected already, and for all those currently in isolation, we will get through this together.

Barnier said that he was "doing well and in good spirits," and was following all the precautions.

"For all those affected already, and for all those currently in isolation, we will get through this together," he added.