Herd immunity to COVID-19 is still a long way off, warned World Health Organization chief scientist Dr Soumya Swaminathan on Friday. Herd immunity relies on a large section of the population developing antibodies against COVID-19, thus breaking the spread of the virus. 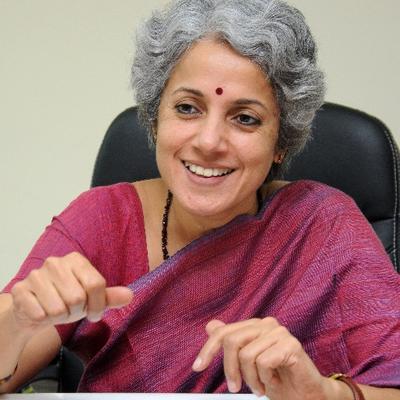 Speaking from Geneva at a WHO event via social media, Dr Swaminathan said that immunity to the coronavirus can be sped up by a vaccine. She said that more waves of the infection would be required to get to a stage of natural immunity and therefore, at least for the next year or so, the world needs to be "geared up" to do everything possible to keep the novel coronavirus at bay while scientists work on vaccines.

"For this concept of herd immunity, you need 50 to 60 per cent of the population to have this immunity to be actually able to break those chains of transmission," explained Dr Swaminathan.

"That's much easier to do with a vaccine; we can achieve it faster and without people getting sick and dying. So, it is much better to do it that way, to achieve herd immunity through natural infection. We would have several waves [of infection] and unfortunately also the mortality that we see," she said.

"Over a period of time, people will start developing natural immunity. We know now from the studies that have been done in many of the affected countries that usually between 5 to 10 per cent of the population has developed antibodies. In some places it's been higher than that, up to 20 per cent,” she added.

"As there are waves of this infection going through countries, people are going to develop antibodies and those people will be hopefully immune for some time and so they will also act as barriers and brakes to the spread of this infection," she further stated.

Dr Swaminathan is a pediatrician from India and a globally recognised researcher on tuberculosis and HIV.

Dr Swaminathan said that for the foreseeable future it is important to be focused on doing the "right thing" such as public health measures that are known to work while the world waits for a vaccine.

"Even if the clinical trials are successful and we have a couple of vaccines by the end of this year, we still need the hundreds of billions of doses, which will take time," she said.

The chief scientist stated that there are over 200 candidates in some stage of development.

"Vaccine development is normally quite a lengthy and laborious process... the more candidates we have, the more opportunities we have for success," she said.

"Most people who recover from COVID-19 develop neutralising antibodies, which means a vaccine has a good chance of offering protective immunity," she added.

When asked about the possibility of never getting a vaccine for COVID-19, Dr Swaminathan admitted that we have to entertain the possibility that we may have to "learn to live with this virus".

"Right now it seems frightening; what will we do if we don't have a vaccine? But it is a possibility, there is no 100 per cent guarantee that we will have one. Let's hope we do. But we know, now, what are the measures that we can take to minimise the spread of this infection, such as maintaining distance, hand washing, respiratory hygiene and wearing of masks," she said.