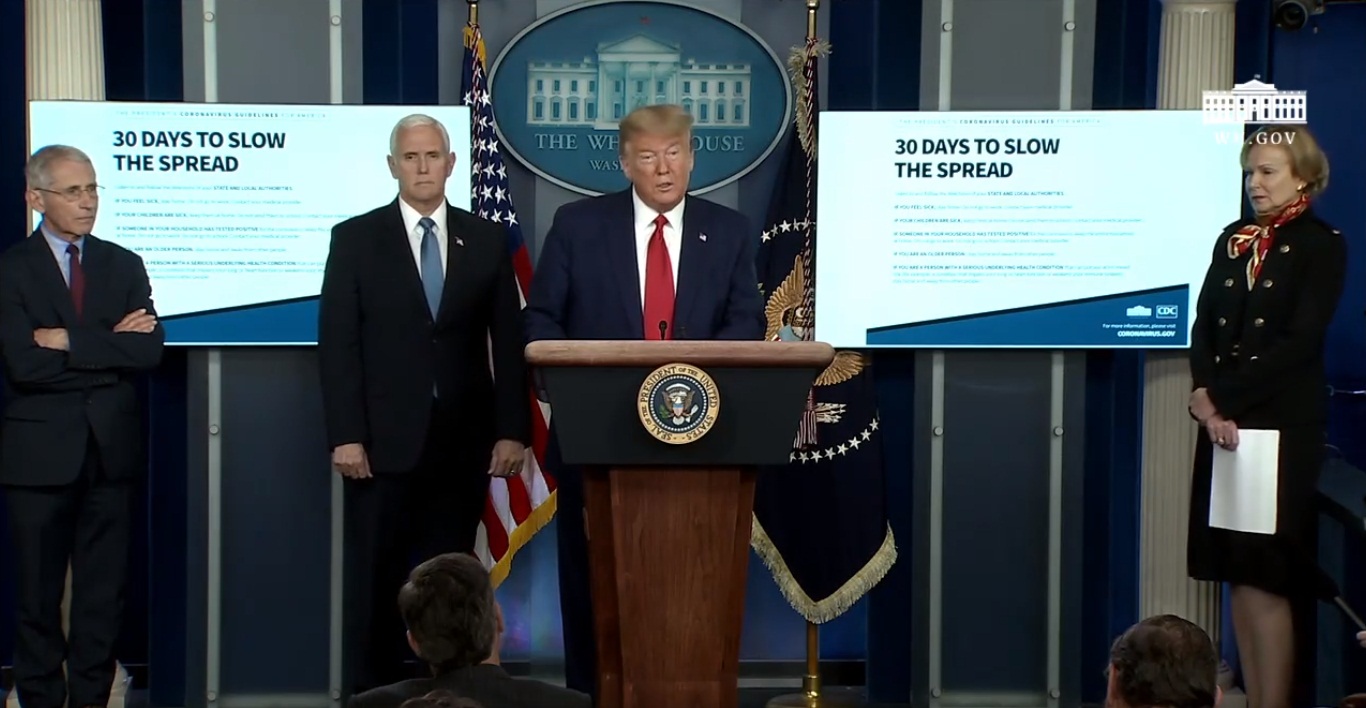 US President Donald Trump has warned of a painful two weeks ahead as COVID-19 cases spike in the US. Screengrab: Twitter/@WhiteHouse

A tally by Johns Hopkins University puts the United States’ COVID-19 death toll at over 4000 as of early Wednesday. This is more than double the number from three days ago and has surpassed China’s tally.

More than 40 percent of recorded deaths in the US were in New York state, the Johns Hopkins data showed.

Our country is in the midst of a national trial—and success will require the full measure of our strength, love, and devotion. pic.twitter.com/zIccadVq8U

The severity of the situation has finally hit home with US President Donald Trump, who after weeks of denying the gravity of the outbreak and underplaying the threat from the virus, warned Americans of a “very, very painful two weeks” to come.

“We pray for the doctors and the nurses, for the paramedics and the truck drivers, and the police officers and the sanitation workers, and above all, the people fighting for their lives in New York and all across our land.” — President @realDonaldTrump pic.twitter.com/nTuDWLozcG

"I want every American to be prepared for the hard days that lie ahead," said Trump at a Tuesday afternoon press conference. "This is going to be a very, very painful two weeks."

30 Days to Slow the Spread: pic.twitter.com/GI3qrBOFaA

The number of deaths, based on current projections, is likely to be between 100,000 and 200,000. The number of confirmed cases in the US has crossed 189,000, which is more than Italy and Spain, though these two countries have a higher death rate.