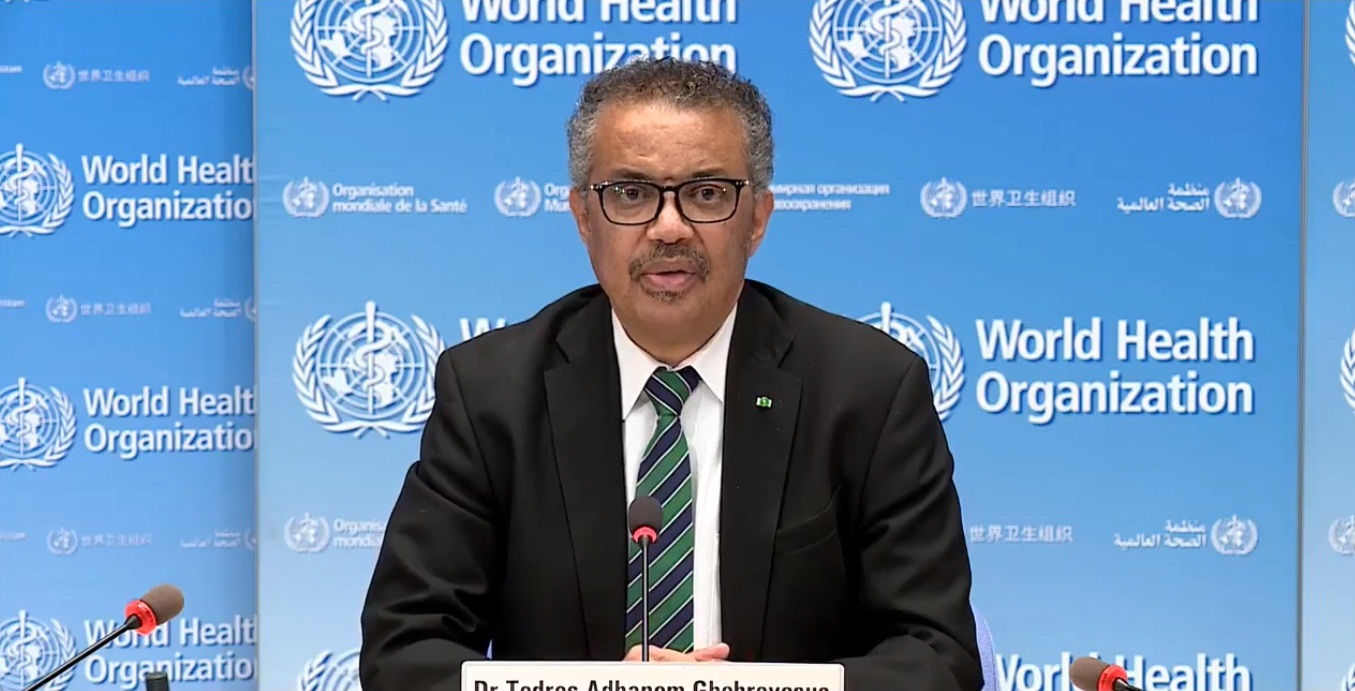 With an ever-increasing daily tally of the virus, the WHO warned against complacency. Photo courtesy: Twitter/@WHO

The World Health Organization sounded a warning on Monday, saying that the COVID-19 pandemic situation is worsening around the globe.

With an ever-increasing daily tally of the virus, the WHO warned against complacency.

As Europe recovers from the virus, the Americas have now become the epicentre.

"Although the situation in Europe is improving, globally it is worsening," WHO chief Tedros Adhanom Ghebreyesus told a virtual news conference in Geneva.

With almost 7M #COVID19 cases & 400K deaths globally, this is not the time for any country to take its foot off the pedal. We urge active:
-surveillance to ensure the virus does not rebound
-finding, isolating, testing & caring for every case
-tracing & quarantining every contact https://t.co/B7po1dAN3F

He added that almost 75 percent of Sunday's cases came from 10 countries - mostly in the Americas and South Asia.

"More than six months into this pandemic, this is not the time for any country to take its foot off the pedal," he said.

Brazil is now one of the hotspots of the pandemic, with the second highest number of confirmed cases, behind only the United States. India too has been climbing up the charts in terms of number of cases.