Commuters on the Downtown Line (DTL) and North-South Line (NSL) were disrupted by back-to-back signalling faults on the early morning of August 18, 2017. The entire DTL was down for about 35 minutes, and major delays were experienced on the NSL.

The PSLE oral examination was to be held from 8am to 1pm today as well. Students affected by the delays were seen queuing up for excuse slips. The Ministry of Education has yet to comment on whether the excuse slips were necessary in the event that such huge delays occur.

Photos and comments posted by netizens on the SMRT Facebook page showed the extent of the situation caused by the delay. 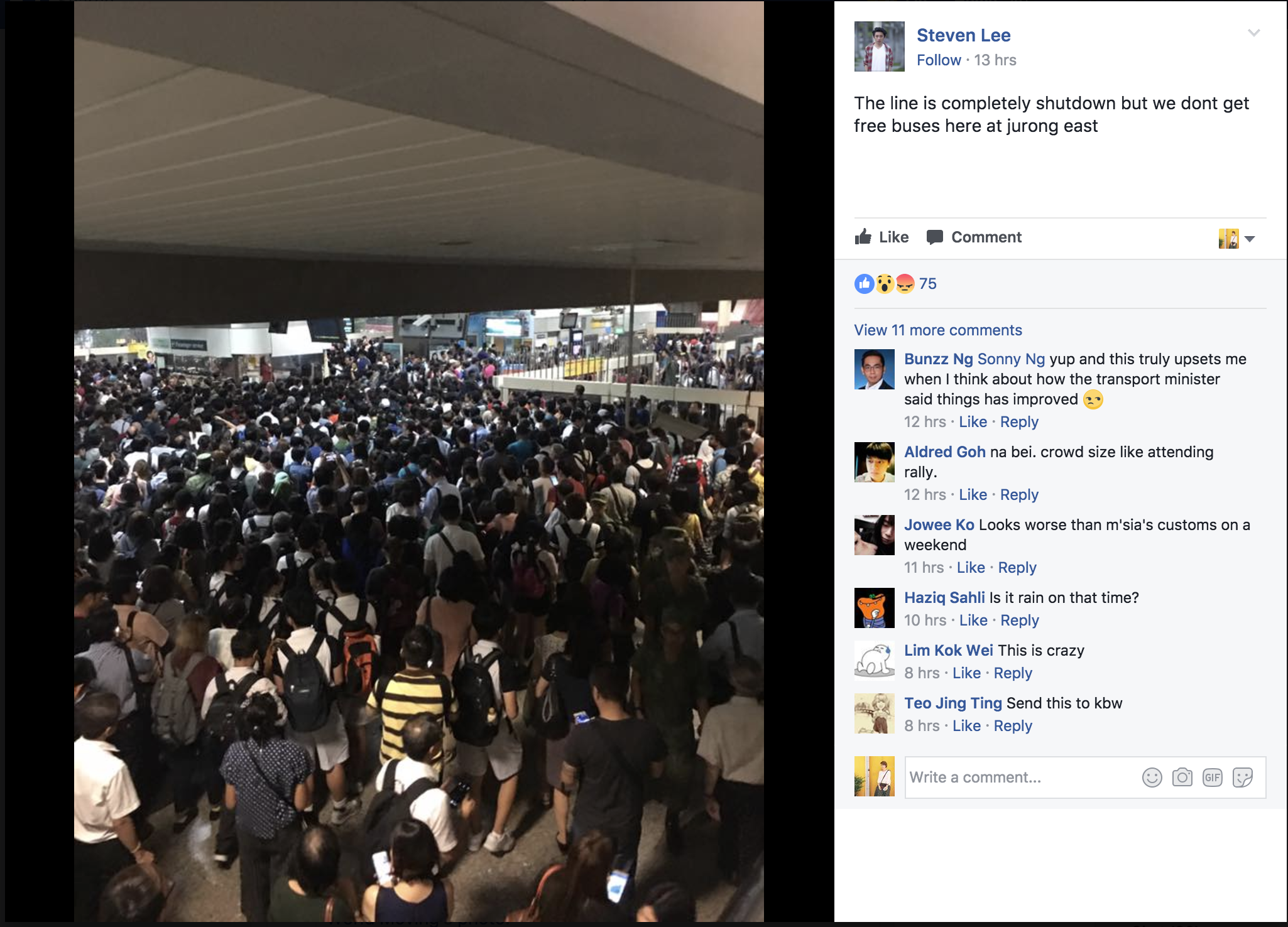 Commuters also raised the concern that such situations could result in "terrorists taking advantage of the situation to inflict maximum, nation-crippling damage."

Last month, going off-script in a prepared speech on Singapore's rail networks, Transport Minister Khaw Boon Wan slammed the media for their coverage on the train delays, alleging that they "magnified the problem unfairly."