Indian Union Commerce and Industry Minister Piyush Goyal interacted with the Indian diaspora in London on Sunday as part of his three-day visit to the United Kingdom (UK). He is set to participate in the India Day Conclave tomorrow and introduce various investment opportunities in India. 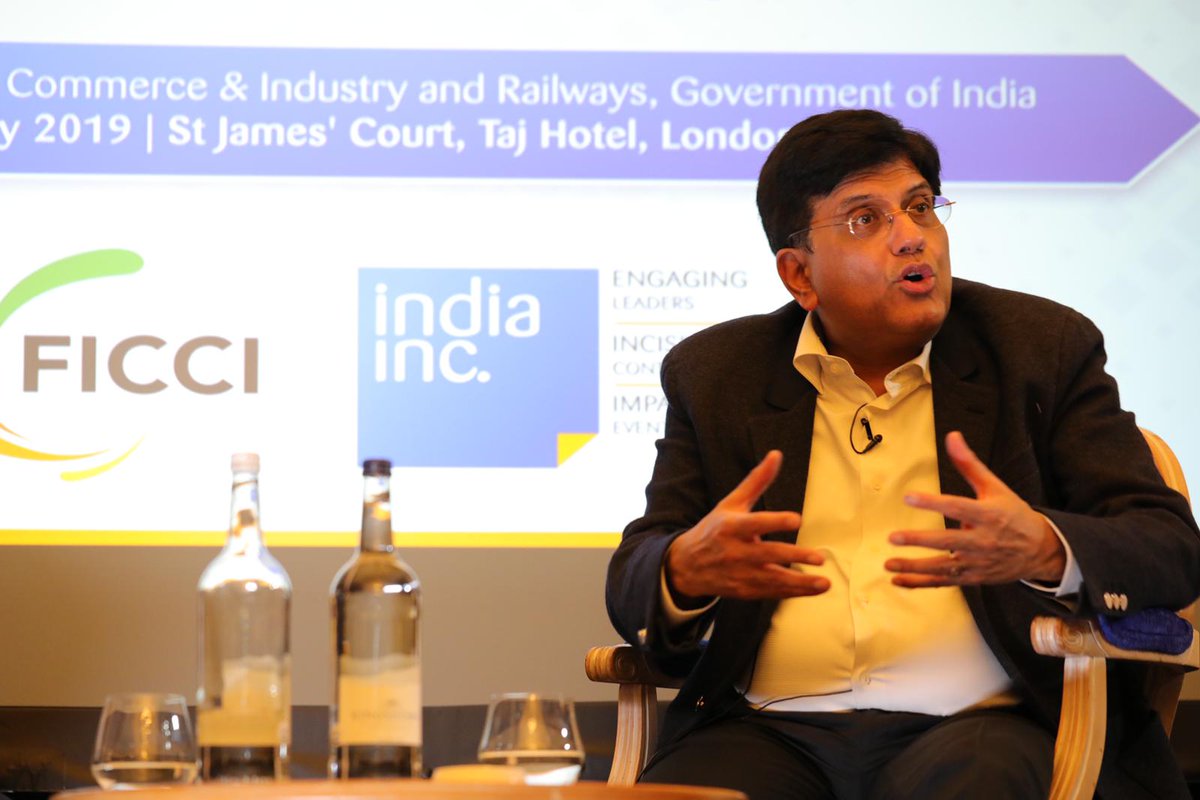 Indian Commerce and Industry Minister Goyal said, “The diaspora has made India proud, with its achievements, contribution to better relations with the UK and certainly with the way the Indian community has earned respect and found a place of its own in the UK.” Photo courtesy: Twitter/@PiyushGoyal

During a fireside chat with India Inc. CEO Manoj Ladwa, the minister, who also holds the Railways portfolio, shared his thoughts on various topics ranging from Indian Railways, corruption, India-UK trade, renewable energy and the vision of achieving a USD 5 trillion economy by 2024.

Thanking the UK Indian community for their role in developing India-UK ties, Goyal said, “The NRIs has made India proud, with its achievements, contribution to better relations with the UK and certainly with the way the Indian community has earned respect and found a place of its own in the UK.”

The minister is also scheduled to address the India-UK Joint Economic Trade Committee (JETCO) in London and meet British Secretary of State for International Trade, Liam Fox. India-UK Trade and Economic Relations are reviewed annually by the JETCO at a ministerial level.

The India Day conclave is co-hosted by the UK Government and the City of London. Over 300 delegates from the UK and India’s financial sectors, including senior bankers, chief financial officers, major international institutional investors, lawyers, insurance brokers and fund managers are expected to attend the conclave.

“One of the key objectives is to show opportunities to invest in India to the City of London’s most prominent institutional investors,” a statement issued by the Commerce Ministry read.

As per figures, currently, the UK is the third-largest investor in India and is among the country’s main trading partners. The volume of bilateral trade between the two nations currently stands at 13.6 billion euro.

Goyal will also visit the University College London (UCL) centre of excellence which is looking at opportunities arising from Artificial Intelligence (AI) in collaboration with Indian partners.