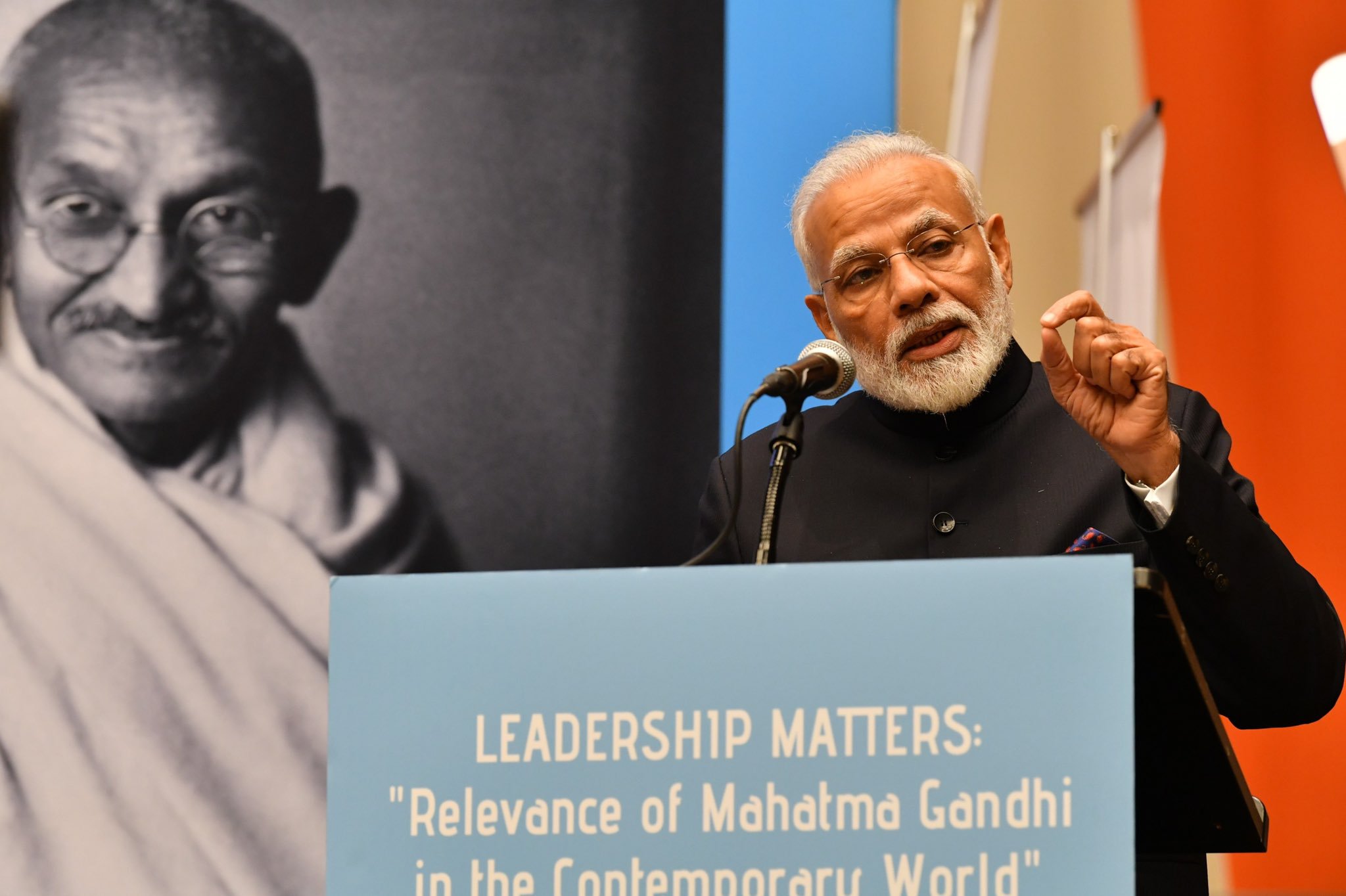 Indian Prime Minister Narendra Modi participated in the celebrations commemorating the 150th birth anniversary of Mahatma Gandhi in New York on Tuesday. Modi shared his thoughts on Mahatma Gandhi at a programme hosted by India at the United Nations (UN), inaugurated the Gandhi Solar Park at the UN headquarters and released a commemorative stamp issued by the UN.

The world comes together to pay homage to Mahatma Gandhi on his 150th birth anniversary!

I thank all those who came for the special programme at the @UN on the relevance of Gandhian thoughts.

In the august presence of various world leaders, a stamp on Gandhi Ji was released. pic.twitter.com/oAq5MOrrKF

Speaking on the "Relevance of Mahatma Gandhi in the Contemporary World", Modi said the platform was a living example that Mahatma Gandhi was from India but did not belong only to India.

"Even those who had never met Gandhiji were deeply influenced by his life. Whether it was Martin Luthar King Jr or Nelson Mandela, the foundation of their beliefs was Gandhiji, his vision," he said. 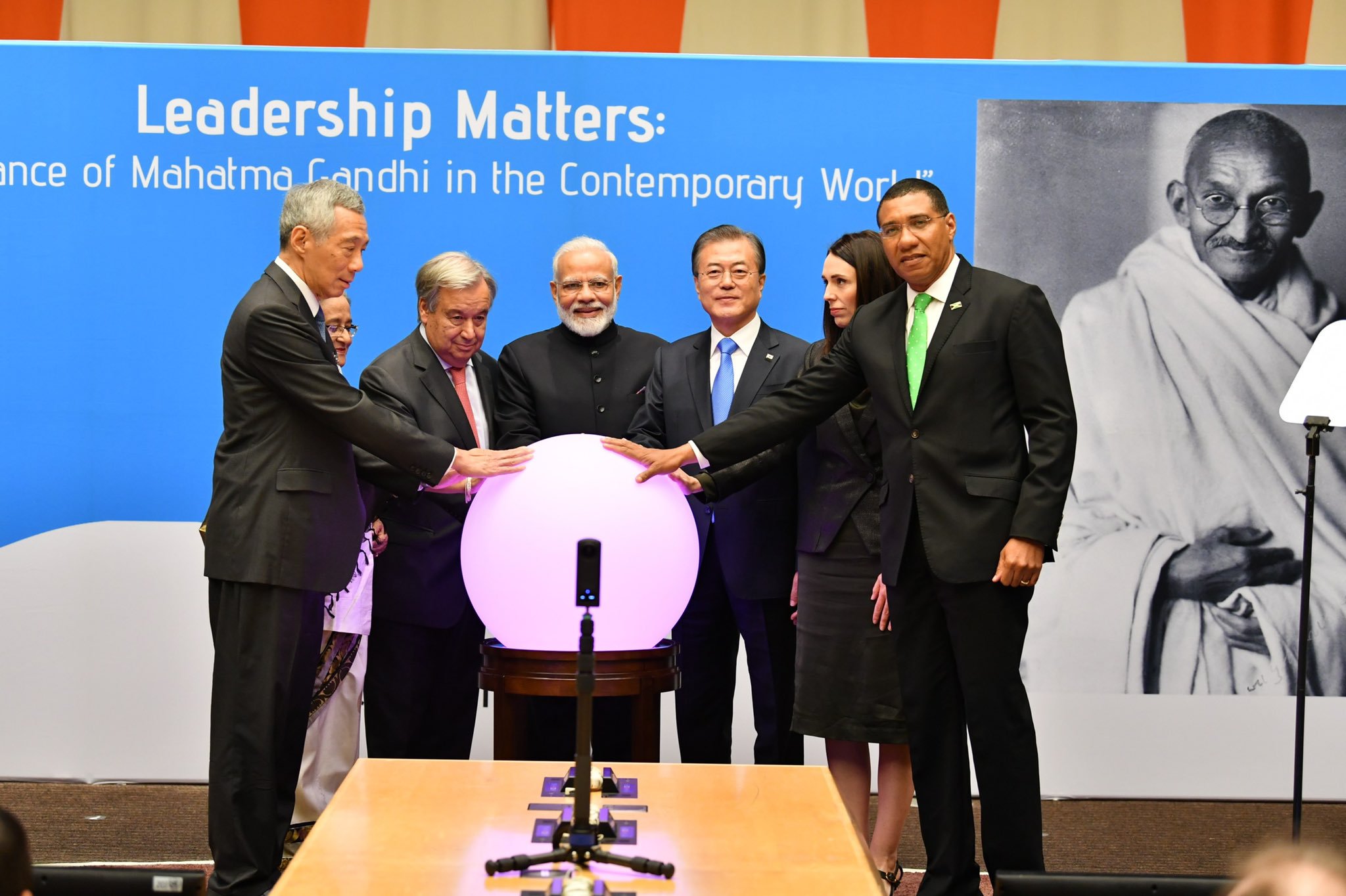 Mahatma Gandhi had pledged to build a society that was not dependent on the government, the prime minister said, adding, "Everyone knows that he had brought change, but it would also be right to say that he had awakened the inner strength of people so they could bring the change themselves."

Epitomising Bapu’s message of living in peace and harmony with the planet, PM @narendramodi and other leaders jointly inaugurated solar panels atop @UN Headquarters & the Gandhi Peace Park in New York. A stamp on Mahatma Gandhi was released by the UN on the occasion. pic.twitter.com/g2kJvgw54z

Mahatma Gandhi never wanted to create influence through his life but his life itself became the reason for inspiration, he said, adding, "Today we are living in an era of ’How to Impress’, but Gandhiji's vision was ‘How to Inspire’."

A tribute to Mahatma Gandhi from the @UN! https://t.co/ZgBDiBoNm5

"Whether it's climate change or terrorism, corruption or selfishness in public life, Gandhiji's ideals are the guiding light for us when it comes to protecting humanity. I believe that the path shown by Gandhiji will lead to a better world. I believe that as long as Gandhiji''s philosophy remains embedded in humanity, he will remain relevant and continue to inspire us," Modi said.