With Lucknow set to host India Prime Minister Narendra Modi for the country's main International Day of Yoga (IDY) event on June 21 this year, a group of school students from the city are going to perform various asanas at the United Nations (UN) headquarters in New York.

CMS students said that the occasion was a matter of great happiness and pride for all Indians.

"It is a blessing for us to have got the golden opportunity of presenting yoga at the UN headquarters and thus spreading our country’s ancient culture all over the world," they said. 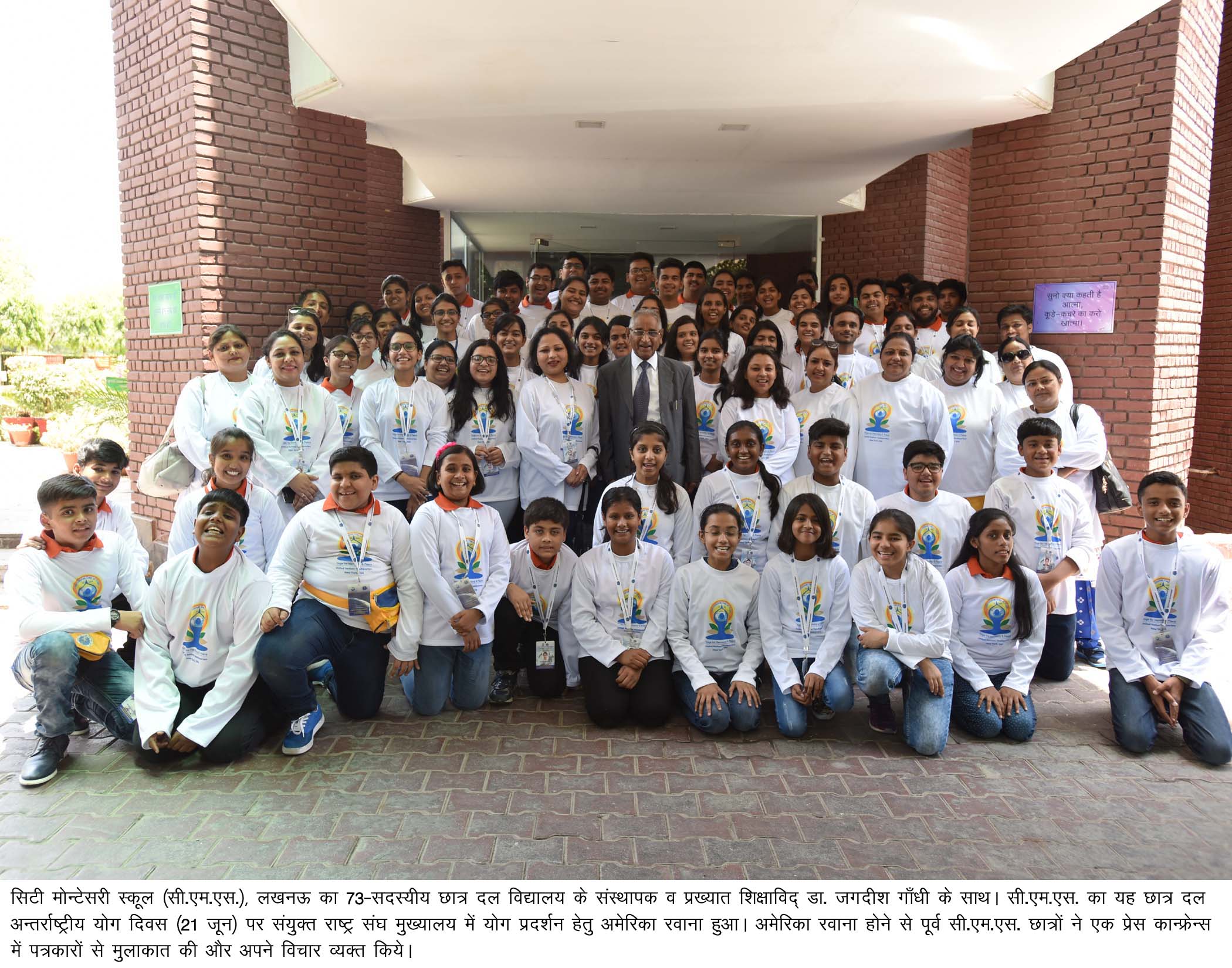 A 73-member team of City Montessori School (CMS), Lucknow, will leave for the United States for a live performance at the UN Headquarters on June 21. Earlier, on May 19, they had staged a special performance before Uttar Pradesh Chief Minister Yogi Adityanath at his official residence.

"We have trained 73 students from different classes to perform at the mega event on Yoga day at UN. It will also be attended by UN Secretary General Antonio Guterres," CMS founder Jagadish Gandhi said. "They will leave for the US tomorrow and also visit parts of New York during their stay. A special performance was arranged at the CM's residence where the students were also awarded," he added. During their educational tour, the students will also visit J.F. Kennedy Space Center at Cape Canaveral, Florida, USA and do some sightseeing.

On PM Modi's call, the UN General Assembly declared in December 2014 that June 21 would be observed as International Yoga Day every year. Lucknow will be hosting the main event for the Yoga Day this year in which the PM Modi and Yogi Adityanath will participate along with 55,000 people.

Around 5,000 students of City Montessori School will also participate in the event in the state capital. These children have been trained for a month by yoga trainers deputed by the State Government.

The first Yoga Day celebration in the country was organised at the Rajpath in New Delhi on June 21, 2015, in which representatives of 191 countries had participated. Last year, the main was organised at Chandigarh.