The cultural connect between Singapore and India has a rich and long history and has only grown in leaps and bounds over the years due to significant presence of the Indian diaspora in the Lion City. And this special bond between the two countries was in the spotlight on Day 1 of the Singapore Film Festival currently underway in the Indian capital of New Delhi.

The opening feature of the event highlighted the richness of Tamil culture in the Lion City. Photo: Connected to India

The three-day event organised by the Singapore High Commission, which returns after two years, launched this year’s edition with a screening of Singaporean filmmaker Abbas Akbar’s ‘Chennai2Singapore’, one of the first examples of a collaboration between the Tamil and Singaporean film industries.

Gracing the opening day was Singapore’s High Commissioner to India HE Lim Thuan Kuan, who spoke to Connected to India about how such events were part of a growing series of collaborations between Indian and Singaporean artists, not only in film but in dance and art as well.

“These exchanges add a cultural component to the bilateral relations between our countries at the people-to-people level,” he told Connected to India. 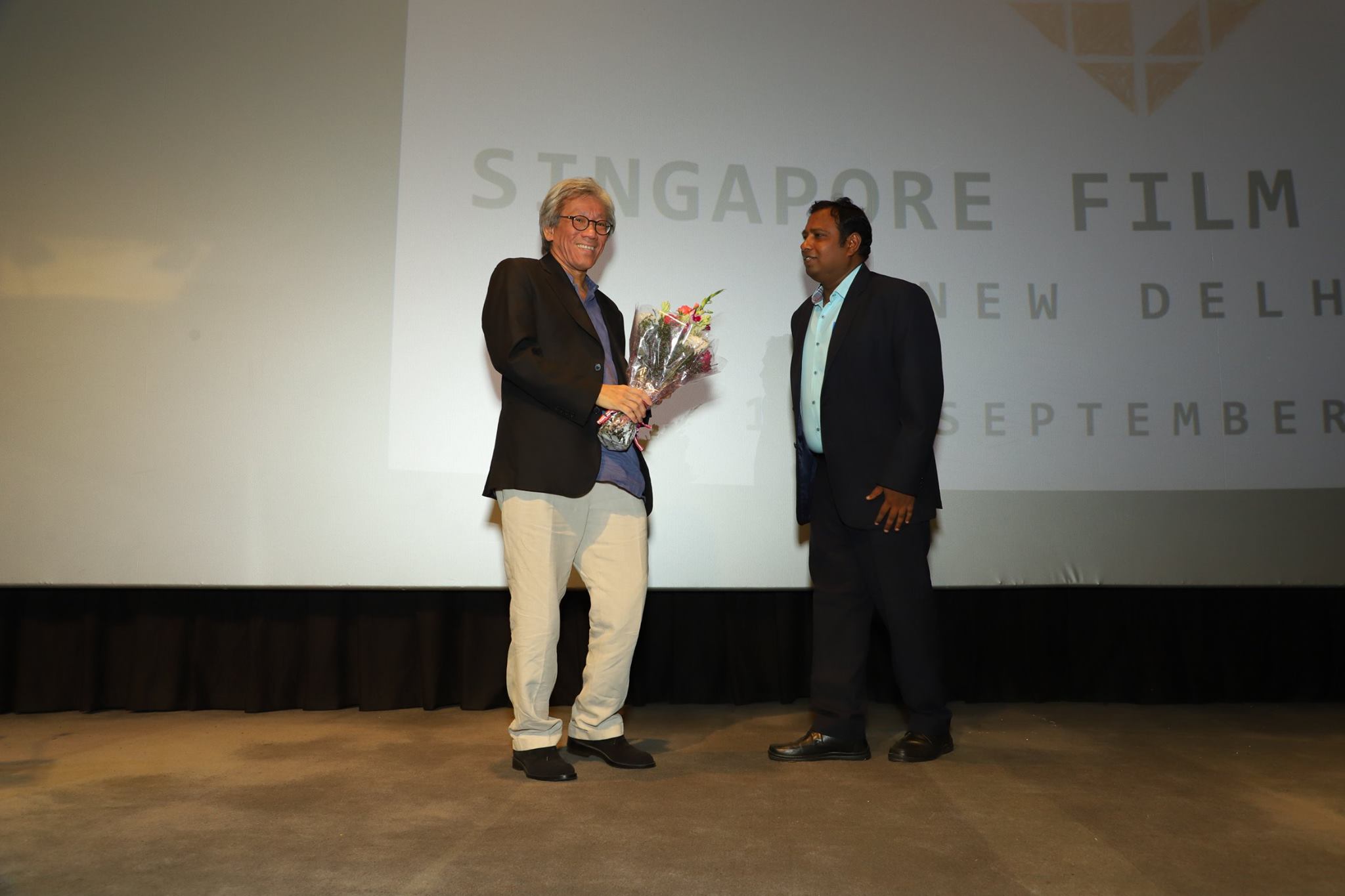 “The idea behind it is to bring Singapore to India and India to Singapore. Joint collaborations bring the two sides closer together. Films are actually a way of gauging cultural society through the eyes of the filmmaker and I think this is important as it helps us to create a pattern of understanding of where our societies are, which is useful to the peoples of our two countries.”

The opening feature of the event highlighted the richness of Tamil culture in the Lion City.

‘Chennai2Singapore’ chronicles the story of an Indian filmmaker who makes his way to Singapore to look for investors for his movie and the obstacles he faces. Of course, once he meets a girl, the movie’s focus switches to the romance and the antics of the characters. highlighting the most colourful and chaotic aspects of Indian cinema contrasting with the well-ordered backdrop of Singapore.

'Chennai2Singapore' blends the colourful acting and drama of Tamil movies with the structure and deatailed storylines of Singaporean features. Photo: Connected to India

The remaining two days of the festival will feature different aspects of Singaporean culture, showcasing the unique nature of the city-state.

"The festival shows that Singapore has stories to tell that can resonate beyond our shores to international audiences," said Ong Chong Hui, First Secretary at the Singapore High Commission.

The second day will feature three curated short films - ‘Melodi’, which is an award-winning short about a boy infatuated with his neighbour; ‘BTO’, which is named after Singapore’s Build-To-Order public housing scheme popular with newly-married couples and; ‘Life As It Is’, which is about a family gathering at a funeral. The short films will be followed by a feature, ‘Ramen Teh’, about a chef in Japan who travels to Singapore to learn about his departed mother’s past. The film will be followed by a discussion with Murtuza Ali Khan, Film Editor at Café Dissensus, New York.

The closing day of the festival will feature ‘3688’ directed by Royston Tan, about a parking attendant dreaming of becoming a singer like iconic Taiwanese singer Fong FeiFei.