Changi Airport Terminal 2 resumed operations on the morning of Wednesday, May 17, 2017, with flights departing as scheduled.

However, there were some businesses remained shut, in the aftermath of a fire which broke out on Tuesday evening. The fire incident led to T2’s unprecedented shutdown. Operations were back to normal about nine hours after the fire alarm went off, according to Todayonline on May 18. 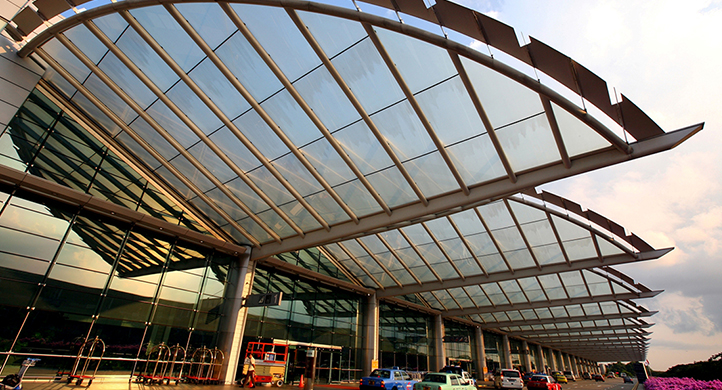 Indian fast-food restaurant Chutney Mary, which was located on level three of the building, remained closed due to water leakage and power outage. The restaurant’s manager, Mohan Hase, told Todayonline that they discovered that power was cut at 10.30pm on Tuesday after employees were allowed to enter the premises. The electricity supply had not been restored on Wednesday morning.

According to Hase, water from sprinklers activated on the fifth floor of the building had leaked through the ceiling into the restaurant’s kitchen and dining areas. The restaurant’s losses were estimated at S$8,000 - there were no customers and food had been damaged. “Because we had no electricity, the fridge was affected. We had to throw away everything, frozen meats, vegetables, bread and cheese,” explained Hase.

There was water dripping from the ceiling near the cashier’s station and the back of the dining area on Wednesday morning, according to Nando's business development executive Ng Kok Leng. The eatery’s feature wall, which was made of sand, had also been damaged by seeping water. Nandos’ employees covered Dining tables and chairs  in the restaurant were covered with plastic sheets to prevent further damage.

Changi Airport Group (CAG) told Todayonline that  about 40 flights were affected and a few were cancelled as a result of the fire. Affected passengers were given food vouchers and accommodation by the respective airlines. Normal operations at Terminal 2 resumed at 3am on Wednesday.