Popular comedian Raju Srivastava, who had been a part of several comedy shows including 'The Great Indian Laughter Challenge', 'Comedy Circus', 'The Kapil Sharma Show', 'Shaktimaan' and others, breathed his last in Delhi’s AIIMS today. He was 58.

He was admitted to the hospital after suffering a heart attack on August 10. He will be cremated tomorrow at 9.30 am. 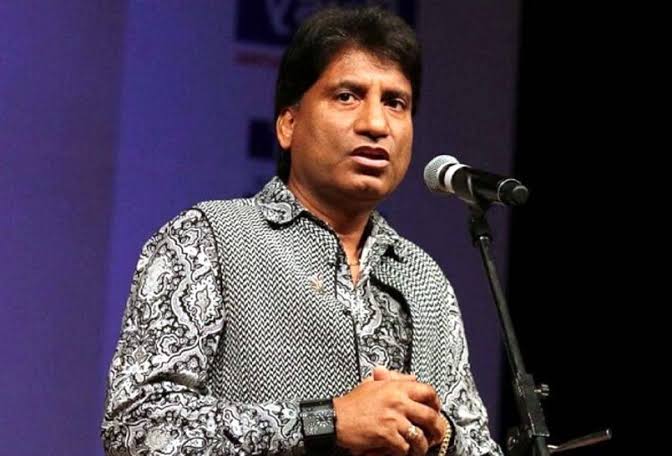 Srivastava, who received widespread recognition after participating in the first season of the stand-up comedy show 'The Great Indian Laughter Challenge' in 2005, was part of the Indian entertainment industry since the late 1980s. Photo courtesy: Twitter

Reacting to Raju’s death, actor Mukesh Tyagi told Connected to India, “I feel the loss of Raju Srivastava as he was just not a comedian but one of the finest personalities. Raju has maintained a very consistent character and he was a global icon in the comedy world and I think entire film industry right from the top to bottom is well aware of his gajodhar character and mimicking actor Amitabh Bachchan. All my condolences to his family.”

“Raju ji was one of the comedians that gave comedy a new dimension. While Johnny Lever Saheb made a big name in films, Raju bhai, created characters like Gajodhar and others that were relatable to the common man. He became an integral part of live shows with A-list actors and singers and soon branched out on his own, by creating his own shows. I was fortunate to be a small part of his journey and growth, as he did more than 100 shows with Kumar Sanu ji, and we travelled together around the world,” said Kunickaa Sadanand, Actor-Producer/Advocate/ Activist.

Raju Srivastava brightened our lives with laughter, humour and positivity. He leaves us too soon but he will continue to live in the hearts of countless people thanks to his rich work over the years. His demise is saddening. Condolences to his family and admirers. Om Shanti. pic.twitter.com/U9UjGcfeBK

Veteran actors like Ajay Devgn, Madhur Bhandarkar, Rajpal Yadav and more remembered the late actor while they thanked him for making India laugh.

Devgn paid tribute to the 58-year-old actor by saying that in Srivastava's lifetime, the comedian gave everyone laughs and more laughs, on and off-screen.

"In your lifetime you gifted us laughs & more laughs, on & off the screen. Your untimely demise makes me very sad. RIP Raju. Shanti. May the Almighty give your family strength in this hour of bereavement," the 'Drishyam 2' star wrote on Twitter.

Veteran actor Anupam Kher said that out of all the times he met the comedian, he never seemed serious or angry and made sure to spread joy and laughter. Taking to his Twitter handle, 'The Kashmir Files' actor shared a video where he talked about how warm and humble Raju Srivastava was.

"He always used to say good things about everyone, send blessings and love to all," the actor said. He lauded Srivastava for not just supporting fellow comedians, but also changing the face of comedy in India. Kher also revealed that he constantly spoke to Raju's family while the latter was hospitalised, adding that he was taken away too soon.

Concluding his tribute, Anupam Kher hoped that Srivastava rests in peace. "We've lost a very, very good soul and human being, and may god give his family strength to deal with this loss," he added.

Film-maker Madhur Bhandarkar called Srivastava's untimely demise a piece of "tragic news". "Saddened to hear the tragic news of Raju Srivastav's untimely demise. He made us all laugh with his amazing comic timing for so many years we have lost a gem. My deepest condolences to his family members & admirers," he tweeted.

Srivastava, who received widespread recognition after participating in the first season of the stand-up comedy show 'The Great Indian Laughter Challenge' in 2005, was part of the Indian entertainment industry since the late 1980s.

"I have no words to describe this loss. You have left us all too soon. You will be missed my brother. I just can’t believe this," Yadav wrote.

The Union Minister for Road Transport and Highway Authorities, Nitin Gadkari offered condolences on Raju Srivastava's death. He tweeted, "Anguished to hear about the demise of Comedy Legend Raju Srivastav Ji. An Entertainer par Excellence, his mannerisms & observational comedy truly mirrored the daily life of us Indians. My condolences to his family members. Om Shanti"

"Raju Srivastava is no more with us. I, on behalf of the people of UP, pray that his soul rests in peace," he wrote.