On December 26 2020 you can watch Dastak’s children’s production "Earthward Ho" revolving around animal cruelty, on Colors TV Asia Pacific at 10 am. 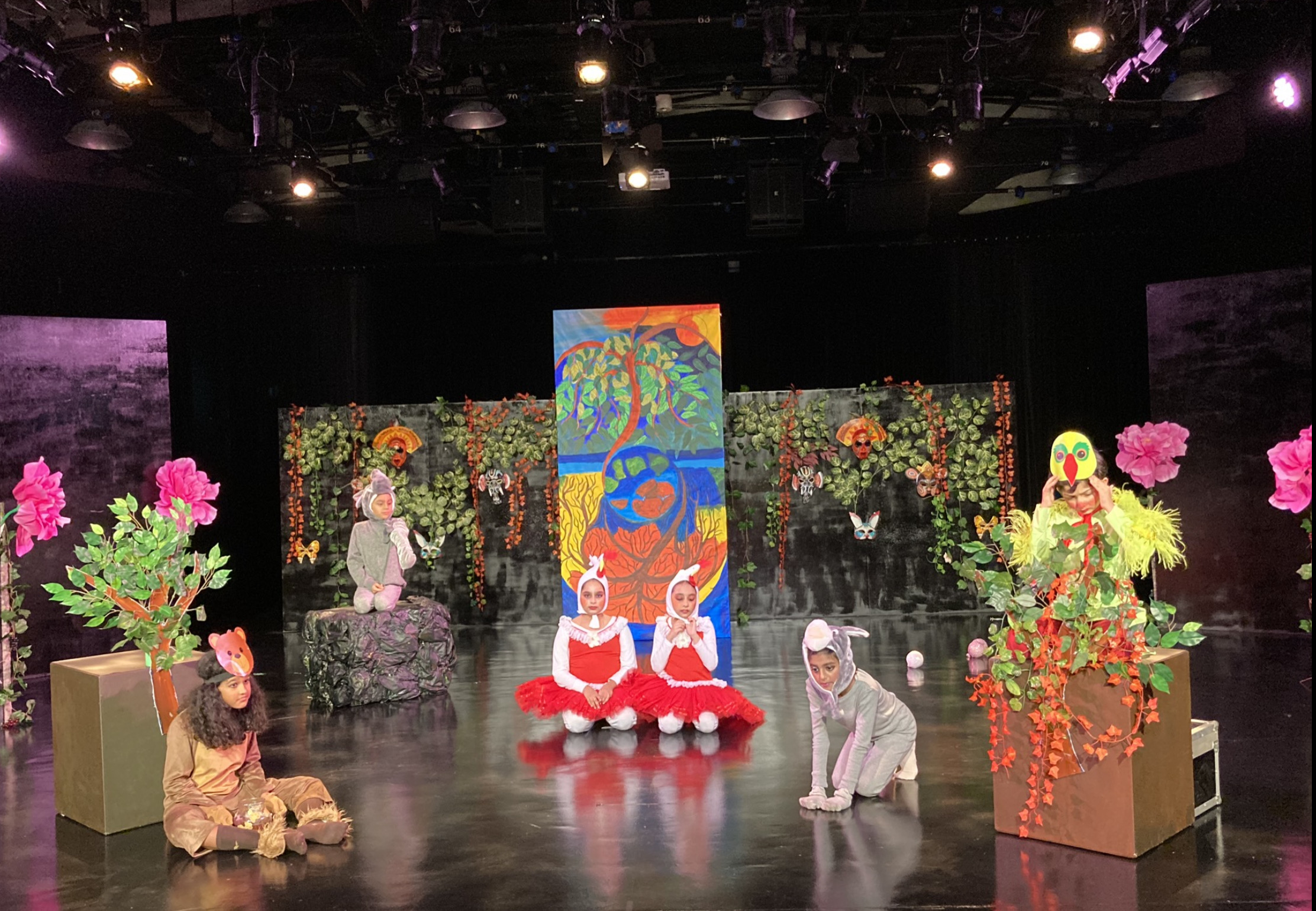 It will be the first time that a children’s play production, in Hindi and produced and shot in  Singapore, is being premiered on an Asia Pacific-wide channel.

“It is a musical and hence includes elements like music and dance and has been filmed using sets and all technical aspects”, says Artistic Director and Curator  Shalaka Ranadive.

Indian diaspora is well known for its love for Bollywood, but the diaspora theatre scene too is growing from strength to strength; and during COVID-19 enthusiasts have continued to ply their craft online. 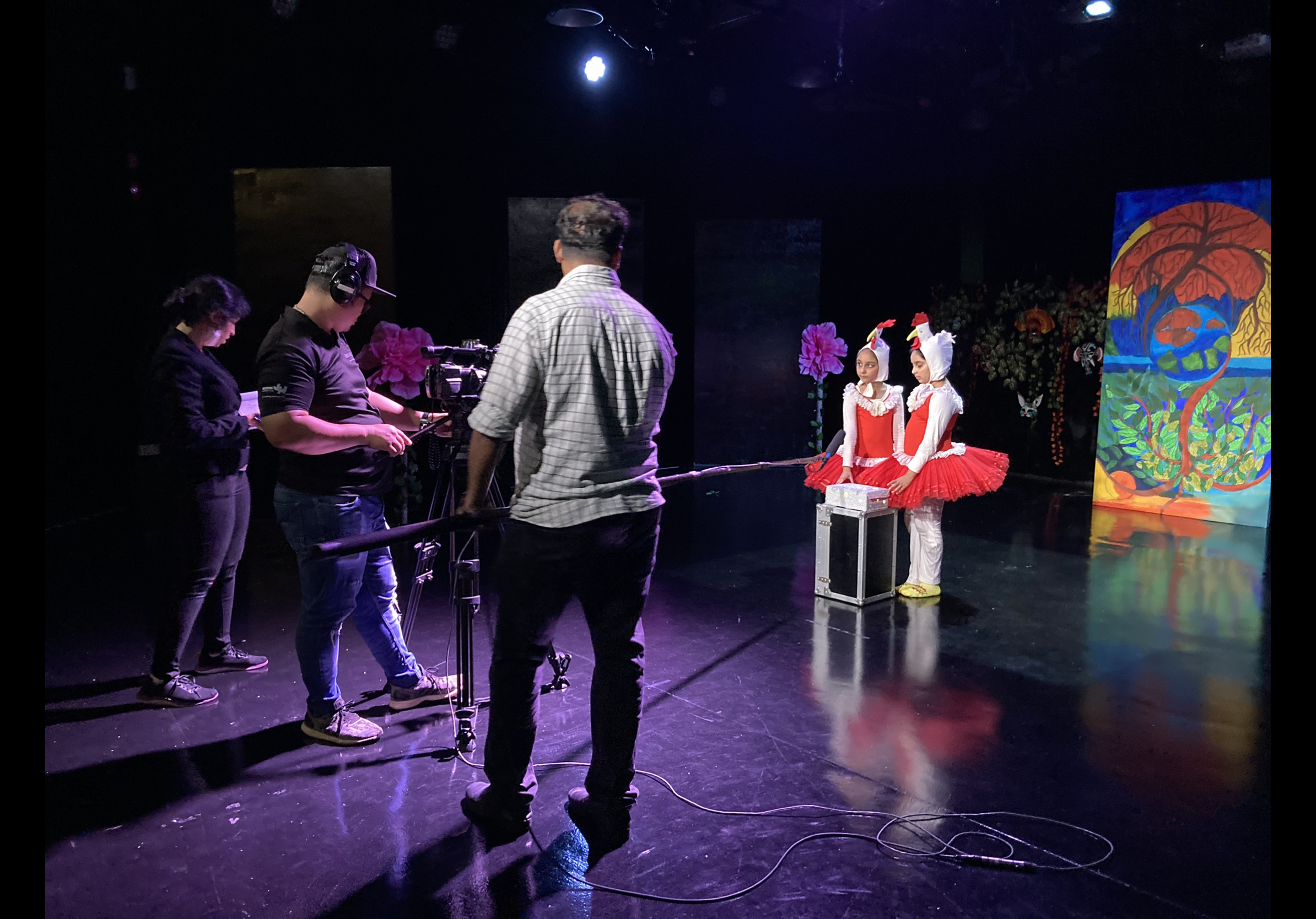 Dastak’s theatre training workshop that ran from March 2020 to November 2020 led to this stage production with 20 children in the age group of 7 - 13 years.

The participating children in the workshop provided their ideas and inputs to conceptualise the story which was subsequently scripted by Sunita Lad Bhamray. The title Earthward Ho’ was suggested by one of the children.

“In spite of this year being challenging, we managed to train 20 children in drama remotely during lockdown and finally on the ground during Phase 2”, says Ranadive about the classes which started online in compliance with the COVID-19  distancing guidelines before eventually moving to a rehearsal space after the circuit breaker. 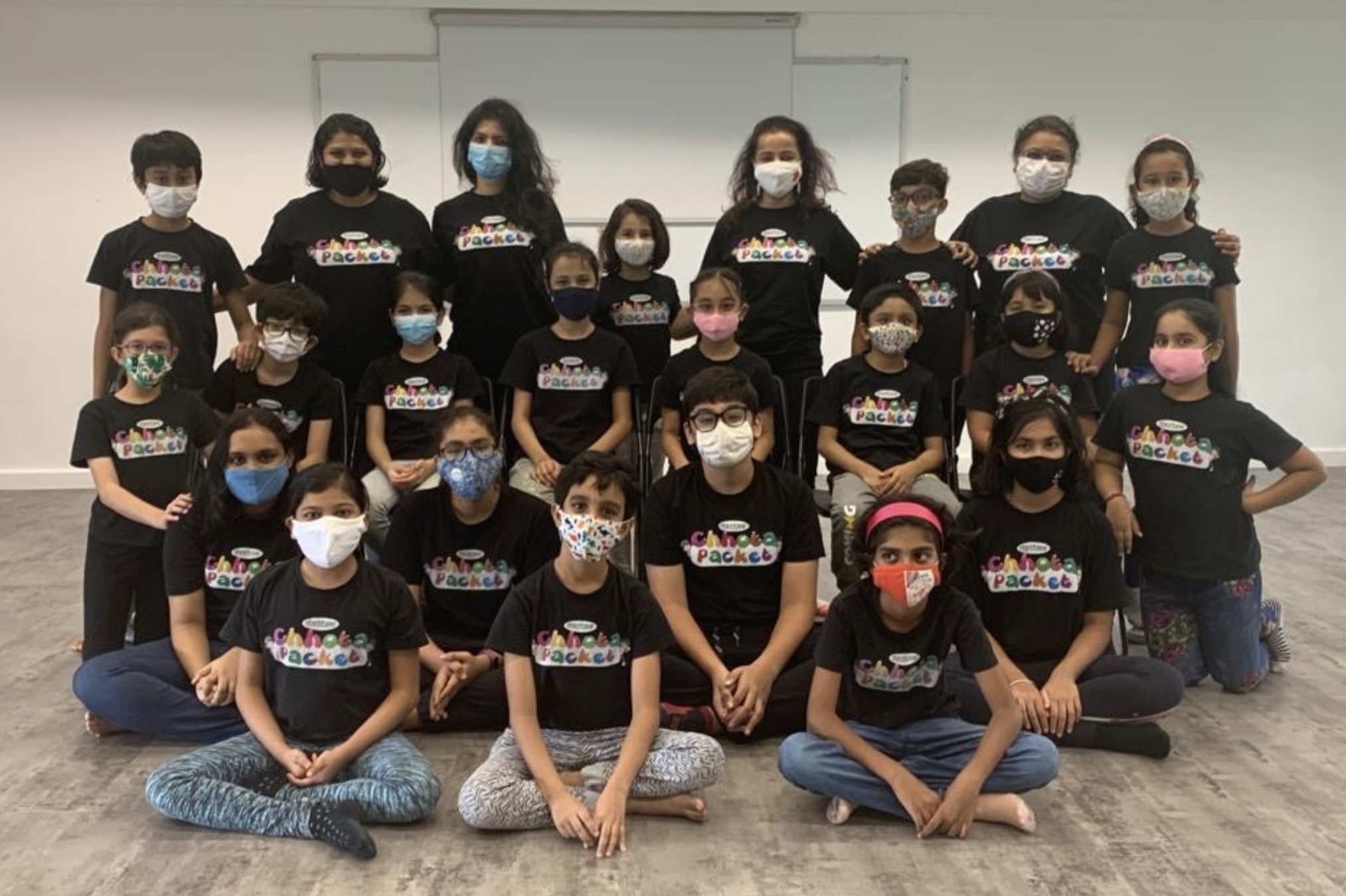 The title Earthward Ho’ was suggested by one of the twenty children who attended Dastak's workshop with Shalaka Ranadive (centre top row). Photo Courtesy: Dastak

“We have also tied in with ACRES and Wildlife SOS for a panel Discussion as the theme resonates with their organisations”, she adds.

Animal Concerns Research and Education Society, Singapore  (ACRES) is a local charity and an Institution of Public Character that advocates for an end to animal cruelty in Asia.

Wildlife SOS is a conservation non-profit in India with the primary objective of rescuing and rehabilitating wildlife in distress and preserving India’s natural heritage. It is currently one of the largest Wildlife Organisations in South Asia. 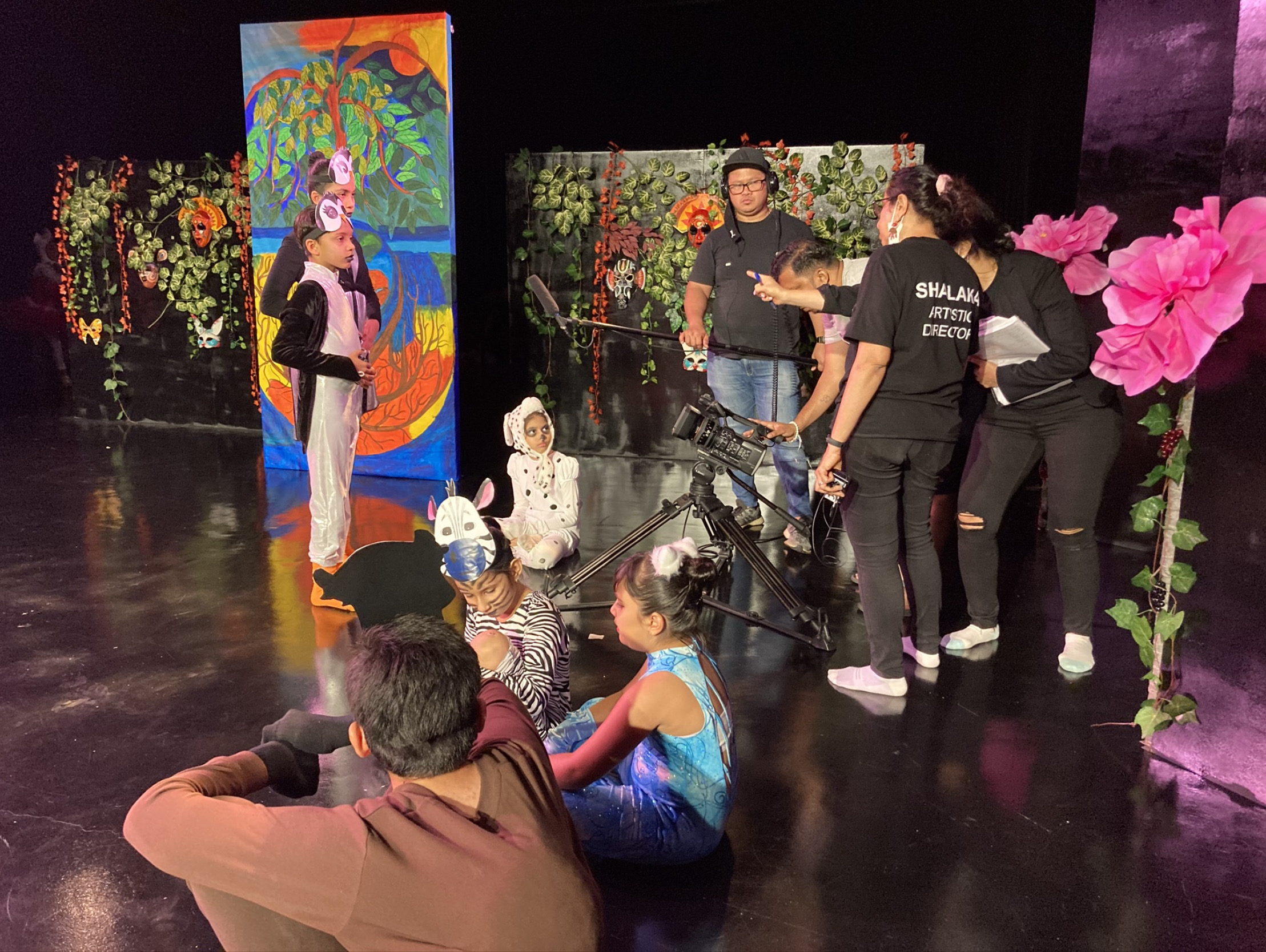 “A play with the underlying theme ‘Animal Kindness’ will give a message to the younger generations on what steps they need to take to care for the natural environment”, says Ranadive.

The play has three original soundtracks composed by Ireland based music composer,  Akshay Avdhani who has also composed the ‘DASTAK’ theme music and performed live for all  ‘Nukkad’ (Dastak street performances) shows too.

The lyrics have been written by Tanuj  Khosla and Aditya Mazumdar both are based in Singapore and are a part of the local theatre fraternity.

The songs have been sung by 11 young children from age group 8-13 years from  ‘Tat tvam Asi’ a local music institute in Singapore. 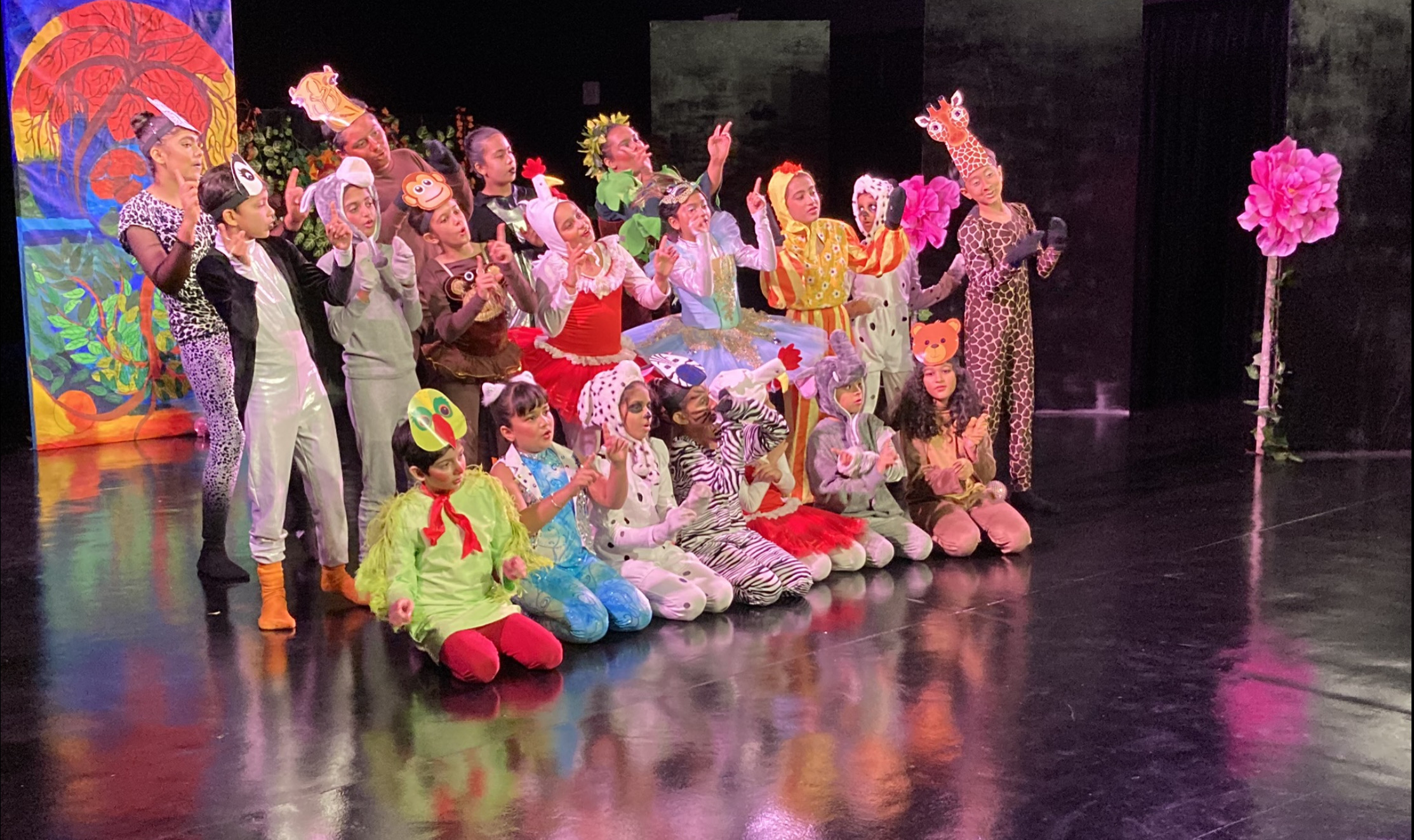 The play is a musical and the songs have been sung by 11 young children of 8-13 years age from ‘Tat tvam Asi’ a local music institute in Singapore. Photo Courtesy: Dastak

‘Earthward Ho’ is about a fictional planet ‘ Anamalia’ where only animals reside and  one day they decide to go on an adventure trip to visit the Earth. On their visit they witness and see how human beings are cruel to animals.

Directed by Deepika Rajani the play focuses on educating children and adults alike on animal cruelty & kindness with the underlying theme being converting cruelty to compassion.

Dastak in now in its fifth year and is supported by the National Arts Council Singapore for fifth year running, while Dastak Chhota Packet enters its second year with this production. 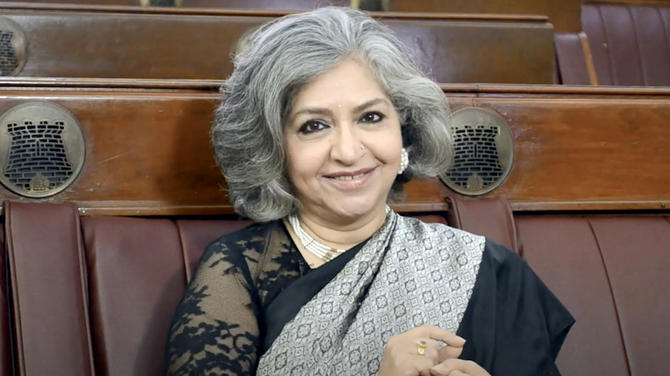 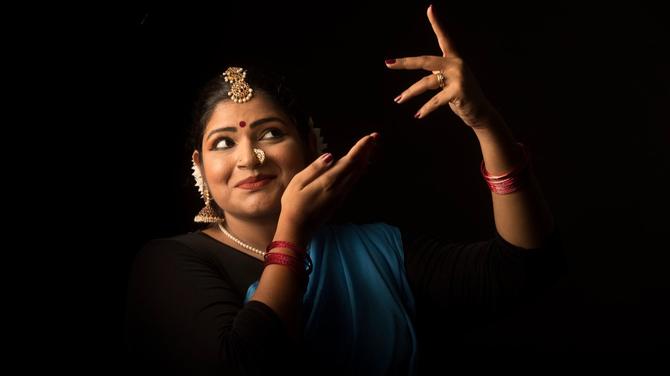 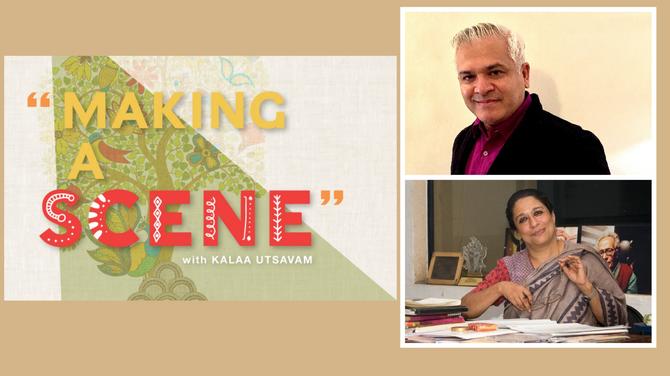