Following a lengthy legal battle, an Indo-Canadian businessman originally from Bhuj, Gujarat, has been awarded USD1.2 million in damages after he was defamed in a series of fake news articles instigated by a prominent American blockchain investor. 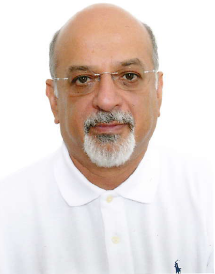 “I have closure finally and I can move on with my life,” Altaf Nazerali said. Photo courtesy: altafnazerali.com

Legal experts said it was one of the biggest compensations of its kind in Canada.

Vancouver-based Altaf Nazerali had sued Patrick Byrne, CEO of online retailer Overstock.com, for a campaign of lies aimed to tarnish the reputation of the NRI businessman.

“I have closure finally and I can move on with my life,” Nazerali said. “It’s a vindication for … putting down fake news and fighting it. It came at a tremendous cost, but it feels great, because as I understand it, my case has now become a reference for similar defamation cases in Canada and elsewhere.”

American blockchain investor Patrick Byrne challenged the judgment in the Supreme Court of Canada which last week threw it out. Photo courtesy: scc-csc.ca

The huge compensation for Nazerali comes after a seven-year legal battle to clear his name after a series of articles published in 2011, on an American website DeepCapture.com owned by Byrne. The website tried to depict the NRI businessman as a drug trafficker, arms dealer and gangster and a financial supporter of al-Qaida. The articles tried to show that he had links to Russian and Italian mafias.

The articles were written by Mark Mitchell and published on the website which reports on criminal financial conspiracies.

In its 2016 judgment in favour of the NRI business, Justice Kenneth Affleck of Vancouver-based British Columbia Supreme Court had said: "Mitchell, Byrne and Deep Capture LLC engaged in a calculated and ruthless campaign to inflict as much damage on Nazerali''s reputation as they could achieve. It is clear on the evidence that their intention was to conduct a vendetta in which the truth about Nazerali himself was of no consequence."

The American blockchain investor challenged the judgment in the Supreme Court of Canada which last week threw it out.