Canada's opposition yesterday called for Defence Minister Harjit Sajjan to resign for making misleading statements about his military record in Afghanistan during a speech in India.

Sajjan, a decorated former military intelligence officer, claimed in New Delhi last month to have been the "architect" of Canada's largest military operation since the 1950s, known as Operation Medusa, which records proved to be false. 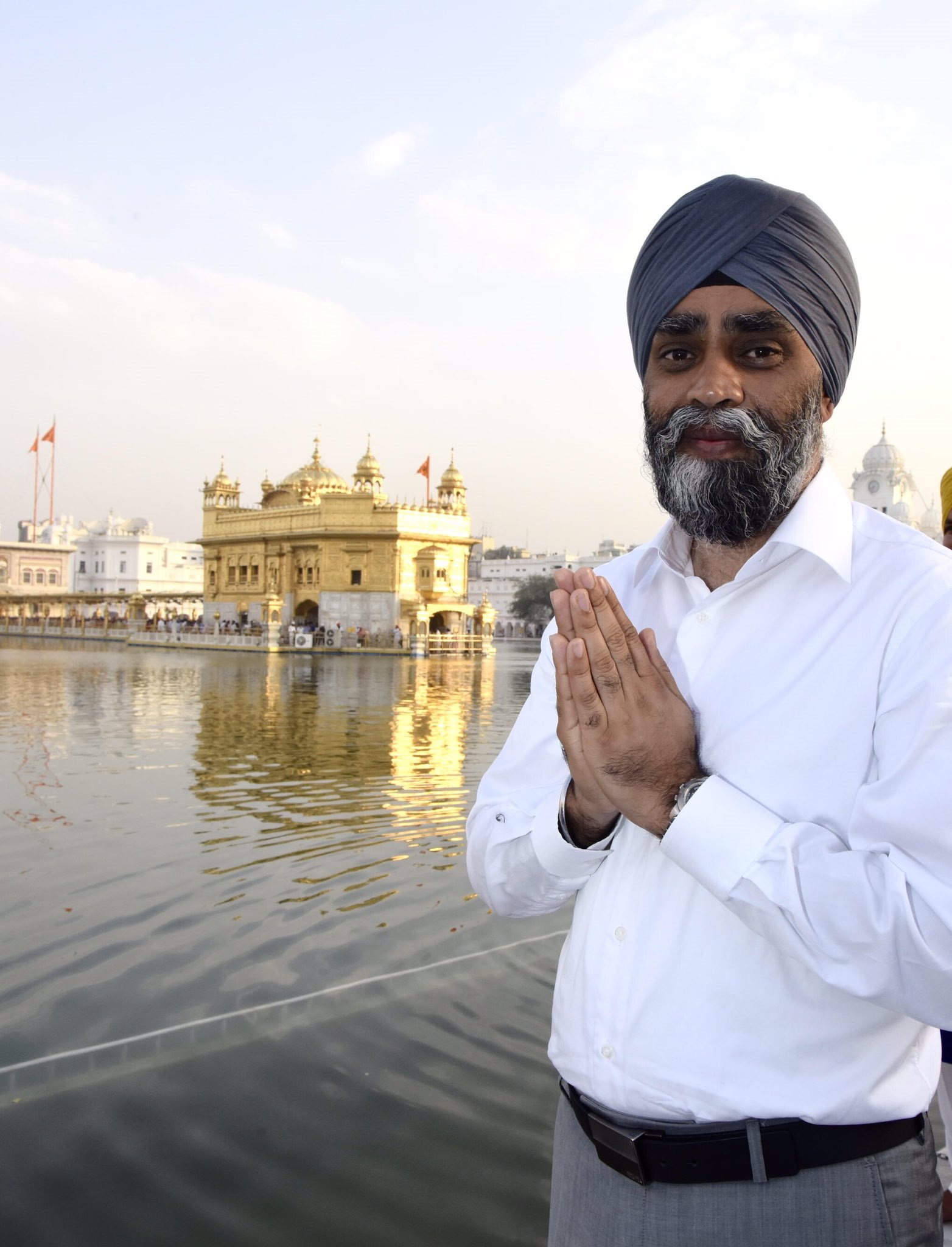 The offensive against the Taliban in 2006 in the Kandahar province led to the deaths of a dozen Canadian and 14 British soldiers, but shook the grip of the Afghan organisation on the region.

"It's come to light that the minister of defence has misled Canadians once again and it's a big one," said Rona Ambrose, leader of the opposition Tories, recalling that Sajjan made a similar claim while campaigning in 2015.

It was a "whopper" of a lie to raise his own profile, said Tom Mulcair, leader of the third-ranked New Democratic Party.

Canadian Prime Minister Justin Trudeau stood by Sajjan who apologised repeatedly in the House of Commons for the "stolen valour" incident — falsely claiming war experiences or military honours not earned.

"The minister made a mistake," said Trudeau. "He acknowledged it and apologised for it. That's what Canadians expect. This minister has served his country in many capacities as a police officer, as a soldier, and now as a minister. And he has my full confidence."

"I in no way would like to diminish the great work that my former superiors and our soldiers have done on operations, and I'm truly sorry for it," he said yesterday. Sajjan was already embroiled in controversy during his recent trip to India as the Chief Minister of Punjab Captain Amarinder Singh refused to meet him, saying Sajjan was a ‘Khalistani sympathiser’.