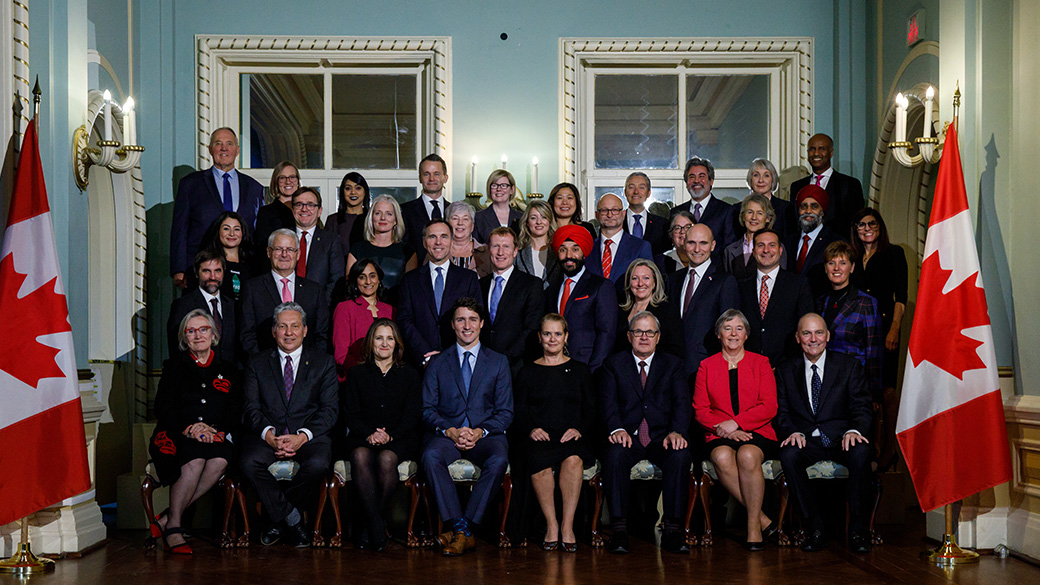 Anand, the new minister of public services and procurement, is the first-ever Hindu Cabinet minister in Canada.

Bains takes over the portfolio of minister of innovation, science and industry. Chagger has been appointed as minister of diversity, inclusion and youth, while Sajjan remains the minister of national defence.

“I’m very excited today to be able to get down to work the way Canadians asked us to in this last election. To pull together the country, focus on issues of economic growth for the middle class, to fight climate change, and to keep Canadians and their communities safe,” Trudeau said during a post-ceremony media conference.

The full lineup of the 29th federal ministry was announced at a Rideau Hall swearing-in ceremony overseen by Governor-General Julie Payette. The group will hold their first cabinet meeting in Ottawa on Thursday afternoon.

Just 11 ministers are maintaining the portfolios they had going into the election, though three of those have slightly different responsibilities.

NDP Leader Jagmeet Singh said that the lineup gives him neither more nor less confidence in this government and that he is waiting to see what changes they make. "What this government needs more than new ministers is a new commitment to working with us to deliver for Canadians," said Singh in a press release.

Conservative Leader Andrew Scheer in a statement criticised the size of the cabinet, calling it a “more bloated version of the same one that helped create an affordability crisis.”

Both Scheer and Singh have yet to unveil the lineups of their caucus members who will focus on each of the government’s portfolios and lead on related issues in the House of Commons and at committees.