NRIs from across the world are heading to India for Pravasi Bhartiya Divas 2017, which is being celebrated in Bengaluru, Karnataka, a state on the western coast of South India.

Impressive facts on Karnataka: The Partner State of PBD 2017.

Karnataka Tourism is using the opportunity of hosting the 14th Pravasi Bhartiya Divas to give the visiting NRIs a taste of the state. Offers of touring the state are being emailed to the NRIs who have registered for the annual conference.

Karnataka administration is rolling out the red carpet in a big way. “Gaurav Gupta an IAS officer with the Government of Karnataka is a regular feature of my inbox nowadays. Every morning I have invitations to visit new places like a bio-innovation centre or to visit Nandi hills or take a ride on the Golden Chariot train.” says, Himanshu Verma, Founder and CEO, Connected to India, Singapore-based NRI.

In 2015, around 3,000 NRIs had flocked Pravasi Bhartiya Divas in Gujarat. This time, much more participation is expected. KSTDC is offering a taste of tourism through buses, tour packages and short tips. There’s something for everyone, Srirangapatna, Mysore, Bandipur Tiger reserve, Bannerghatta Biological Park and Jungle Lodges camp being some of the options.

Nature lovers who want to explore more historical and cultural sights of Karnataka can visit Bandipur forest and Nandi Hills, which are quite near to the city and easily accessible. 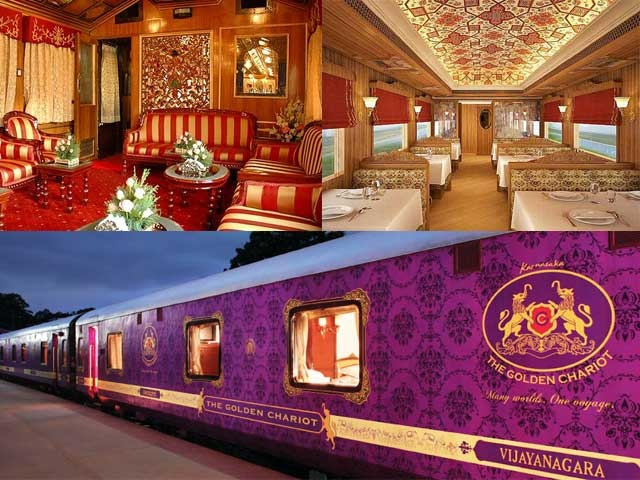 Luxury of wheels
You can also get a taste of luxury through PBD this time. The Golden Chariot, one of the luxurious train services in India is offering customised tour plan for those attending the PBD. The route covers Bengaluru, Mysore, Hospet and Hampi.

For divine souls
The ones who are looking for solace at devotional places can visit ISCKON temple – an iconic spot for spiritual tourists.  Visit to these spots include the Golden Chariot itinerary, those who avail it will also get a visit to the UNESCO world heritage sites in Hampi.