The Bur Dubai temple, visited by thousands of Hindu expatriates in Dubai, which was evacuated and shut down due to a fire, reopened its doors to devotees today, in time for the auspicious Mahashivratri celebrations.

Located in the centre of Souq Al Baniyan,  in a small alley that houses two Hindu temples, it is in the heart of one of the oldest marketplaces in Bur Dubai. 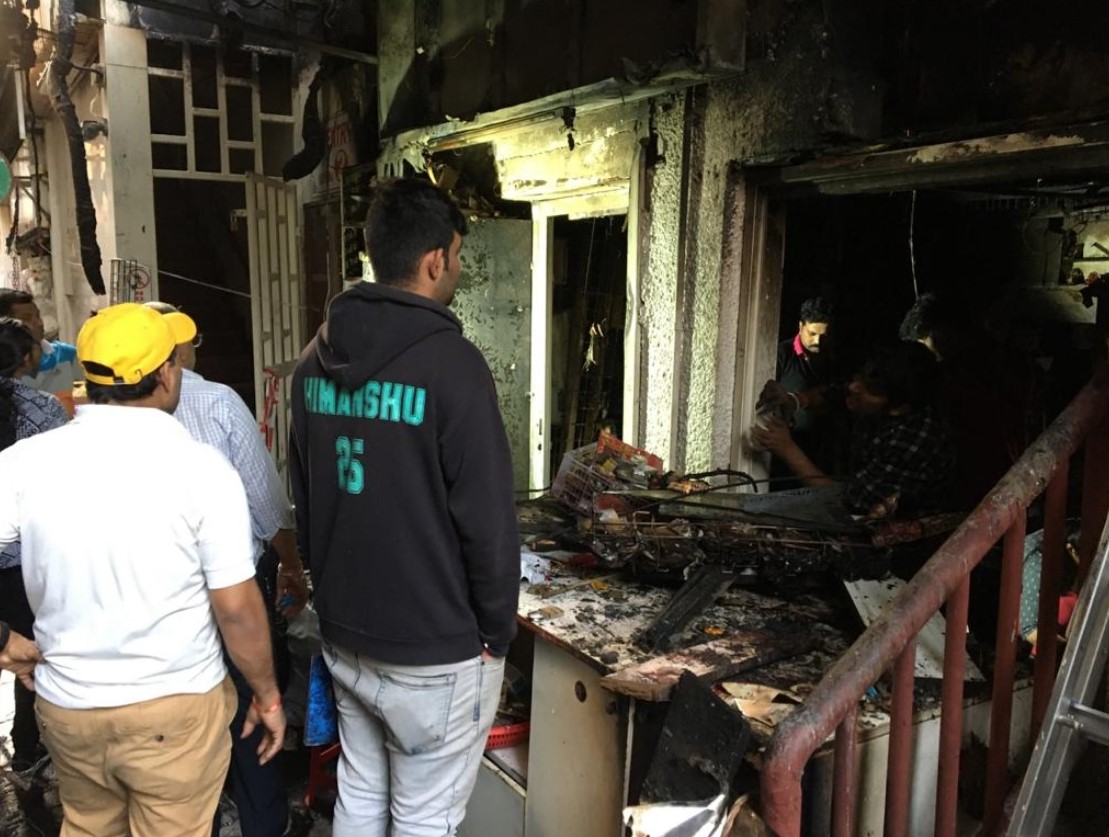 The fire started in two small novelty stores in a small alley located right next to the staircase leading up to the temple, which is on the first floor. Photo Courtesy: Twitter

The buildings in the area are nearly 100 years old and entire structures are made of wood which is why the fire spread so quickly early on Monday morning, the caretaker and chairman of the temple explained.

The fire started in two small novelty stores, located right next to the staircase leading up to the temple which is on the first floor, however the temple itself did not sustain any damage.

There are several small flower and novelty shops below the Hindu temple and a short circuit caused by overheating of electrical appliances in one of those shops was discovered to be the cause of the fire. 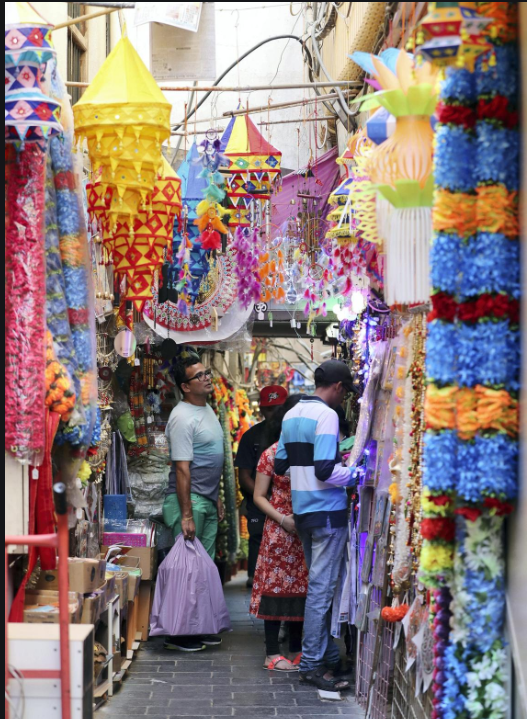 The colourful alley during Deepavali last year, houses several flower and novelty shops and a short circuit in one of the shops was discovered to be the cause of the fire. Photo Courtesy: Facebook

A security guard saw smoke coming out of the closed shutters of a shop and alerted the civil defence force even as the fire spread to the store next door, leading to evacuation of all the apartments on the first floor which houses several of the temple’s staff.

The fire was put out by the civil defense before it could spread further and was restricted to the ground floor. Power and water supply to buildings in the area were cut as a safety protocol to avoid any further short circuits.

The temple remained closed as shop owners and temple staff were in the process of cleaning the small lane on Monday and opened in time to welcome those celebrating Mahashivratri.