NRIs got a special mention in the first budget of Modi 2.0, with Finance Minister Nirmala Sitharaman rolling out measures aimed at bringing the diaspora under the nation’s wing. Easing investment norms, faster allotment of Aadhaar cards to NRIs and opening more embassies were just some of the new proposals related to Indian communities abroad. 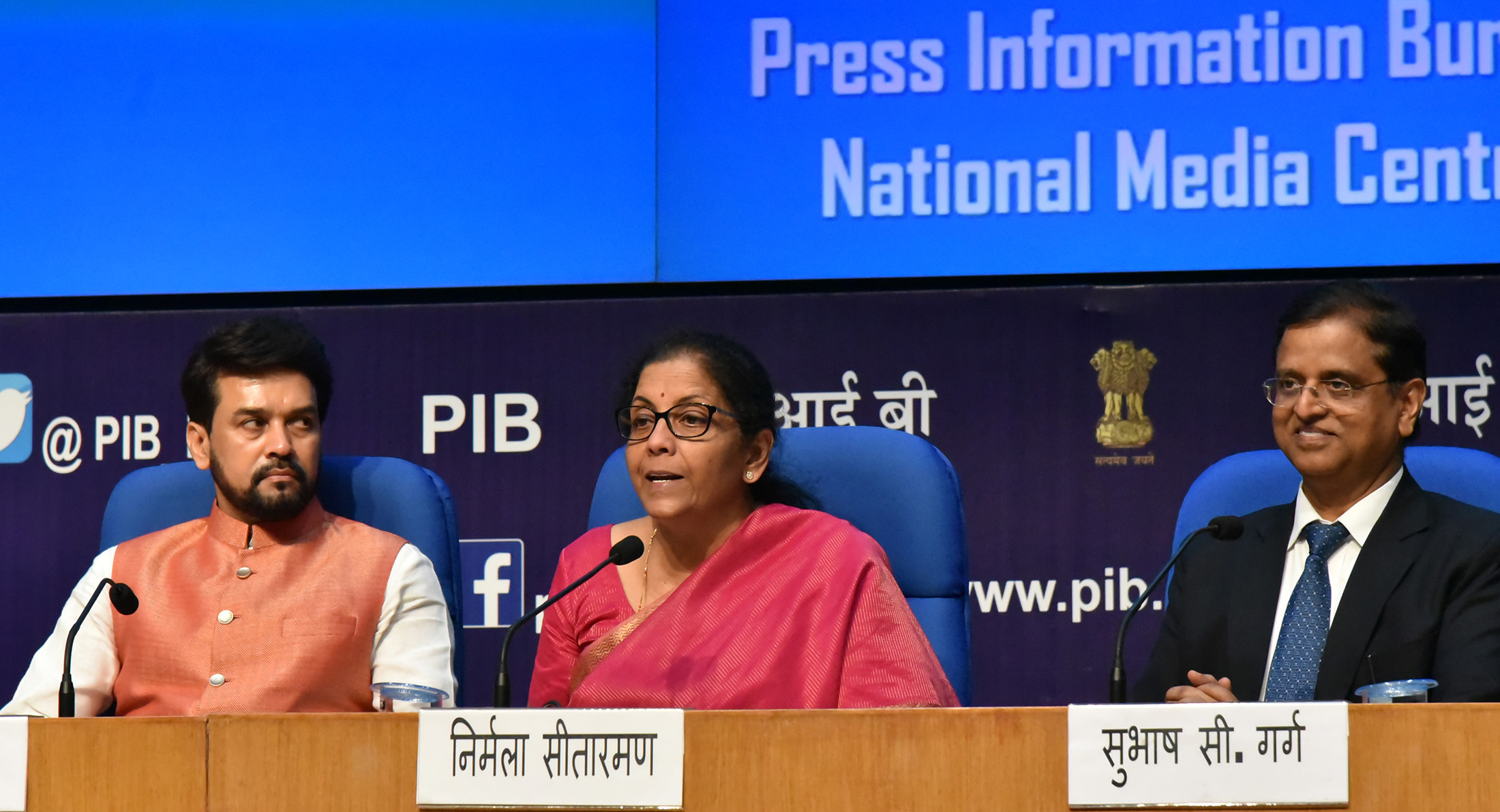 With a view to provide NRIs with seamless access to Indian equities, I propose to merge the NRI-Portfolio Investment Scheme Route with the Foreign Portfolio Investment Route, the Finance Minister said in the budget speech in Parliament today. Photo courtesy: PIB

NRI portfolio investment route to be merged with FPI

Reflecting the government’s policy to attract NRI investment, the Finance Minister proposed the merger of investments made through the NRI portfolio route with the foreign portfolio investment process to regulate investments and funds brought in by NRIs and persons of Indian origin.

“Even though India is the world's top remittance recipient, NRI investment in Indian capital markets is comparatively less. With a view to provide NRIs with seamless access to Indian equities, I propose to merge the NRI-Portfolio Investment Scheme Route with the Foreign Portfolio Investment Route,” Sitharaman said in her speech.

Experts pointed out that this proposal would be widely liked by the international financial community as a whole but needed the RBI and SEBI to cooperate for smooth operations.

SEBI in early January this year had come out with norms to bring in a single regime for foreign investors, NRI and PIO investors which allowed them to invest in Indian markets through the FPI route, subject to certain conditions.

"It seems the Finance Minister aims to reinforce this, as well as rationalise prevailing rules and exposure limits with the merger of the prevailing NRI portfolio investment scheme (PIS) with FPI regulations. Over 9,000 FPIs have registered in India with SEBI till the end of 2018, and we should expect India to continue attracting more overseas investments in both stocks and bonds," said Indraneel Basu, and investment and accounts consultant.

The FM added that FDI inflows in 2018-19 remained strong compared to global trends at USD 54.2 billion, 6 per cent higher than last year.

“There will likely be a boost to the FPI flows by creating an investor-friendly environment. The proposals are primarily focused on ease of raising foreign capital for various investment opportunities,” said Dharmesh Kant, Head - Retail Research, IndiaNivesh Securities Limited.

The second major proposal which would have an impact on NRIs is to allow them to get an Aadhaar card without having to wait for the previously mandatory 180 days. Currently, Indians living abroad can only apply for an Aadhaar card if they have been in the nation for 180 days or more in the 12 months before the date of applying.

Sitharaman’s proposal was supplementary to her proposal that the government would try to make the PAN and Aadhaar cards interchangeable for paying income tax.She also emphasised India’s influence on the global community through expanding soft power diplomacy.

Union FM #NirmalaSitharaman proposes Aadhaar card for NRIs with Indian passports to be issued after their arrival in India, without waiting for the mandatory 180 days#Budget2019#BudgetForNewIndia pic.twitter.com/KEHl9MDk8O

“In the last three years on International Yoga Day, Yoga has been practiced in large numbers in 192 countries around the world. The annual ‘Bharat Ko Jaano’ quiz competition is sought after as an event to participate in by not only NRIs but also several foreigners,” she said.

The budget aimed at integrating India into the global value chain of production of goods and services and becoming part of the global financial system to mobilise global savings, including pension, insurance and sovereign wealth funds.

To this end, the FM said that the Government is contemplating organising an annual Global Investors Meet in India, using National Infrastructure Investment Fund (NIIF) as the anchor, to get all three sets of global players - top industrialists/corporate honchos, top pension/insurance/sovereign wealth funds and top digital technology/venture funds to gather.

Increase in number of Indian embassies and High Commissions

Sitharaman stated that the Government has decided to open more Indian Embassies and High Commissions abroad to increase Indian influence on the international stage and to give impetus to the leadership push among the global community.

“This will not only increase the footprint of India’s overseas presence, but also enable us to provide better and more accessible public services, especially to the local Indian community in these countries,” Sitharaman said.

"From USD 1.85 trillion in 2014, our economy has reached USD 2.7 trillion in just five years. Hence, it is well within our capacity to reach the USD 5 trillion in the next few years," she said. 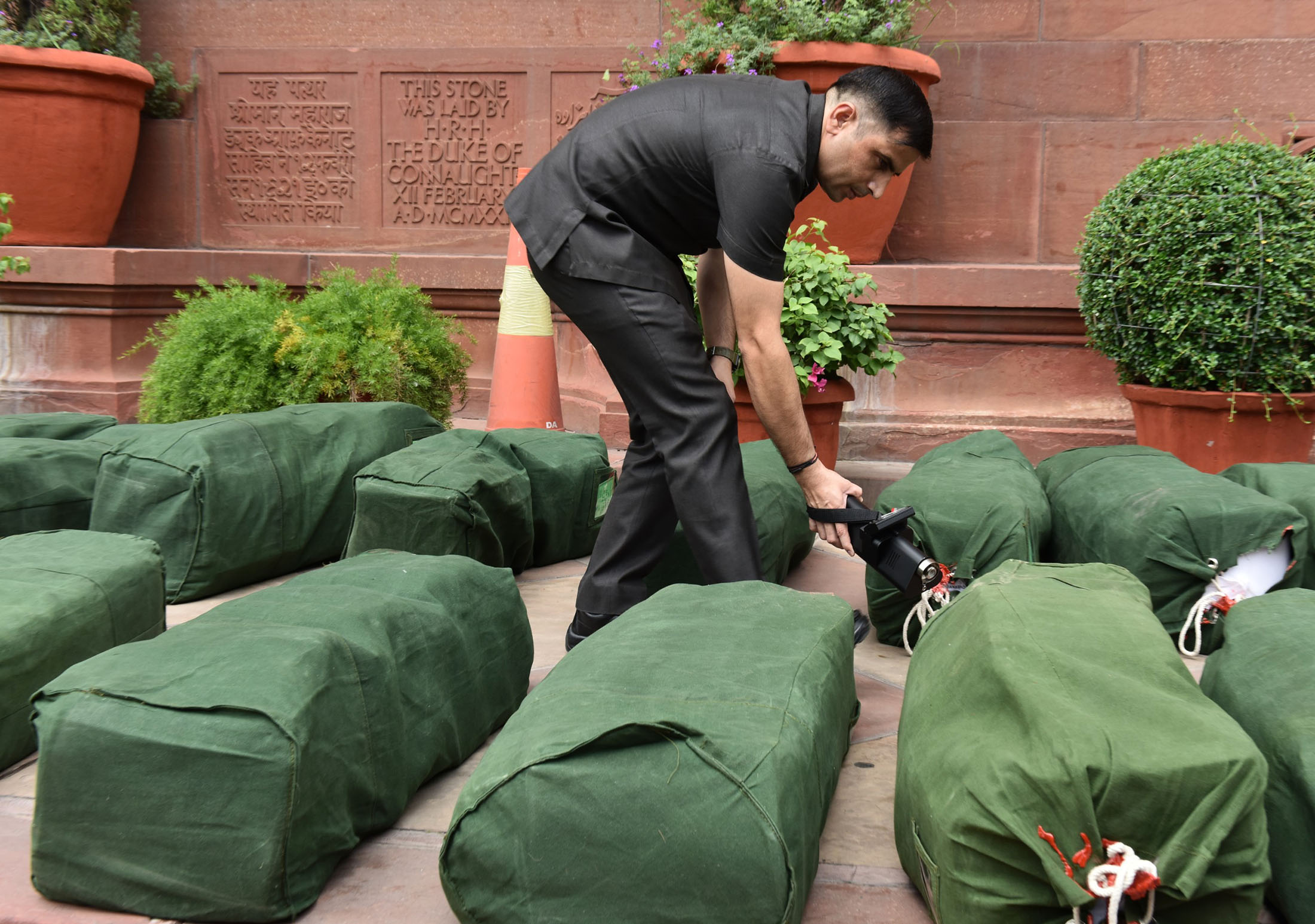 The 2019-20 Budget documents being brought into Parliament under security. Photo courtesy: PIB

Key takeaways for the Indian diaspora from the 2019 Indian Union Budget: