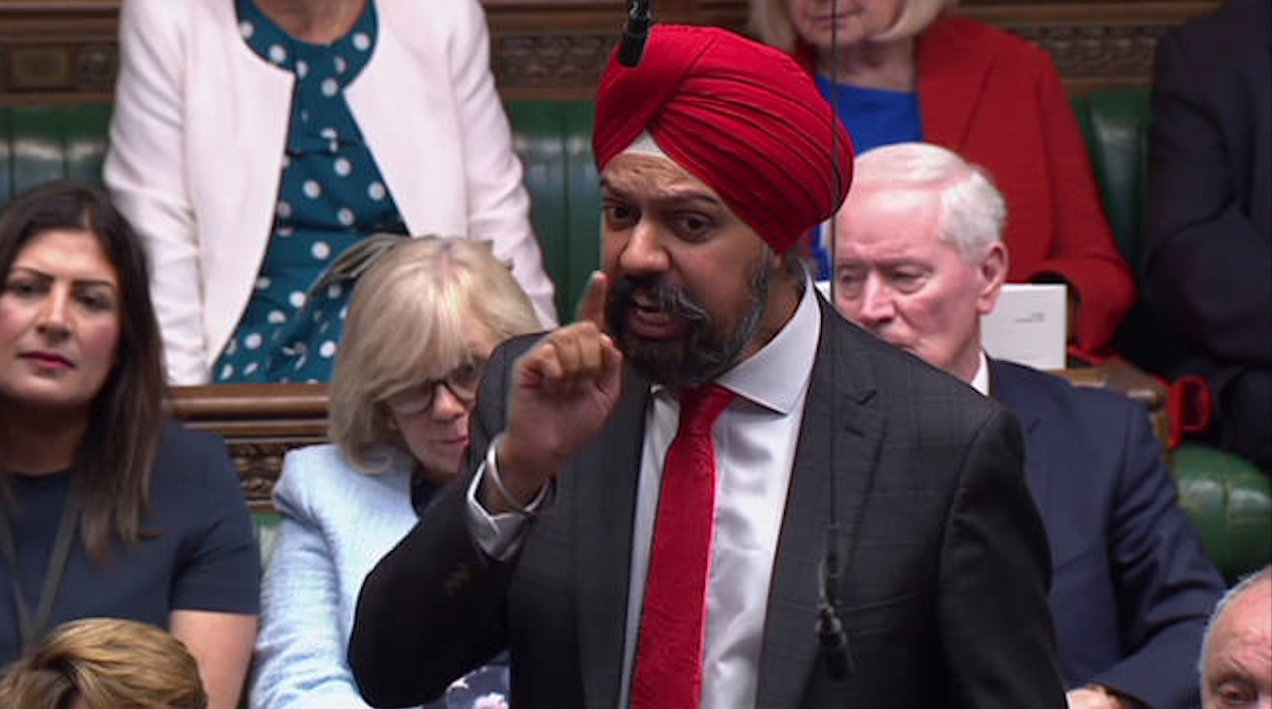 In a fiery intervention during Prime Minister's Questions (PMQs) in the House of Commons, Dhesi was applauded by fellow Opposition Labour party MPs as he made an impassioned speech about enduring racist attacks because of his turban while growing up in Britain.

If you have ever experienced racism or discrimination, you can appreciate full well the hurt and pain felt by Muslim women, who were singled out by this divisive Prime Minister. It’s high time he apologised for his derogatory and racist remarks! 1/2 pic.twitter.com/t6G56coA3U

"For those of us who, from a young age, have had to endure and face up to being called names such as towelhead or Taliban, or to people saying we come from bongo, bongo land, we can appreciate full well the hurt and pain felt by already vulnerable Muslim women when they are described as looking like bank robbers and letterboxes," said Dhesi, referring to a newspaper column by Johnson last year.

"So rather than hide behind sham and whitewash investigations, when will the Prime Minister finally apologise for his derogatory and racist remarks? Those racist remarks have led to a spike in hate crime," he said.

Johnson had written in a column for 'The Daily Telegraph' newspaper, "If you tell me that the burka [burqa] is oppressive, then I am with you... I would go further and say that it is absolutely ridiculous that people should choose to go around looking like letter boxes."

According to monitoring group Tell MAMA [Measuring Anti-Muslim Attacks], research indicates that Islamophobic incidents rose by 375 per cent in the week after Boris Johnson's references to the burqa as "oppressive" in the column.

Johnson responded by claiming that Dhesi had failed to read his newspaper article within its complete context and that it was in fact a liberal defence of everybody's right to wear whatever they want.