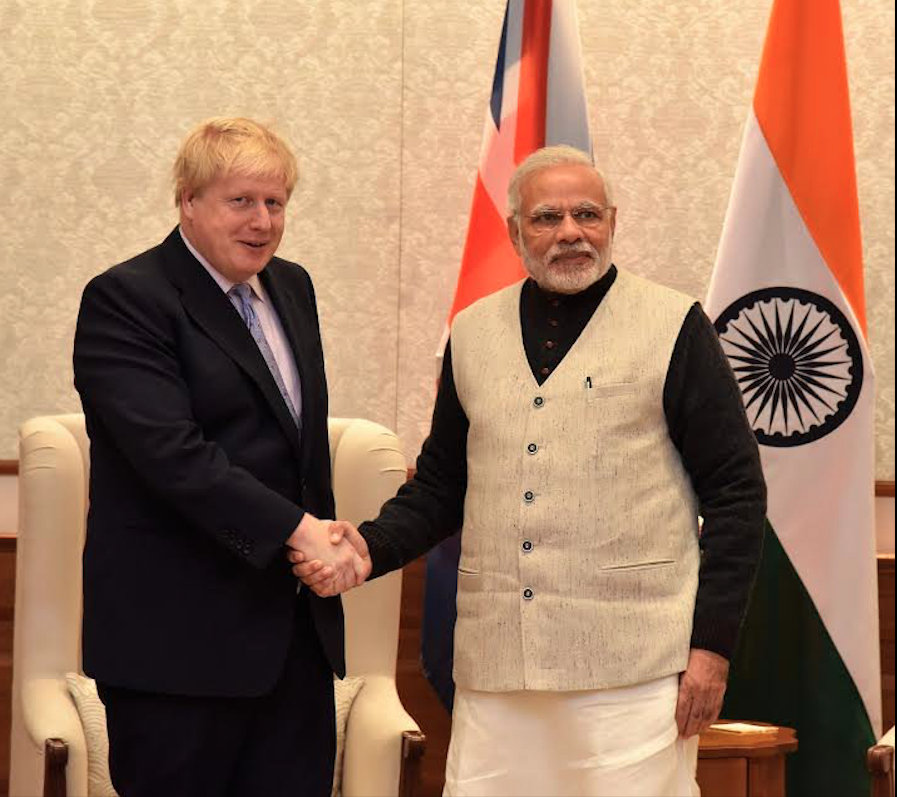 Boris Johnson, the former UK foreign secretary and the frontrunner in the race to replace Theresa May as British Prime Minister, has pledged a "new and improved" trading relationship with India if elected.

Johnson’s statement comes days after his rival Jeremy Hunt reached out to the Indian diaspora membership of the Conservative Party for votes in the ongoing Tory leadership contest.

Johnson issued his own letter to highlight his "personal relationship with Prime Minister (Narendra) Modi" and promised to deliver a “truly special UK-India relationship".

"When I was with Prime Minister Modi I stressed that the UK and India are two modern democracies who should work closely together to promote trade and prosperity, improve global security and tackle the challenges our countries face," wrote Johnson in an open letter addressed to the Indian diaspora Tory membership base. 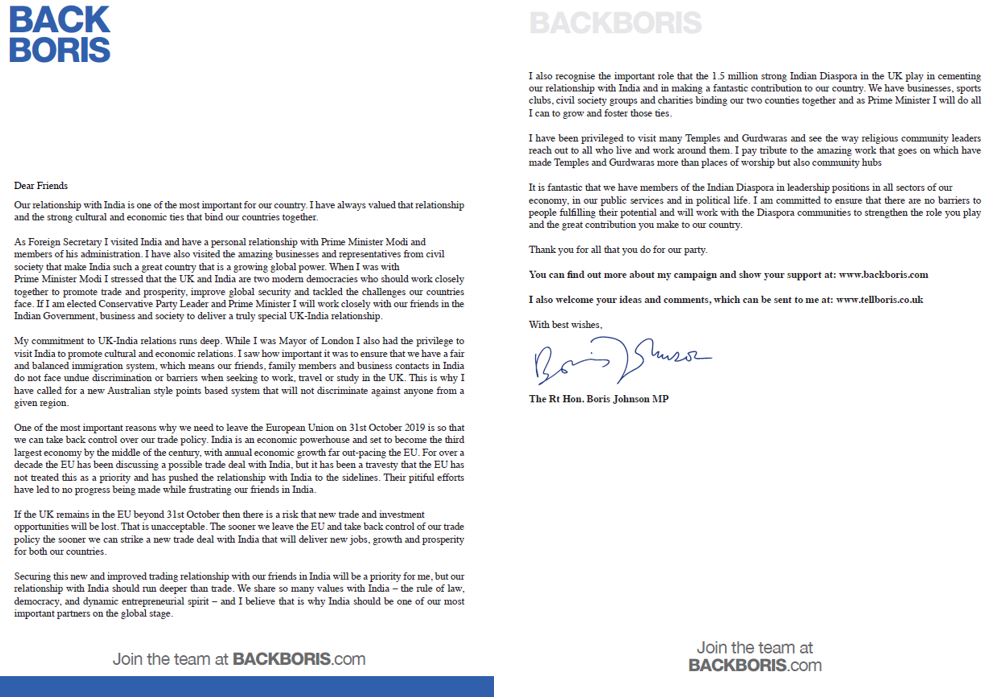 In keeping with his firm pro-Brexit stance and determination to leave the European Union (EU) by the October 31 deadline, the 55-year-old Tory MP said it was a "travesty" that the 28-member economic bloc had failed to prioritise free trade agreement talks with India.

The former Mayor of London, who has in the past described himself as a "son-in-law of India" by virtue of his now estranged wife Marina Wheeler’s Indian mother, also stressed that the UK's relationship with India must run deeper than just trade.

"We share so many values with India – the rule of law, democracy, and dynamic entrepreneurial spirit – and I believe that is why India should be one of our most important partners on the global stage," he added. 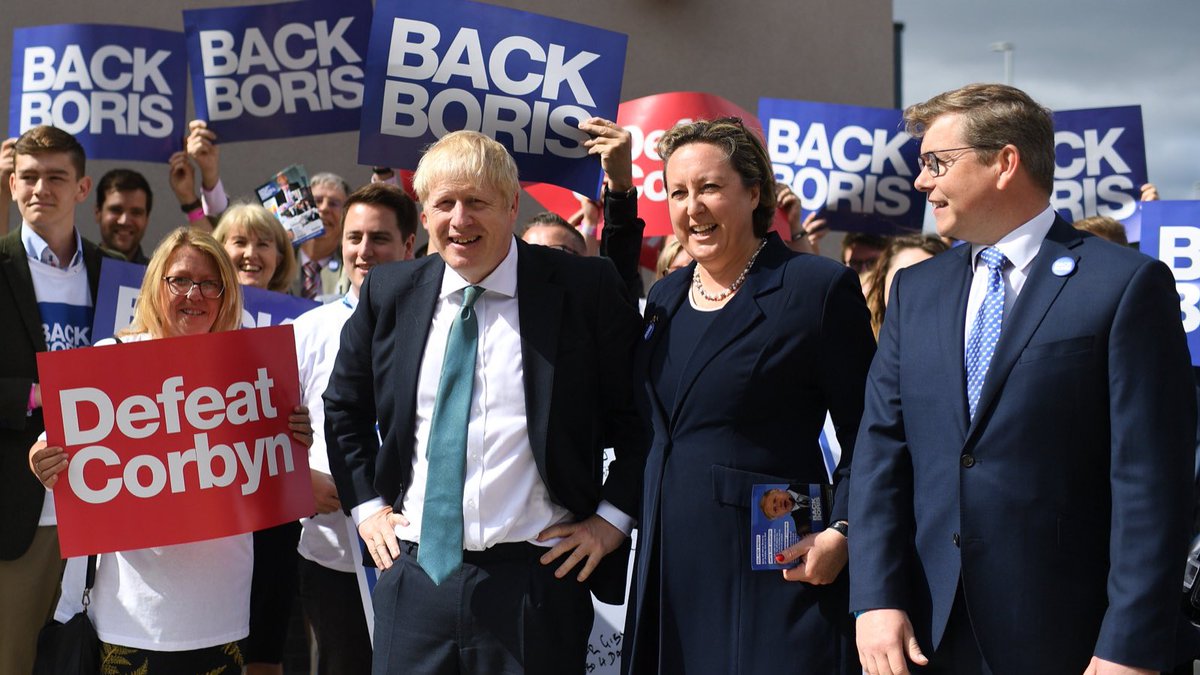 Johnson also pushed his proposal for an "Australian-style points-based system" of immigration, which would ensure “friends, family members and business contacts in India do not face undue discrimination or barriers when seeking to work, travel or study in the UK".

The open letter was welcomed as a "fantastic commitment" by Priti Patel, one of the senior-most Indian-origin Tory MPs who is part of the "Back Boris" leadership campaign.

Johnson is going head to head with UK foreign secretary Jeremy Hunt, who had issued a similar letter of commitment to UK-India relations if he is elected as the new British Prime Minister.

The process of issuing postal ballots to the over 160,000 Tory party membership across the UK was completed on Monday, with polls set to close by 5 pm on July 22 after which the counting process will begin for the result to be declared on July 23.