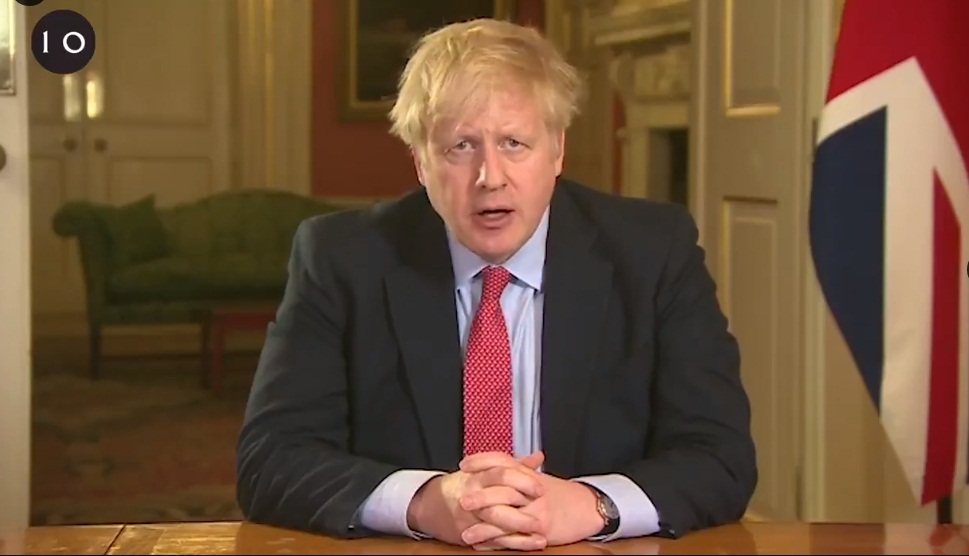 British Prime Minister Boris Johnson was moved to intensive care on Monday as his health worsened. Johnson has been battling COVID-19 since March 27 and was admitted to hospital on Sunday after his symptoms persisted.

"Over the course of this afternoon, the condition of the prime minister has worsened and, on the advice of his medical team, he has been moved to the Intensive Care Unit at the hospital," said a Downing Street statement.

55-year-old Johnson has deputised his foreign secretary, Dominic Raab, to stand in for him.

With UK PM Boris Johnson’s health worsening, leaders from across the globe have sent him get well wishes, starting with US President Donald Trump who said he wanted to "send best wishes to a very good friend of mine and a friend to our nation, Prime Minister Boris Johnson."

"We're very saddened to hear he was taken into intensive care this afternoon, a little while ago. Americans are all praying for his recovery," Trump told a press conference.

French President Emmanuel Macron gave his "full support to Boris Johnson, his family and the British people at this difficult time" and tweeted “I hope he will rapidly overcome this ordeal".

I send all my support to Boris Johnson, to his family and to the British people at this difficult moment. I wish him a speedy recovery at this testing time.

Spanish Prime Minister Pedro Sanchez tweeted, "My solidarity and wishes for a speedy recovery for Prime Minister Boris Johnson. These are difficult days for our countries, but it is through strength and unity that we can win this battle."

Italian Foreign Minister Luigi di Maio tweeted that "the Italian people is with the UK in these difficult times. We are one for each other. Get well soon Boris Johnson!"

Min @luigidimaio: "The Italian people is with the UK in these difficult times. We are one for each other. Get well soon @BorisJohnson!"

World Health Organization chief Dr Tedros Adhanom Ghebreyesus said he was "thinking of my friend Boris Johnson tonight, and sending my and WHO's heartfelt good wishes as he battles the coronavirus."

"I know the NHS and its dedicated health workers will be looking after you," he tweeted.

I am thinking of my friend @BorisJohnson tonight, and sending my and @WHO's heartfelt good wishes as he battles the #coronavirus. I know the @NHSuk and its dedicated 🇬🇧 #healthworkers will be looking after you. #COVID19 https://t.co/BwLl1nChVO

Dutch Prime Minister Mark Rutte said that "on behalf of the Dutch cabinet, I wish Boris Johnson, his family and the British people lots of strength during this difficult time."

On behalf of the Dutch cabinet, I wish @BorisJohnson, his family and the British people lots of strength during this difficult time. I hope to be able to speak to him soon in good health.

My thoughts are with Prime Minister @BorisJohnson and his family this evening. I wish him a speedy and full recovery.

Wishing @BorisJohnson the very best for a full recovery.

Our thoughts are with his family and the British people at this difficult time.