An 18th-century watercolour Indian Pahari painting, said to be “a masterpiece unparalleled in North Indian art”, has been acquired by the British Museum at a cost of GBP 440,000. 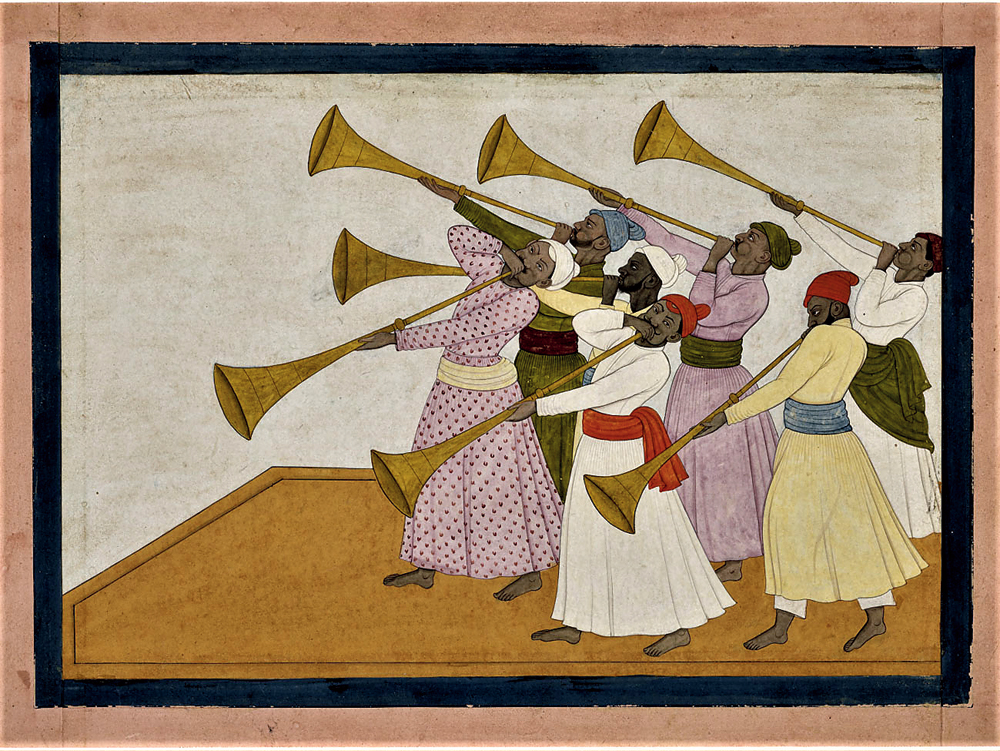 The Trumpeters by Nainsukh of Guler has gone on free display in the Museum’s Sir Joseph Hotung Gallery of China and South Asia.

The UK government had blocked its export licence in 2018 to allow time to raise the money required to acquire the piece.

Imma Ramos, a curator at the museum, said everyone involved was delighted. “Nainsukh, whose name translates as Delight of the Eyes, is one of India’s greatest courtly artists and this outstanding painting showcases his gift for complex composition and precise observation,” she said.

The work shows seven village musicians playing Pahari horns with long pipes known as turhi, their cheeks puffed out with the effort.

It was purchased by the painter Winifred Nicholson during a tour of South Asia around 1920. After her death in 1981 it remained with her family and now enters a public collection for the first time.

“Thanks to the support of the Art Fund, the National Heritage Memorial Fund and the Brooke Sewell Permanent Fund, it has now joined the collection of the British Museum and will remain in the UK,” a statement said. “The decision to defer the export licence follows a recommendation by the reviewing committee on the Export of Works of Art and Objects of Cultural Interest, administered by the Arts Council.”