Over 100 British-Indian organisations have sent an open letter to the United Kingdom’s Labour Party chief Jeremy Corbyn over the party’s resolution on Kashmir. The letter expresses  "deep dismay" over UK's main Opposition party abandoning its long-standing position on Jammu and Kashmir as a "strictly" bilateral matter of India and Pakistan. 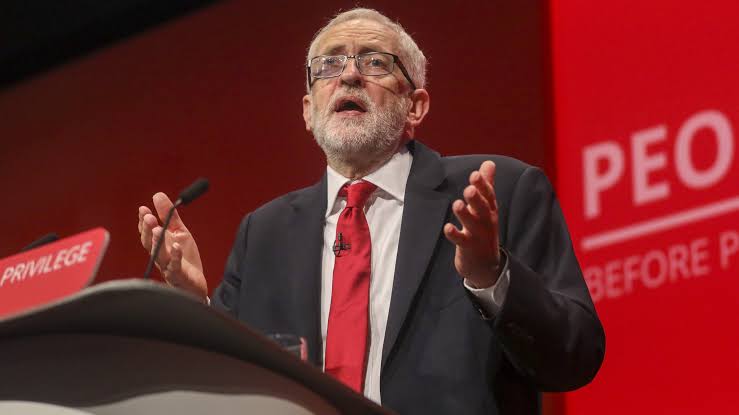 On September 25, Labour passed an emergency motion allowing international observers to enter Jammu and Kashmir and demand the right of self-determination for its people. Photo courtesy: Wikimedia

The letter further stated that the emergency motion passed at the recent Labour Party Conference is not acceptable as it seeks to interfere in the internal matters of, and between, third-party countries and says that it is drafted in a one-sided and divisive manner.

On September 25, Labour passed an emergency motion allowing international observers to enter Jammu and Kashmir and demand the right of self-determination for its people. Labour has since faced a backlash from members of the Indian diaspora over the resolution, which has been seen as anti-India.

The open letter was signed by a plethora of groups, including the Indian Professionals Forum (IPF), Indian National Students Association (INSA), Hindu Council UK as well as temple bodies and community representatives.

JUST IN: Over 100 Indian organisations in UK write to Labour Party leader @jeremycorbyn protesting against their 'ill-conceived and partisan resolution on Jammu & Kashmir. Unprecedented to see the Indian diaspora unite on the issue of J&K, asking Labour for course correction. pic.twitter.com/s1Q0RjYF6H

“We are writing collectively, as British-Indian community organisations, to express our deep dismay that Her Majesty’s Opposition has abandoned a long-standing cross-party position on Kashmir as a strictly bilateral matter between India and Pakistan, and in doing so, sown the seeds of community disharmony in the United Kingdom,” the letter read.

“We are also hugely concerned about the wider attempts to bring the Kashmir issue into the domestic politics of the United Kingdom, which has serious ramifications for community harmony.”

The letter also warned of sub-continent politics spilling over to a Brexit-hit UK and causing further divisions.

“We are particularly dismayed by the virulent reaction by the Labour Party to the removal of an outdated, temporary provision that was hindering the development of the Indian state of Jammu and Kashmir… progress, human rights, and values which we would have expected the Labour party to stand for,” the letter adds, in reference to India’s abrogation of Article 370.

Article 370 of the Indian constitution, which gave special status to the region of Jammu and Kashmir, was revoked by the Indian government in August.