Britain's Indian-origin Business Secretary Alok Sharma has been tested for the novel coronavirus after feeling unwell at the despatch box in the House of Commons. 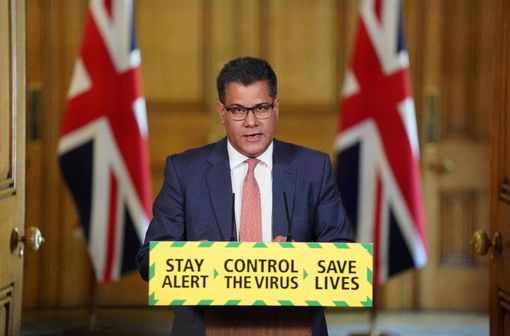 As a senior member of the Cabinet who has been a regular at all meetings, his illness will raise concerns over the impact a positive test would have within the top rung of the government given the Conservatives' drive to end the virtual parliament system. Photo courtesy: House of Commons

Sharma, 52, was seen feeling uneasy and sweating during a debate on the Corporate Insolvency and Governance Bill in Parliament.

“Alok Sharma began feeling unwell when in the Chamber delivering the second reading of the Corporate Insolvency and Governance Bill,” a spokesperson for the minister said.

“In line with guidance he has been tested for coronavirus and is returning home to self-isolate,” the spokesperson said.

Shadow business secretary, Labour’s Ed Miliband, was seen passing the minister a glass of water as he looked visibly unwell.

As a senior member of the Cabinet who has been a regular at all meetings, his illness will raise concerns over the impact a positive test would have within the top rung of the government given the Conservatives' drive to end the virtual parliament system.

The minister was among hundreds of MPs seen queuing for hours on Tuesday to cast their votes under new social distance rules as Parliament returned to a physical setting after a hybrid version, which involved remote attendance by MPs via screens set up in the chamber.

Sharma’s illness will renew concerns expressed by several MPs over the return of physical voting after digital voting was discontinued.

While only a limited number of MPs are allowed to sit within the Commons chamber at any given point, Leader of the Commons Jacob Rees-Mogg had stipulated the return of all parliamentarians to the Palace of Westminster in central London.

He has faced backlash from all sides of the House over the decision to abandon digital voting options, including from MPs with health conditions who are unable to participate in proceedings.

A House of Commons spokesperson said, “The House’s priority is to ensure that those on the estate are safe while business is facilitated.

“We have closely followed guidance from PHE (Public Health England) on action to take following a suspected case of Covid on site, including additional cleaning. Our risk assessment outlines the measures we have already put in place to reduce the risk of transmission in Parliament."​