Brexit talks on the verge of collapse: Reports 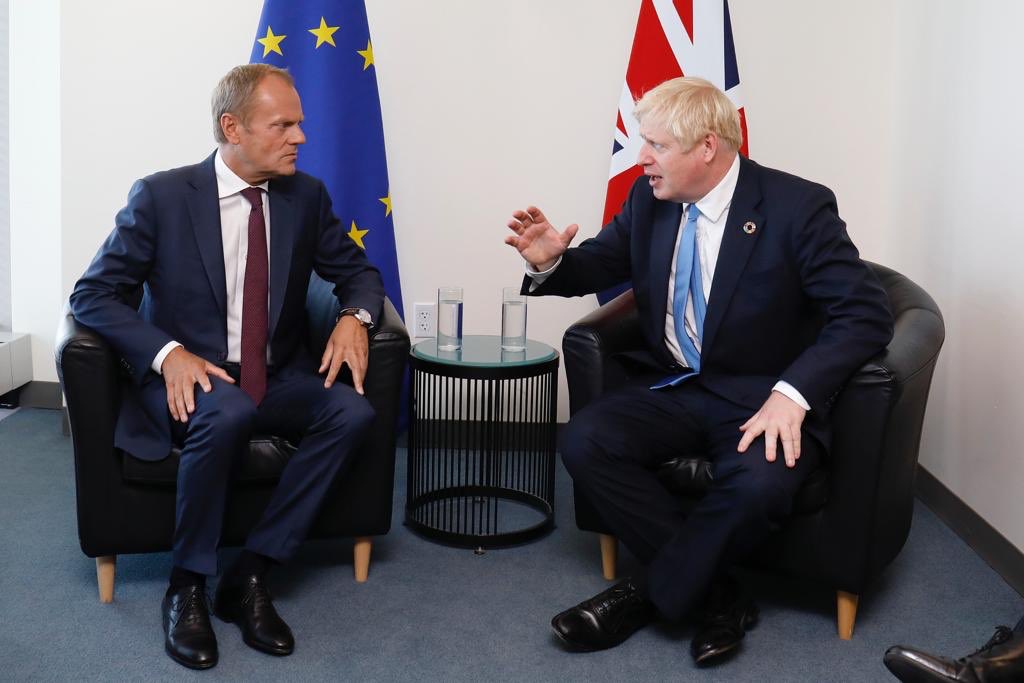 According to reports, Brexit talks between Britain and the European Union are on the brink of collapse with both sides accusing each other of intransigence and sabotage.

Following the conversation, and in an unusual move, Downing Street provided a readout of what Merkel reportedly said, provoking an angry tweet from EU Council President Donald Tusk.

According to the Downing Street official, Merkel demanded a rewrite of Britain's approach to the contentious Irish border problem that made a compromise "essentially impossible".

Merkel was quoted as saying that a deal now looked "overwhelmingly unlikely", and added that the Brexit talks were "close to breaking down".

Merkel's office has said that it would not comment "on such confidential discussions".

However, Tusk tweeted that Britain was playing with "the future of Europe and the UK" with no clear plan of what the country wanted.

Irish Foreign Minister Simon Coveney too said that he found it "hard to disagree" with Tusk, with reports indicating that Dublin is unwilling to strike a deal with the UK.

Hard to disagree - reflects the frustration across EU and the enormity of what’s at stake for us all. We remain open to finalize a fair #Brexit deal but need a UK Govt willing to work with EU to get it done. https://t.co/5tUvb6m2K4

Good meeting between friends with @simoncoveney and team 🇮🇪🇪🇺Efforts continue to find an agreement with the #UK. pic.twitter.com/LEQCVBzbvp