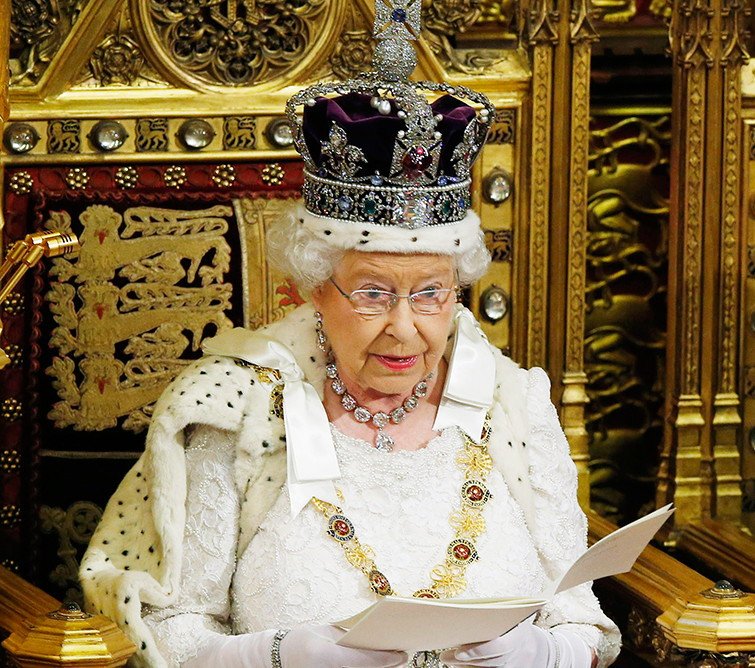 British Prime Minister Boris Johnson outlined his government’s agenda and priorities in the Queen’s Speech, delivered with full pomp and pageantry at a parliamentary ceremony on Monday.

Brexit was at the top of the list, with Queen Elizabeth II saying that October 31 remains the deadline to break away from the European Union.

Before either the House of Lords or the House of Commons can proceed with public business, Her Majesty officially opens Parliament by addressing both Houses in The Queen's Speech. #QueensSpeech #stateopeningofparliament pic.twitter.com/T0hmFxq9wk

"My government's priority has always been to secure the United Kingdom's departure from the European Union on October 31," the 93-year-old monarch said from a gilded throne, delivering words written by government officials.

"My government intends to work towards a new partnership with the European Union, based on free trade and friendly cooperation."

The Speech is not drafted by The Queen, but by the Government, outlining policies and proposed future legislation. The speech is carried by the Lord Chancellor in a special silk bag and presented to Her Majesty. #QueensSpeech #StateOpeningofParliament pic.twitter.com/X5CpUuwnrV

The Queen announced in a speech to lawmakers a list of 26 new bills ranging from implementing a yet-to-be finalised EU divorce agreement to criminal sentencing and the environment.

The raft of policies outlined by the Queen included plans for an EU Withdrawal Agreement Bill. However, Johnson is still racing to finalise a divorce deal with Brussels as the deadline of October 31 looms.