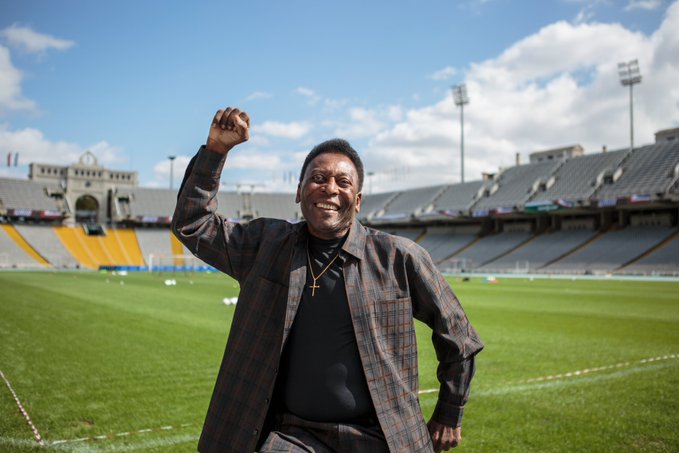 Arguably the greatest football player of all time, Pelé spent nearly two decades enchanting fans and dazzling opponents as the game’s most prolific scorer with Brazilian club Santos and the Brazil national team.

Pele had been battling cancer for a while and recently, his health condition worsened during hospital stay to regulate his cancer medication, doctors had announced earlier this week.

Pele carried Brazil to football’s heights and became a global ambassador for the sport in a journey that began on the streets of Sao Paulo, where he would kick a sock stuffed with newspapers or rags.

In the conversation about soccer’s greatest players, only the late Diego Maradona, Lionel Messi and Cristiano Ronaldo are mentioned alongside Pelé.

As his health deteriorated, his travels and appearances became less frequent. He was often seen in a wheelchair during his final years and did not attend a ceremony to unveil a statue of him representing Brazil’s 1970 World Cup team. Pelé spent his 80th birthday isolated with a few family members at a beach home.

Born on October 23, 1940, in the small Minas Gerais town of Tres Corações, or “Three Hearts”, Edson Arantes do Nascimento learned the game from his father, a semi-professional player whose promising career was derailed by a knee injury.

He went on to score a world record 1,281 goals, and is the only player ever to win the World Cup three times. In all, Pelé played 114 matches with Brazil, scoring a record 95 goals, including 77 in official matches.