Boris Johnson to ask Parliament for elections on December 12 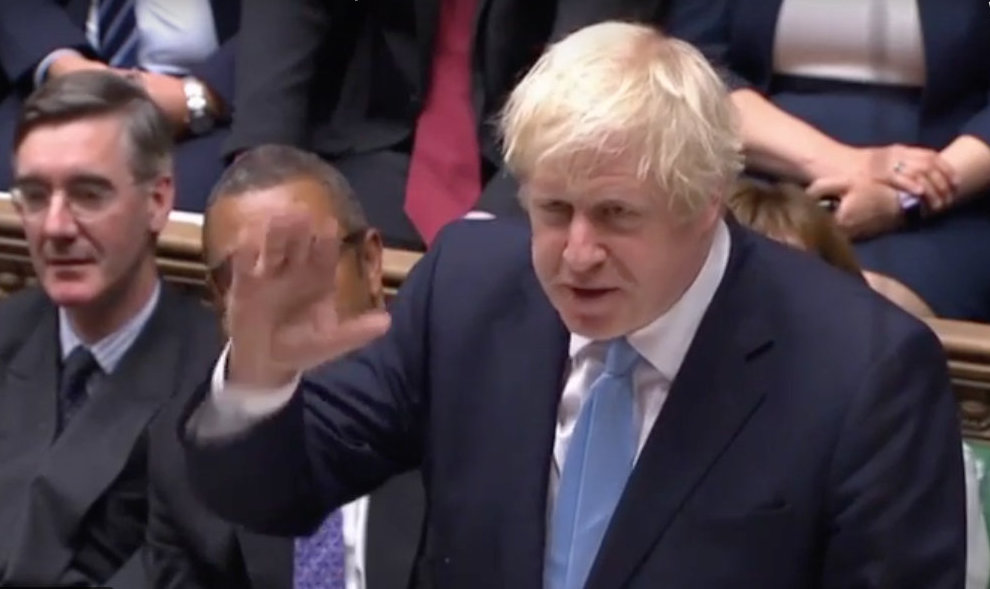 UK Prime Minister Boris Johnson will ask Parliament to vote on Monday to approve an early national poll to be held on December 12. Photo courtesy: Screengrab/House of Commons YouTube

United Kingdom Prime Minister Boris Johnson said on Thursday that the only way to break the Brexit deadlock is to hold a general election. He said that he will ask Parliament to vote on Monday to approve an early national poll to be held on December 12.

Johnson has hit a wall in his Brexit strategy with lawmakers blocking his attempt to fast-track the divorce deal he had worked out with the European Union. UK ministers have said that they need more time to scrutinise the legislation, which means it is almost impossible now for Britain to leave the EU by October 31 with a deal.

Hi folks, as you all know we need to get Brexit done so we can move forward as a country. Either with this Parliament or with a new one – chosen by you, the voters. 🇬🇧 pic.twitter.com/uRT2DwnUGZ

The UK Parliament has asked the EU for a delay in Brexit till January 31 and are now awaiting the economic bloc’s decision on the postponement. Though the EU is yet to respond, Johnson believes that they will grant the extension.

"I'm afraid it looks as though our EU friends are going to respond to Parliament's request by having an extension, which I really don't want at all," said the UK Prime Minister.

If this Parliament can’t get Brexit done, then we need one that will. I’m determined to lead this country forward 🇬🇧 pic.twitter.com/uzUQGo1g8G

European Council President Donald Tusk has recommended that the other 27 EU nations grant Britain the delay. However, according to reports many bloc members are frustrated by the Brexit chaos and drama in the UK. At the same time they are wary of the economic consequences of a no-deal break.

Reports indicate that they are likely to grant the extension though French President Emmanuel Macron is reportedly pushing for a shorter extension than the three months that Britain has asked for.

Britain's next scheduled election is in 2022. If Johnson wants an early election, he needs to win a vote in Parliament by a two-thirds majority, or lose a no-confidence vote, which so far opposition parties have refused to call. The Labour Party has said it would "support a general election when the threat of a no-deal crash-out is off the table."

Johnson believes that a December 12 election will give lawmakers the time they want to scrutinise the Brexit divorce deal as Parliament would be in session until the formal campaign started on November 6.

"So, the way to get this done, the way to get Brexit done, is, I think, to be reasonable with Parliament and say if they genuinely want more time to study this excellent deal they can have it, but they have to agree to a general election on December 12," Johnson said.