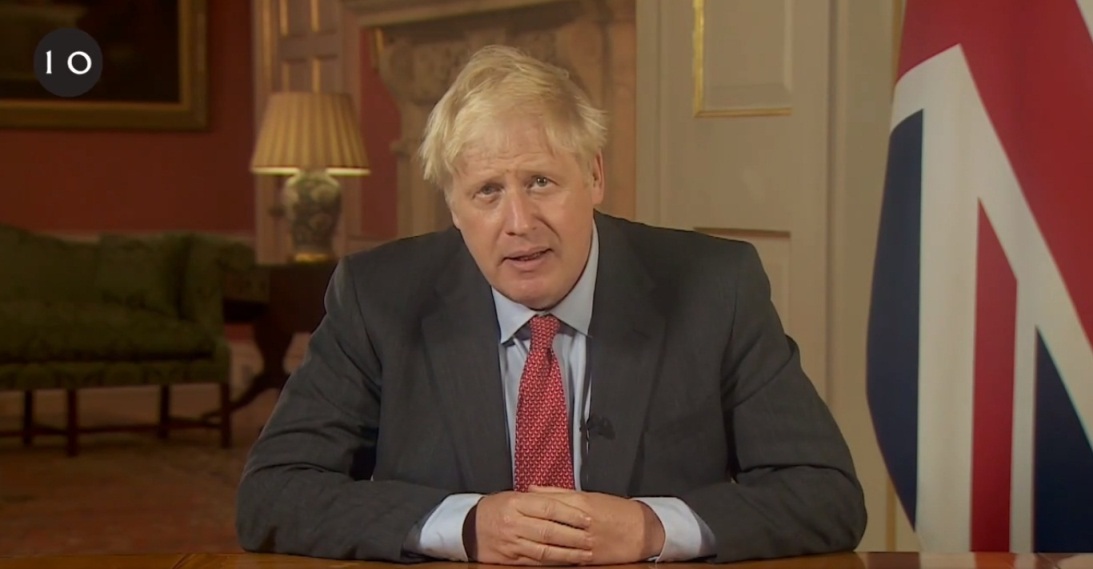 United Kingdom Prime Minister Boris Johnson has laid out a new set of restrictions to help curb the second wave of COVID-19 that is threatening to wash over the country.

Among the measures, Johnson has ordered restaurants and bars to close earlier each night starting September 24 and has abandoned plans to allow live audiences back at sporting events.

Now is the time for all of us to summon the discipline, the resolve, and the spirit of togetherness that will carry us through.

There will be tougher enforcement, Johnson said in an address on Tuesday, with higher fines for people failing to wear face coverings where they are required by the rules.

“If we were forced into a new national lockdown, that would threaten not just jobs and livelihoods but the loving human contact on which we all depend,” he said. He had earlier he told Parliament the restrictions would “remain in place for perhaps six months.”

The new measures are a reversal of the  government’s attempts to open up the economy after the complete economic shutdown in March of this year which sent the country into its worst recession in over 100 years.

An update on coronavirus. https://t.co/3uCUJ5grBm

The prime minister also said that these new restrictions are not a return to the full lockdown imposed earlier this year.

“We are acting on the principle that a stitch in time saves nine,” he said.

By imposing restrictions now, the government can “shelter the economy from the far sterner and more costly measures that would inevitably become necessary later on,” Johnson told Parliament.

The measures put in place include:

Johnson appealed to the country to obey the new restrictions, saying that there are “unquestionably difficult months to come.”

The UK risks “many more deaths, many more families losing loved ones before their time” if people fail to do their part, Johnson said. “The tragic reality of having Covid is that your mild cough can be someone else’s death knell.”