British Prime Minister Boris Johnson told the House of Commons on Tuesday that he had discussed a free-trade agreement with Prime Minister Narendra Modi at the G7 Summit in Biarritz, France, last month. 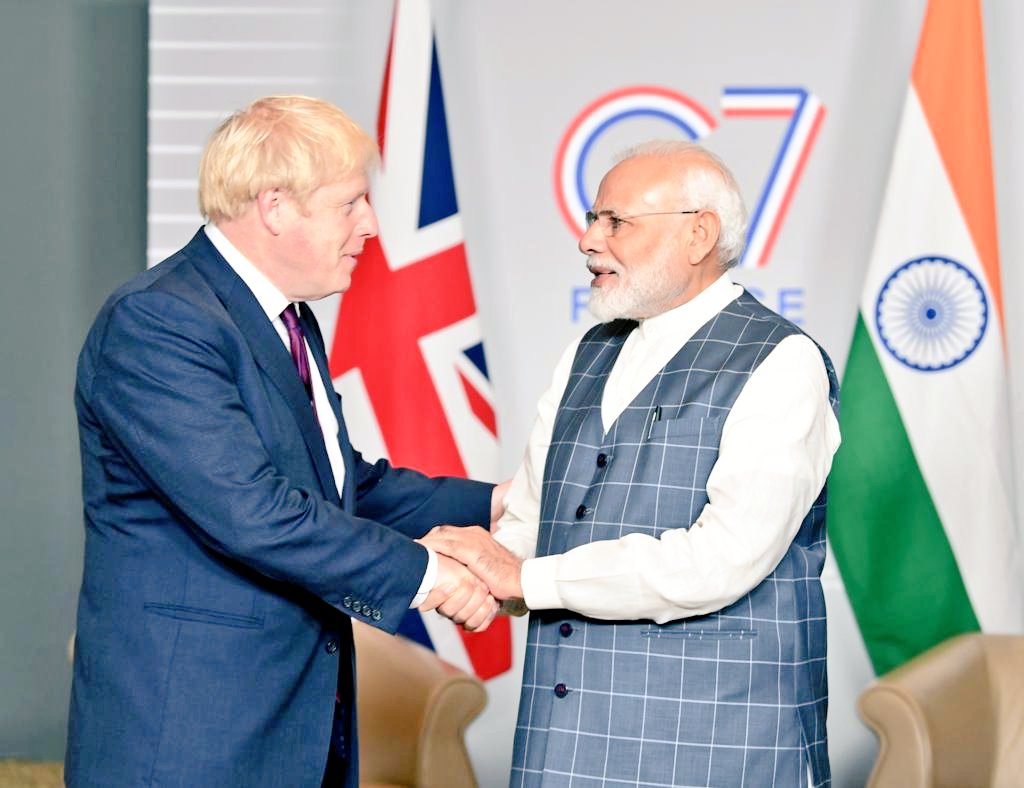 Johnson (left) stated that the two nations had planned to cooperate in other areas. Photo courtesy: Twitter/@MEAIndia

Replying to a question from Indian-origin MP Shailesh Vara about ties between Britain and India after Brexit, Johnson said in his conversation with Modi they discussed “doing a big free-trade agreement with India”. He also stated that the two nations had planned to cooperate in other areas.

"We agreed to strengthen our cooperation, not just on the security side where clearly the UK and India stand shoulder to shoulder in the fight against terror but also in military cooperation in the Asia-Pacific region where we share many interests," Johnson said.

Johnson, whose government was defeated by Tory rebels and opposition MPs in the first stage of their attempt to pass a law designed to prevent a no-deal Brexit, also said he would bring forward a motion calling for an early general election.

The Commons voted 328 to 301 to take control of the agenda, meaning they can bring forward a bill seeking to delay the UK's exit date. In total, 21 Tory MPs, including a number of ex-cabinet ministers, joined opposition parties to defeat the government.