Even as the clouds of war threaten to loom on the Northeastern frontier, the India House in London paid a fitting tribute to the man who led India to victory in East Pakistan, with the launch of the book Field Marshal Sam Manekshaw: The Man and His Times. 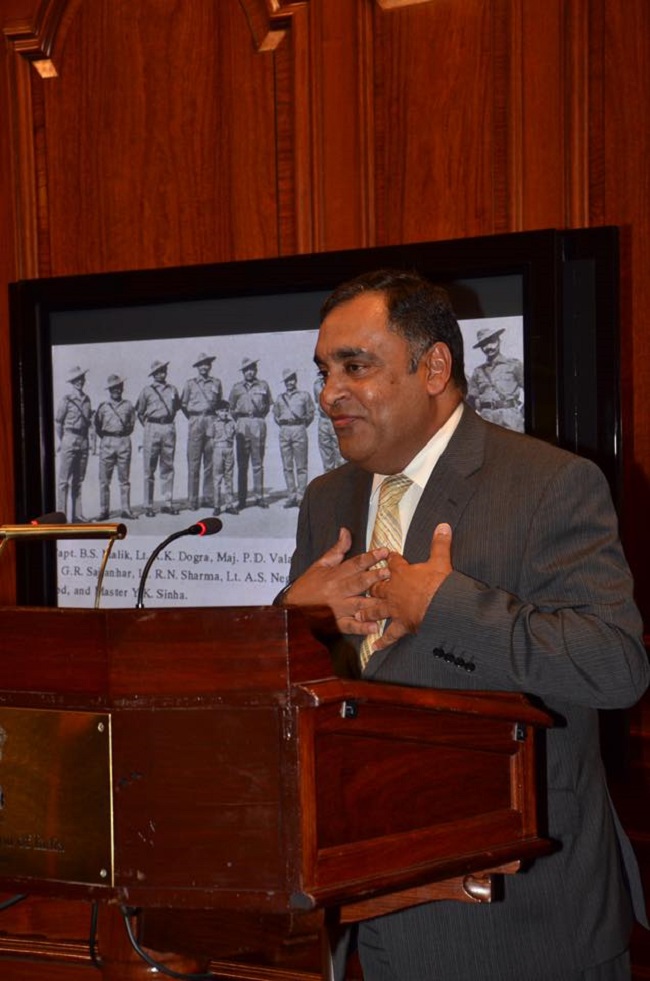 High Commissioner YK Sinha and his wife Girija Sinha hosted a reception at India House, London, on the occasion of the launch of a book dedicated to one of India’s greatest generals.

The book, a collection of glimpses of the life of the celebrated general, has been authored by Brigadier Behram M Panthaki and Zenobia Panthaki.

In his address, High Commissioner Sinha recounted the contributions of Field Marshal Manekshaw to the Indian Army and to the country. He also recalled the close connections of his father Lieutenant General SK Sinha with the celebrated Field Marshal.

Lord Karan Bilimoria spoke of how proud the Parsi community, as well as the whole country, is of this very illustrious soldier. Presentations on the book were delivered by the authors, Brig Panthaki and Zenobia Panthanki. Also present at the special occasion was High Commissioner of Bangladesh to the UK Nazmul Quaunine, among others.

Known to his friends as "Sam", Field Marshal Sam Hormusji Framji Jamshedji Manekshaw, was born on April 3, 1914. He finished his early schooling in Amritsar and Sherwood College, Nainital. Manekshaw belonged to the first batch of 40 cadets to be selected for the Indian Military Academy and was commissioned into the 12 FF Rifles on February 4, 1934.

As per Indian army records, in the first Burma campaign, he took part in several actions against the Japanese. On the Sittang river when he came to grips with the Japanese during the push towards Pegu and Rangoon, Captain Manekshaw led his company with courage and tenacity despite being wounded. He was awarded the Military Cross (MC) for his gallantry and leadership. Later, he was again wounded a second time and evacuated to India.

Later, Manekshaw commanded an Infantry Brigade for two years. The Field Marshal is also a graduate of the Imperial Defence College. He was later awarded the Padma Bhushan in 1968 for his distinguished service. He commanded a division in Jammu & Kashmir for a short duration and took over command of a corps on the Eastern Frontier in November 1962. On 4 December 1963, then Lt-Gen Manekshaw became the first Indian Commissioned Officer to become an Army Commander and became the General Officer Commanding-in-Chief Western Command before taking over as the General Officer Commanding-in-Chief Eastern Command in November 1964. Field Marshal Manekshaw was appointed the Chief of the Army Staff on June 8, 1969. 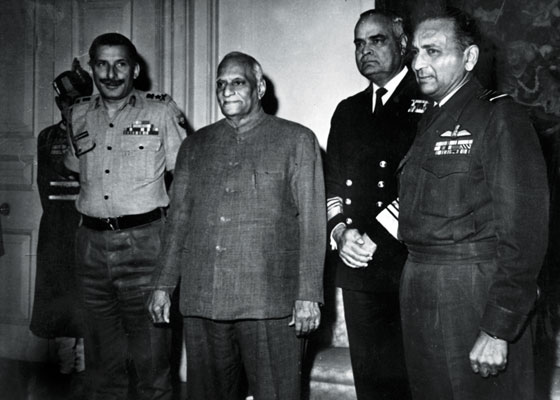 As Chief of the Army Staff, he rendered yeoman service to the Nation by forging the Indian Army into an efficient instrument of war. In his capacity as the Chairman of the Chiefs of Staff Committee, he welded the Army, Navy and Air Force into a well-knit team working in perfect harmony which resulted in the capitulation of the Pakistani Army in the Eastern Front. The decisive results achieved by the Indian Army during the 1971 conflict with Pakistan under the able military leadership of Manekshaw gave the nation a new sense of confidence and his services were recognised by the President of India when in January 1973, he was elevated to the rank of Field Marshal.