Bollywood celebs in the Yoga vanguard

Be it setting the latest trends in fashion, or giving us lifestyle goals, Bollywood celebrities inspire us to stay fit and healthy. Interestingly, not all of them are gym junkies, some also embrace yoga and have become unofficial brand ambassadors of the ancient Indian science of well-being.

Actor Shilpa Shetty Kundra has been filmdom’s unofficial yoga brand ambassador for more than a decade now. Mother of five-year-old son Viaan Raaj Kundra, Shilpa is a poster girl of sorts for yoga, with her svelte and finely muscled body. She also has a yoga DVD and a dedicated YouTube channel for her yoga clips, including those showing how to do the Suryanamaskar. 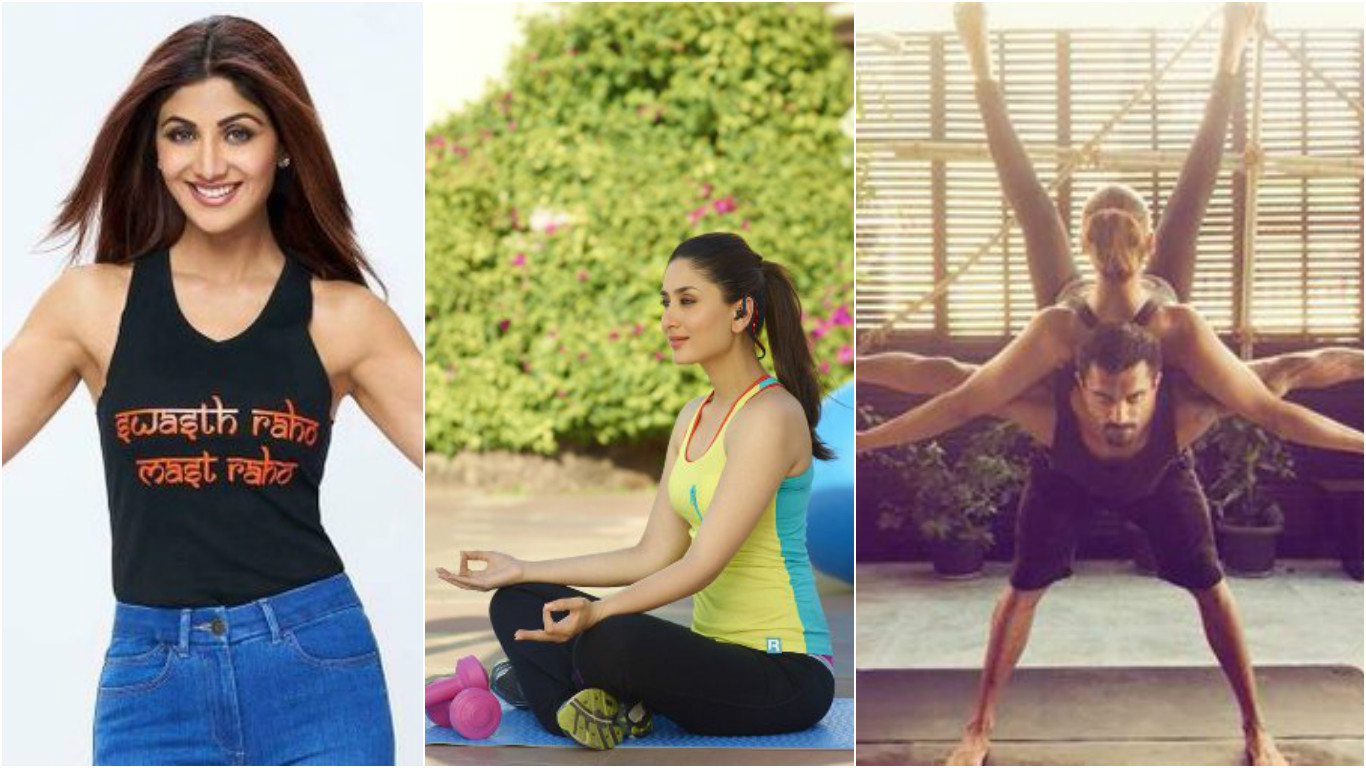 Shilpa has been quoted as saying, “Yoga didn’t just help me with my body; I also became fitter from within. It helped me to focus better. In the movies, we may look very glamorous and fit, but believe me, not many of us are actually fit from within. Yoga has helped me achieve that.”

On International Yoga Day, she revealed her diet and favourite yoga asanas.

Much talked about because of her pre- and post-pregnancy weight gain, actor Kareena Kapoor Khan, mother to six-month-old Taimur Ali Khan, is often spotted out doing yoga.

There’s a strong following for her workout videos on Instagram, posted by her fan clubs and best friend Amrita Arora. Going by reports, she has already lost 14kg. Long before becoming a mother, Kareena had created quite a buzz in 2008 when she had reportedly slimmed down to size zero, a figure reportedly achieved through a balanced diet combined with 50 Suryanamaskars and 45 minutes of different yoga asanas.

Bebo also introduced Amrita’s sister Malaika Arora to yoga. And ever since, Malaika has been doing power yoga regularly.

Another superfit actor, 36-year-old Bipasha Basu, is a yoga freak. She has released a series of solo fitness DVDs and can often be spotted sweating it out with husband Karan Singh Grover.

Yoga is like Life - It's a beautiful balance of Holding On & Letting Go ❤️ Its magical ❤️ Keep… https://t.co/MKh2R6vJnW

Among other stars, there are Deepika Padukone, Sonam Kapoor, Nargis Fakhri, Jacqueline Fernandes, Parineeti Chopra, Ileana D’Cruz and Alia Bhatt who are known to be yoga enthusiasts.

Surprisingly, while so many female stars are into yoga, we hardly see any men here. Though most male actors follow serious fitness regimes, none seems to be a fan of yoga.