To relieve the financial strain on one of India’s premier airlines, the Board of Jet Airways has approved a Bank-Led Provisional Resolution Plan (BLPRP).

“The BLPRP proposes restructuring under the provisions of the RBI Circular in order to meet a funding gap of nearly INR 85 billion (SGD1612.3 million) which is to be met by an appropriate mix of equity infusion, debt restructuring, sale/ sale and lease back/ refinancing of aircraft, among other things,” stated Jet Airways in a media release.

Accordingly, the Board will now seek approval from the consortium of lenders, the overseeing committee of the Indian Bankers' Association, the Board of Directors of Etihad Airways, and the promoter. The BLPRP will be presented for consideration of each of the above.

Jet Airways' Board has approved a Bank-Led Provisional Resolution Plan (BLPRP) which proposes restructuring under the provisions of the RBI Circular. Photo courtesy: Jet Airways

“The implementation and/ or any action thereon will be under the provisions of and subject to receipt of all applicable statutory, regulatory, contractual and corporate approvals and consents,” said the release.

The BLPRP envisages the Company receiving the requisite approvals from shareholders at their meeting scheduled to be held on February 21 for conversion of Lenders’ debt into appropriate equity shares that would result in the Lenders becoming the largest shareholders in the Company, and, appointment of Lenders’ nominees to the Board of Directors of the Company under the provisions of the RBI Circular.

Additionally, the BLPRP also envisages sanction of interim credit facilities by domestic lenders on terms to be agreed, as well as, appropriate governance structure including the Board composition in accordance with applicable statutory and regulatory requirements. 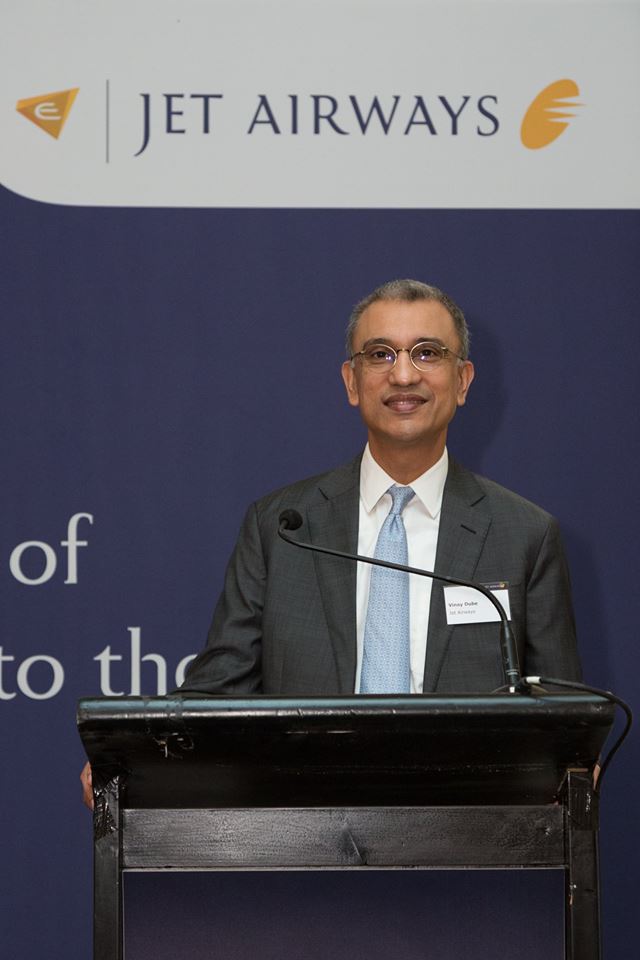 "We are indebted to our employees who, despite our interim challenges, have worked tirelessly to ensure the highest levels of operational reliability and customer services for our guests, in line with our core values. We are also grateful to our guests for their continued support and words of encouragement which have been a source of inspiration and strength for us,” said Vinay Dube, CEO, Jet Airways.

“Jet Airways continues to make steady progress on its operational and financial turnaround and with today’s approval of the Bank led Provisional Resolution Plan by the Board of Directors of the Company, we remain confident of delivering a more strategic, efficient and financially viable airline,” he added.

Despite improvement in RASK which grew by 2.6 per cent over Q3 FY18 due to seasonal, demand-led strengthening of fares, higher costs due to the price of Brent crude (up 29% YoY) and the depreciated Indian Rupee impacted the airline’s overall business performance. These factors ensured that the sequential reduction in non-fuel CASK over the last few quarters could not be sustained. For Q3 FY19, Jet Airways’ non-fuel CASK increased by 13.7 per cent on a year-on-year basis, to INR 3.43. Excluding forex impact, non-fuel CASK increased by 7.5 per cent

The airline also launched its fifth non-stop service between India and the United Kingdom via the country’s maiden, non-stop, service between Mumbai and Manchester, with onward connectivity to North America along with 3 additional services to Singapore from Mumbai, Delhi and Pune as well as additional frequencies between Delhi – Bangkok, Mumbai – Doha, Delhi – Doha, Mumbai – Dubai and Delhi – Kathmandu as part of its winter schedule.