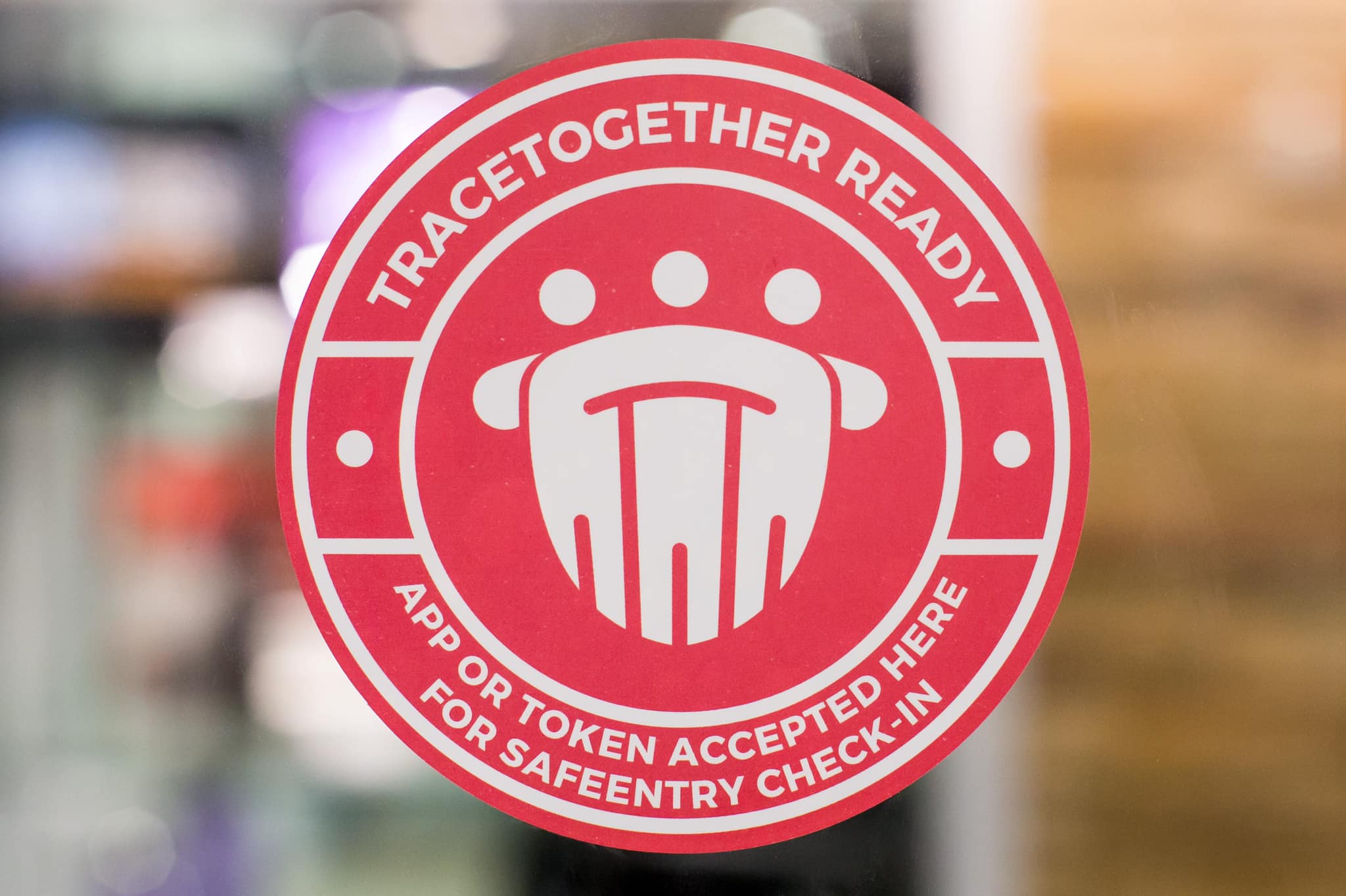 The Singapore government on February 1 introduced in Parliament the COVID-19 (Temporary Measures) (Amendment) Bill under a Certificate of Urgency.

“These amendments will give legal force to the statement made in Parliament by Minister-in-Charge of the Smart Nation Initiative, Dr Vivian Balakrishnan, and Minister for Home Affairs and for Law, Mr K Shanmugam on 5 January, that the use of TraceTogether (TT) data in criminal investigations would be restricted to serious offences,” said the release by the Smart Nation and Digital Government Office (SNDGO).

The Bill covers the usage of personal contact tracing data recorded in digital contact tracing systems. These systems comprise TT and SafeEntry (SE), as well as BluePass (BP), insofar as it is interoperable with TT. The TT Programme, which includes the TT App and the TT Token, collects proximity data to help identify close contacts. SE is the national check-in system that is a digital equivalent of visitor record logs. BP is a contact tracing system developed by the private sector that can interoperate with TT.

The legislative amendments specify that public sector agencies can use personal contact tracing data recorded in digital contact tracing systems only for the purpose of contact tracing, except where there is a need for police officers and law enforcement officers to use the data for criminal investigations and proceedings in respect of serious offences.

These seven categories are: 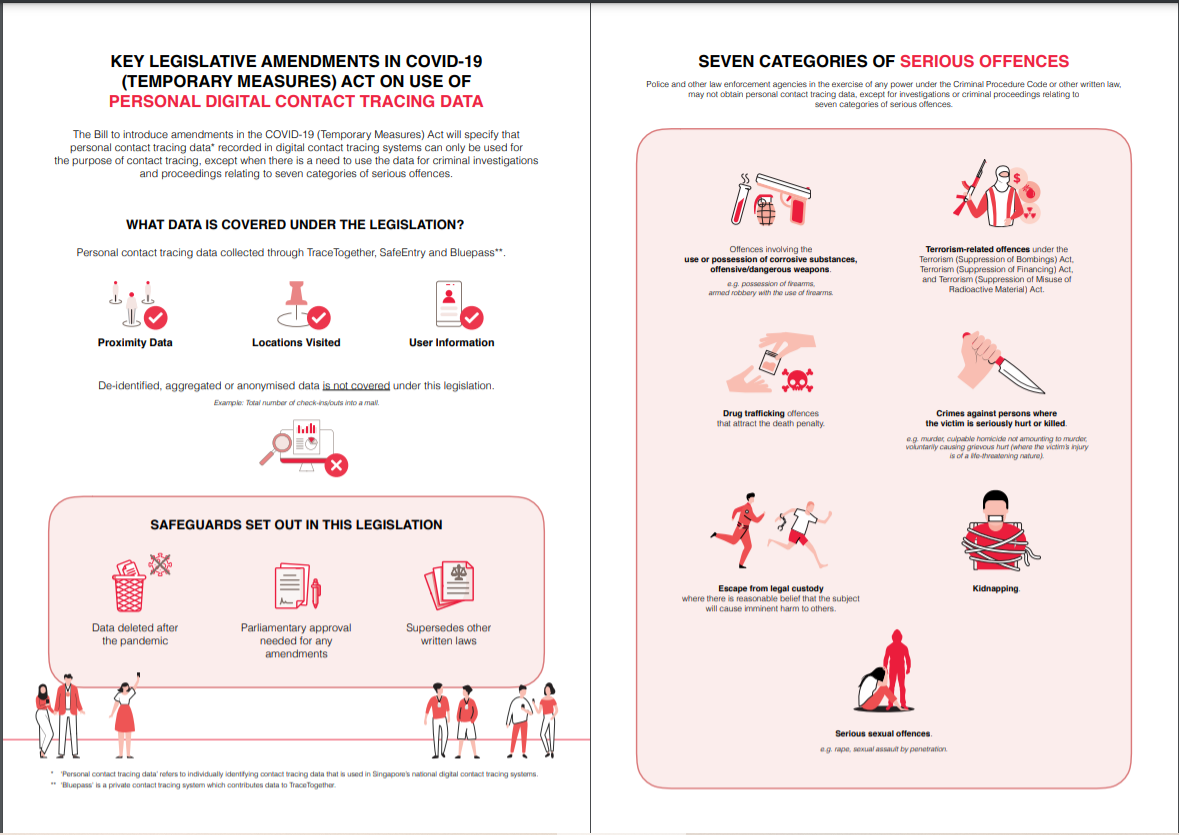 The new restrictions on the Government’s use of personal contact tracing data will apply regardless of any other written law stating otherwise.

The legislation applies to personal contact tracing data, i.e. data which identifies an individual. It does not prohibit de-identified, aggregated or anonymised data recorded in the digital contact tracing systems from being used in epidemiological research “to strengthen our public health response, or to monitor the effectiveness of safe management measures implemented by businesses”.

The release also stated that once the pandemic is over, the Government will cease the use of the TT and SE systems at which point public agencies must stop collecting such data, and delete the collected personal contact tracing data as soon as practicable. 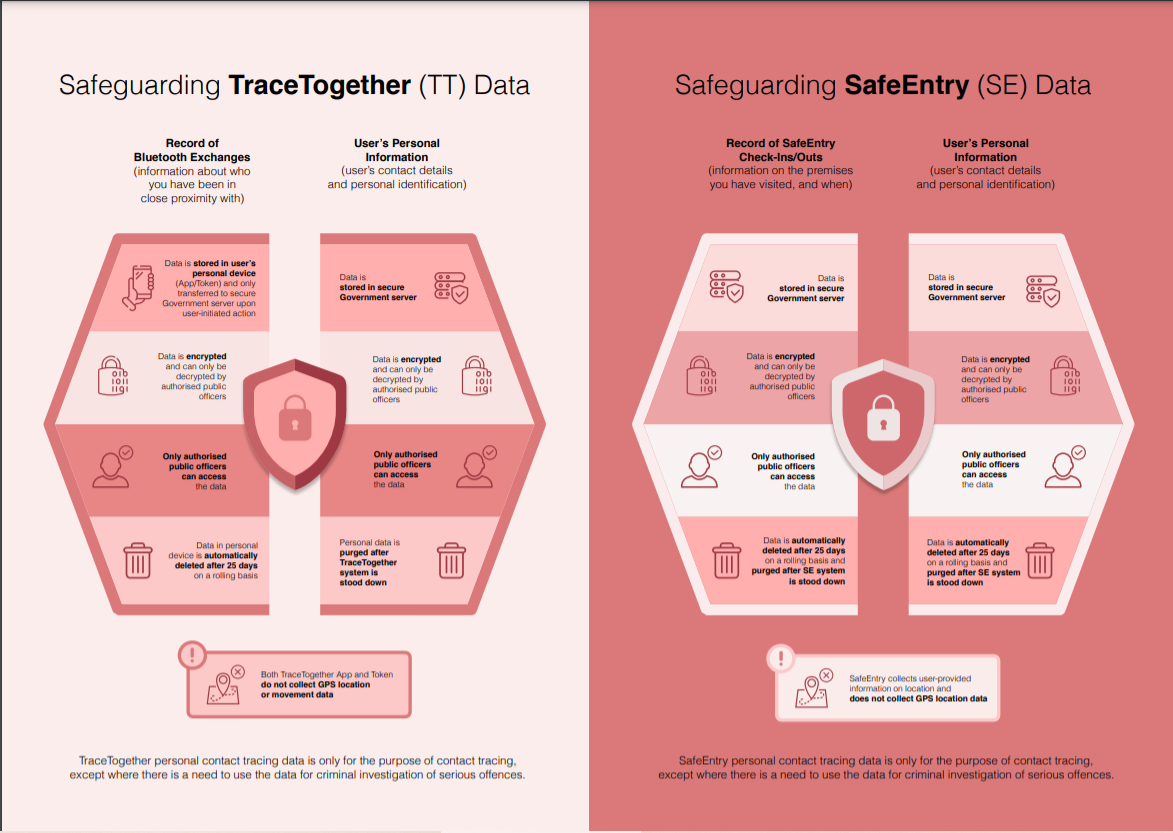 Additionally, the bill states that any public officer (or contractor engaged by a public sector agency) found guilty of unauthorised use or disclosure of personal contact tracing data can be fined up to SGD 20,000, or sentenced to imprisonment for up to 2 years, or both.

As per the SNDGO release, to date, more than 80% of the population have either downloaded the TT App or collected the TT Token. TT, together with other digital contact tracing tools, has shortened the average time required for contact tracing from 4 days to less than 1.5 days.

“We must continue to do well in contact tracing so that we can manage the COVID-19 crisis successfully, ringfence cases quickly, and keep community cases from rising. And we need to make good use of technology and data to help contact tracers do their work quickly and effectively,” the release stated.