The newly appointed Indian Finance Minister Nirmala Sitharaman is finding herself in a tough spot with a former Reserve Bank of India governor and a key ally of Prime Minister Narendra Modi’s government making a strong case against the idea of a debut sovereign international bond to fund a fast-growing economy.

India’s plan for an up to US$10bn - roughly 10%-15% of its gross borrowings for fiscal year ending March 2020 - international bond debut, announced in its July 5 budget, has triggered an extensive debate both within and outside the country. 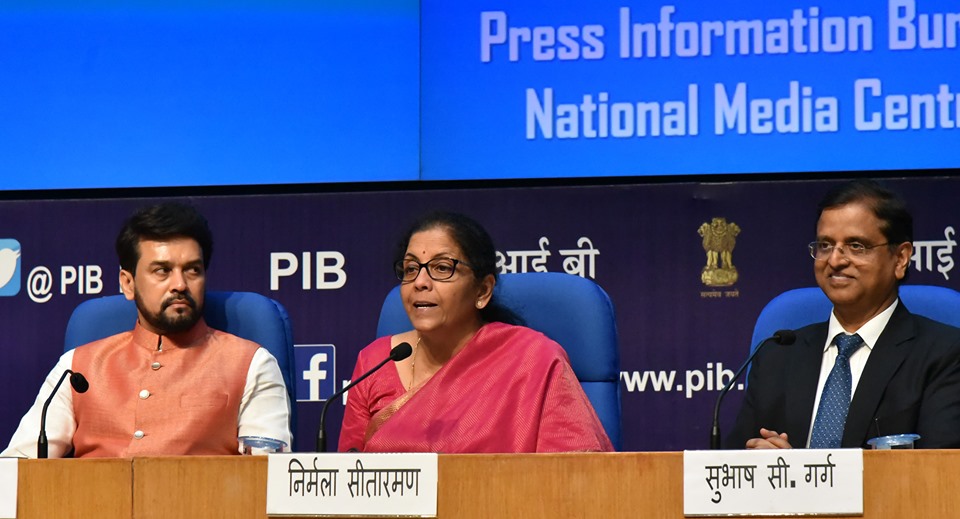 The obvious currency risk it will entail - with the US dollar stubbornly strong against all currencies and the Indian rupee - has got many experts advocating against such a move.

There are others who are optimistic about the bond’s potential to ease the burden of significant onshore borrowings, set a credible benchmark for Indian companies and a funding platform for the sovereign in offshore debt markets.

For a country that has largely relied on domestic Indian rupee borrowings to fund itself - which arguably shielded it from a number of global crises - and is still somewhat wary of foreign influence in its domestic markets and industry, an international bond debut plan has unsurprisingly become a tough political and economic call. 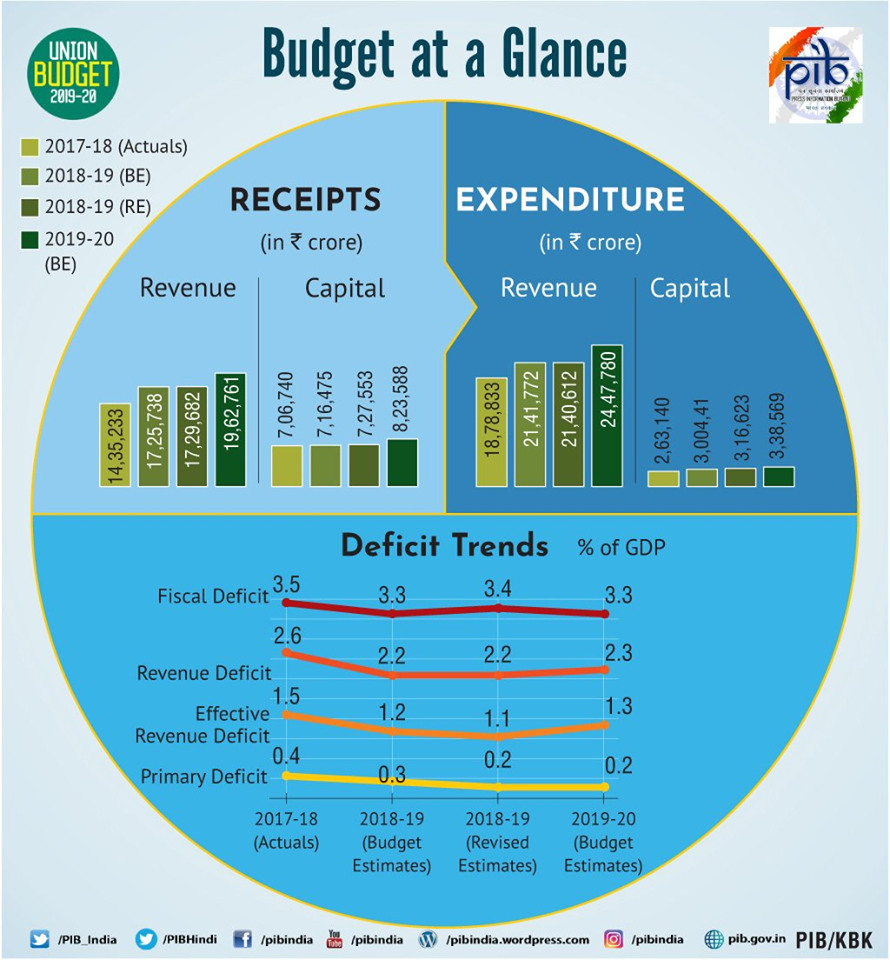 The Indian budget at a glance. Courtesy: PIB

The Indian government has, in the past, tapped offshore debt markets through issuing entities like the State Bank of India to raise funds in times of dire need.

The first came in the form of India Development Fund in 1991 which raised US$1.6bn which was followed by the Resurgent India Bonds in 1998 for US$4.2bn; the Indian Millennium Deposit scheme in 2000 for US$5.5bn; and an FCNRB scheme in 2013 that garnered a whopping US$32bn.

All these funding attempts were expensive (the Millenium scheme paid a rate of 8.5% for five-year dollar deposits) and targeted mainly overseas Indians who were more than happy to take the money put on the table.

This time around, an international bond by India (rated Baa2/BBB–/BBB– by Moody’s, S&P and Fitch) could save it roughly 300 basis points or more versus its onshore costs (based on the yield differential between India’s 10-year government securities and US 10-year Treasuries), according to a research report by a SBI analyst. The 10-year Gsec is roughly 6.4% while the 10-year Treasury is 2.4%.

And given the outpouring of love for emerging market debt in dollar markets, it could price its 10-year bonds closer to a yield of 3-4% or around where similarly rated sovereign bonds and quasi India sovereign bonds were trading.

On a fully-hedged basis, this optics of a lower borrowing cost may fade away. “This is because of the swap cost that is always associated with such borrowings. However the indirect benefit (of an international bond) will be significant as with the (domestic) bond yields softening it will help banks to increase their bottom-line through treasury profits,” said the SBI report.

But former RBI governor Raghuram Rajan in an opinion piece (published in the Times of India) argued  that an international bond was unlikely to cut down domestic borrowing requirements (and thus not prompt a softening in domestic bond yields).

Instead of a sovereign bond, India  could increase limits on foreign portfolio investment into its rupee government securities, he wrote.

He said the overseas bond issue was being thought of because foreign bankers were pushing it as a cheaper funding alternative. “This argument is bogus - usually the lower dollar interest rate is offset in the longer run by higher principal repayments as the rupee depreciates against the dollar,” he wrote.

Rajan even had support from unexpected quarters - Swadeshi Jagran Manch, the economic wing of the Hindu nationalist group Rashtriya Swayamsevak Sangh (RSS) and a close ally of Modi’s political party.

“We cant allow this to happen,” the SJM’s co-convenor Ashwani Mahajan was quoted by Reuters as saying. He even called the move to issue an international bond anti-patriotic as it could create long-term risks for the economy, potentially allowing rich foreign nations and their financial institutions to dictate the country’s policies.

What Sitharaman will decide after all this opposition remains to be seen but if she does go ahead, India can be assured of a strong investor reception.

"Emerging market bonds are regaining popularity in an environment where the Fed (US Federal Reserve) is signalling interest rate cuts and the ECB (European Central Bank) is expected to take a dovish stance," said a senior credit strategist at a US-based bank.

“Some US$13 trillion of fixed income assets around the world are now carrying negative yields that makes some 25% of the global debt investment universe untouchable which then means there will be a stampede of demand for positive yielding debt like emerging market bonds,” he added..

The strategist in fact thought India should go big and wide with its debut bond. “India should raise up to US$10bn and use a dual tranche structure selling five and 10-year bonds. They should also go all out by selling bonds that have direct distribution into the US and the world so that it can access every possible pool of liquidity.”

The hotness of EM debt was evident, the strategist said, from the overwhelming response to Saudi Aramco’s recent US$12bn debut five-tranche bond (with maturities of three-, five-, 10-, 20- and 30 years) that got some US$100bn in orders.

Some industry watchers feel the notion of an Indian sovereign debut in international markets was unnerving partly because of a lack of confidence in the country’s politicians and bureaucrats to stay disciplined enough with such a funding exercise.

“Investors hate surprises so India would do well to adopt a disciplined and organized approach with this funding. They should clearly articulate their plans with this funding and telegraph their gameplan and if need be show preparedness to deal with any hiccups that may come in the way of a debut borrowing program,” said one US-based analyst.

They should also not get carried away with their initial success, if that is what happens, and stick to a regimented funding plan.

Rajan said as much when he wrote: “A small issuance will likely not be problematic. The concern is that once the door is opened, the government will be tempted to issue more, much more, with attendant risks - after all, all addictions start small.”