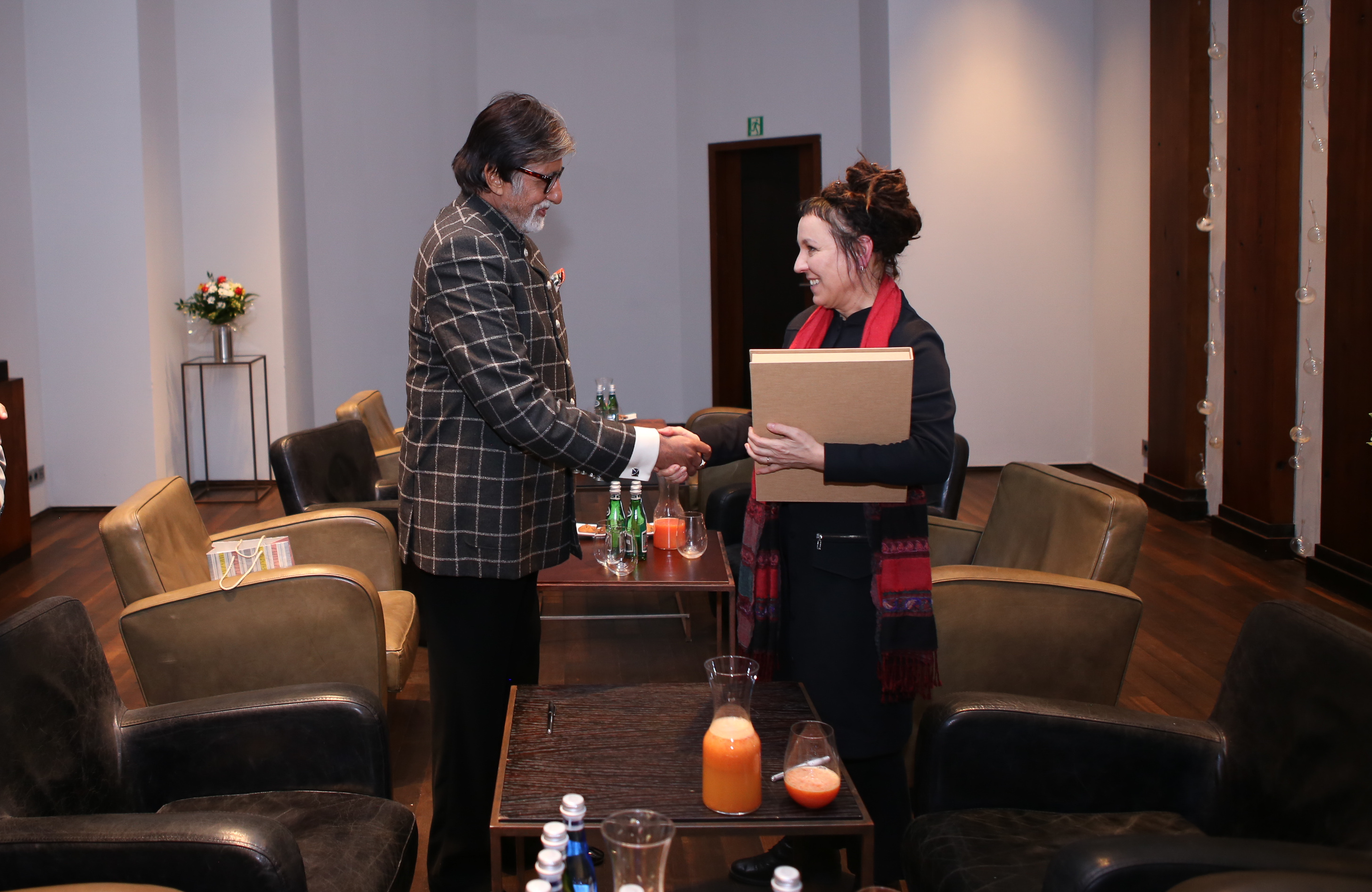 Bachchan discussed Polish-Indian cooperation in the field of literature with Tokarczuk, who was awarded the Nobel Prize for Literature for 2018. 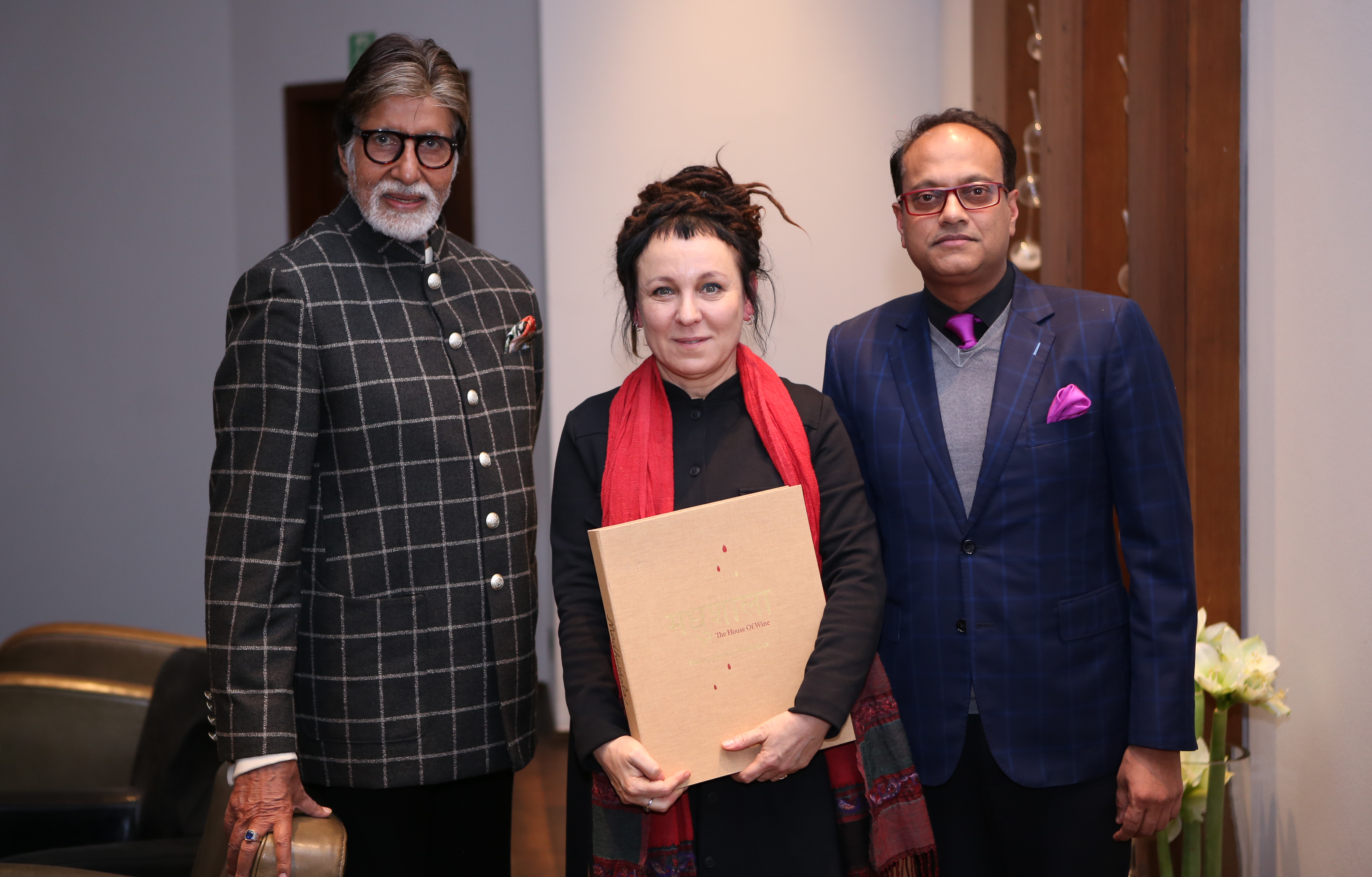 Amitabh Bachchan with Nobel Prize winner Olga Tokarczuk and Kartikey Johri, Honorary Consul of the Republic of India in Wrocław.

The actor also unveiled a commemorative miniature sculpture depicting his father, poet Harivansh Rai Bachchan in the centre of Wrocław.

“The city of Wrocław and the people I have met here are an extraordinary experience for me. It will be a pleasure for me to come back here. I was deeply moved by the respect shown to my father and me, but above all to my country. As I said to the President of Wrocław, I will say it again - please use me to promote this beautiful city. I hope to see you soon because I’d like to show Wrocław to my whole family,” said the actor. 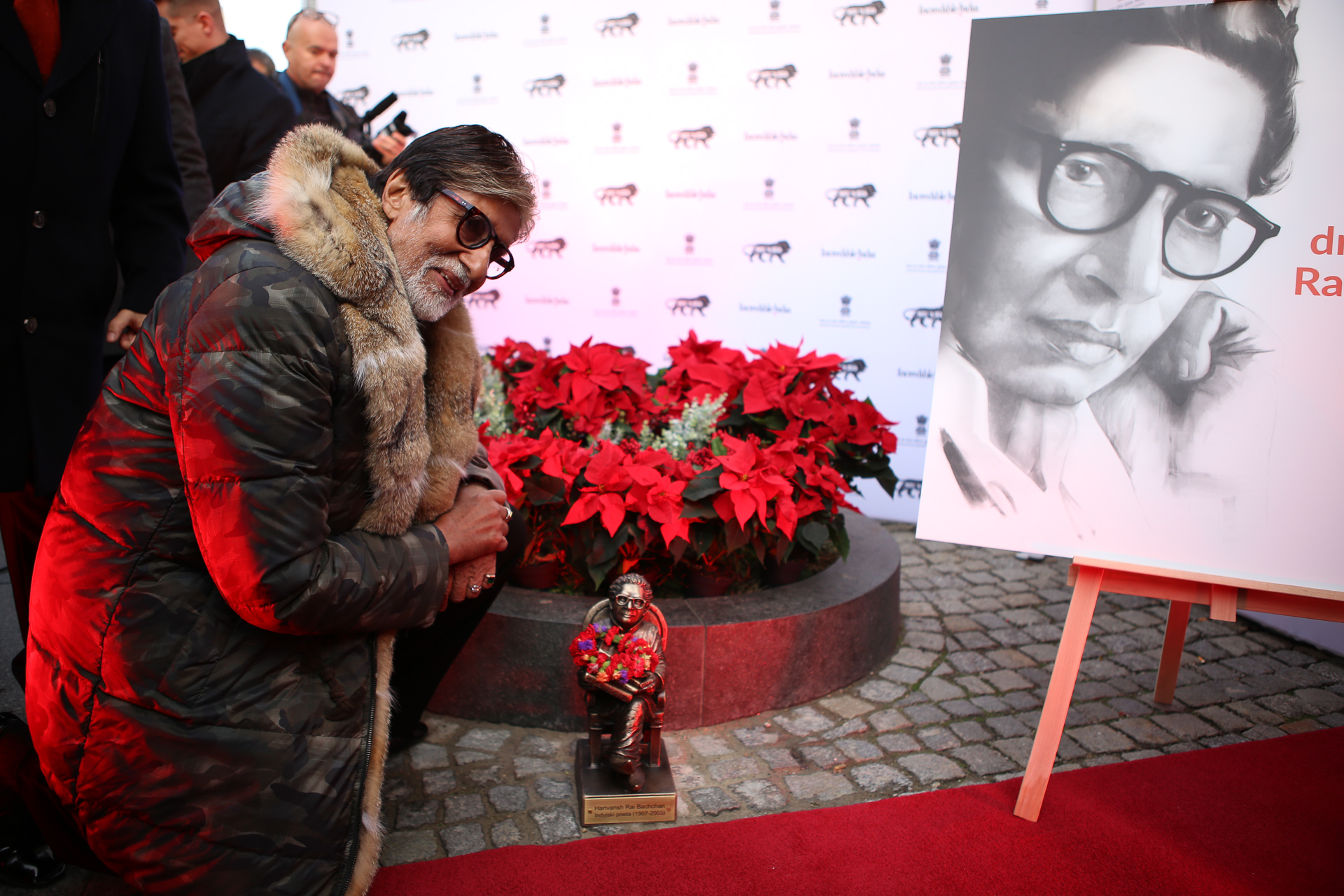 “I’m happy that after nearly 10 years of efforts to organise the visit, we can finally play host to Amitabh Bachchan in Wrocław. I am also proud and grateful to the inhabitants and authorities of the city that they so wonderfully commemorated Dr Harivansh Rai Bachchan and gave his son a warm welcome. This is another span, one very important, of the symbolic bridge connecting Poland with India. Its construction is my great dream, which I am working on all the time,” added Kartikey Johri, Honorary Consul of the Republic of India in Wrocław. 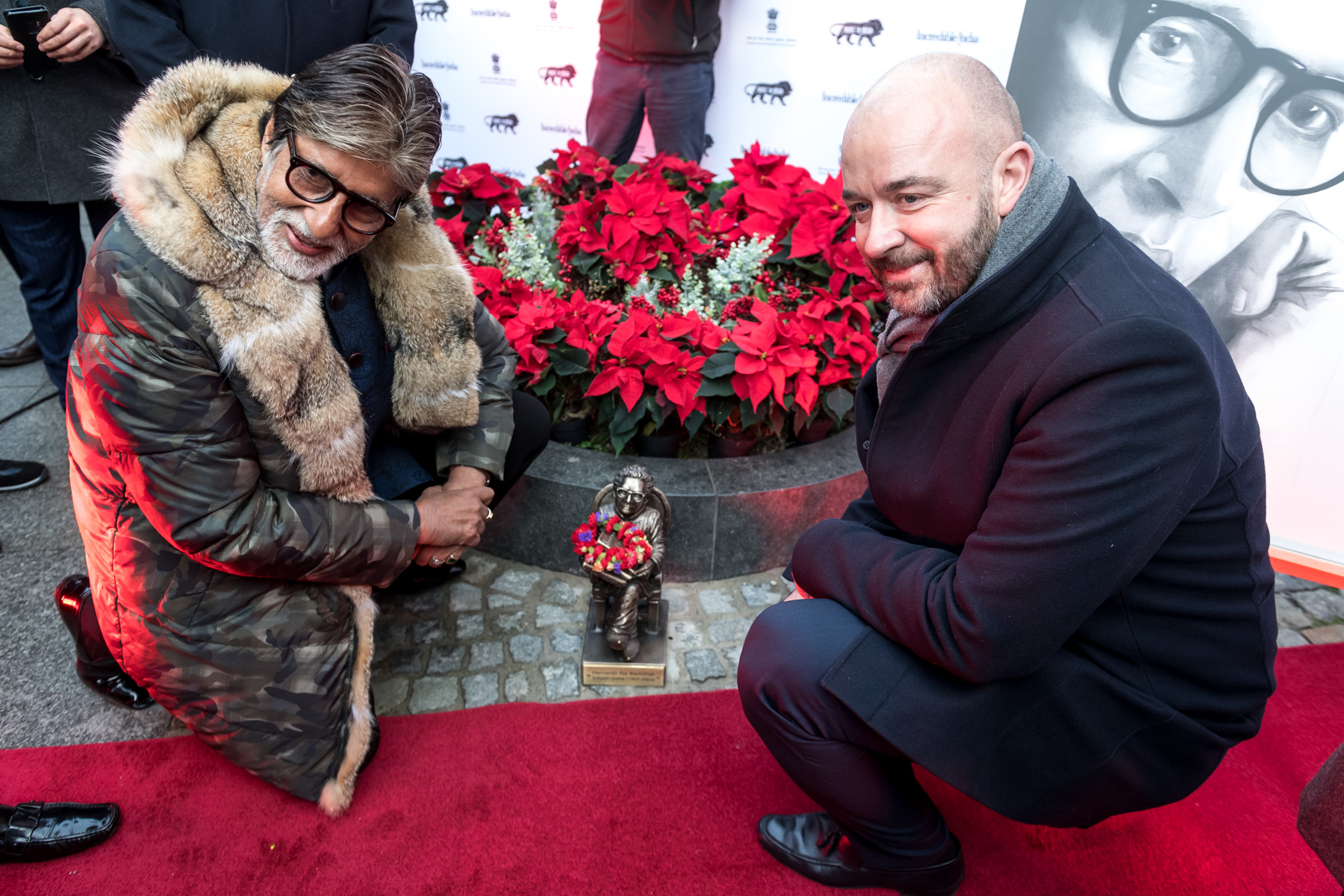 Bachchan poses with the miniature sculpture of his father, Harivansh Rai Bachchan and the President of Wrocław, Jacek Sutryk.

Bachchan also received awards for supporting the development of the Polish-Indian relations - he was awarded the Decoration of Honor Meritorious for Polish Culture as well as the Medal of the "300th Anniversary of the University of Wrocław". 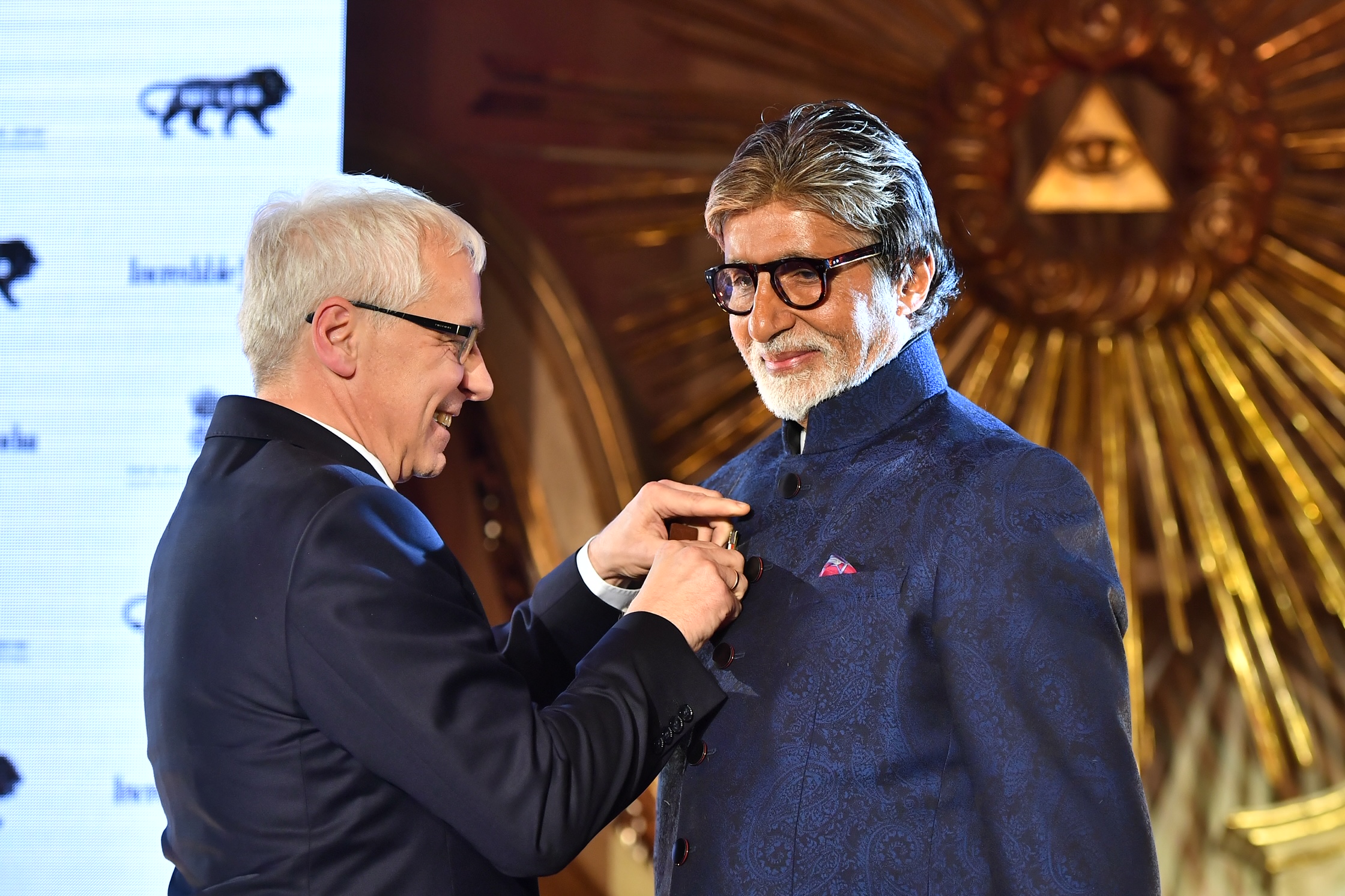 “I believe that here in Poland, we still know too little about India. Therefore, in recognition of the contribution to our cooperation and the achievements in the field of culture, I would like to present this commemorative award on behalf of the academic community,” said Professor Adam Jezierski, the Rector of the University of Wrocław. 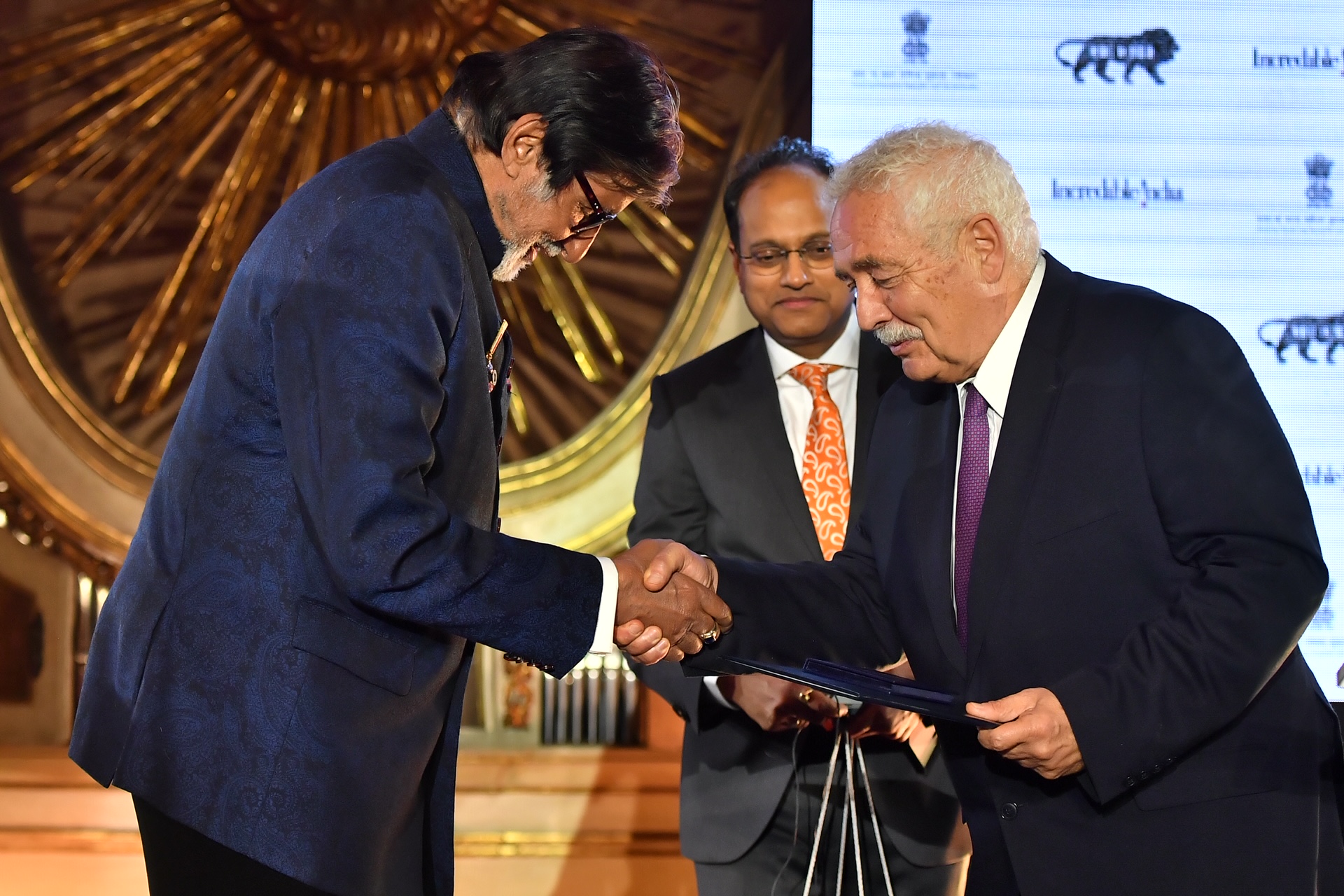 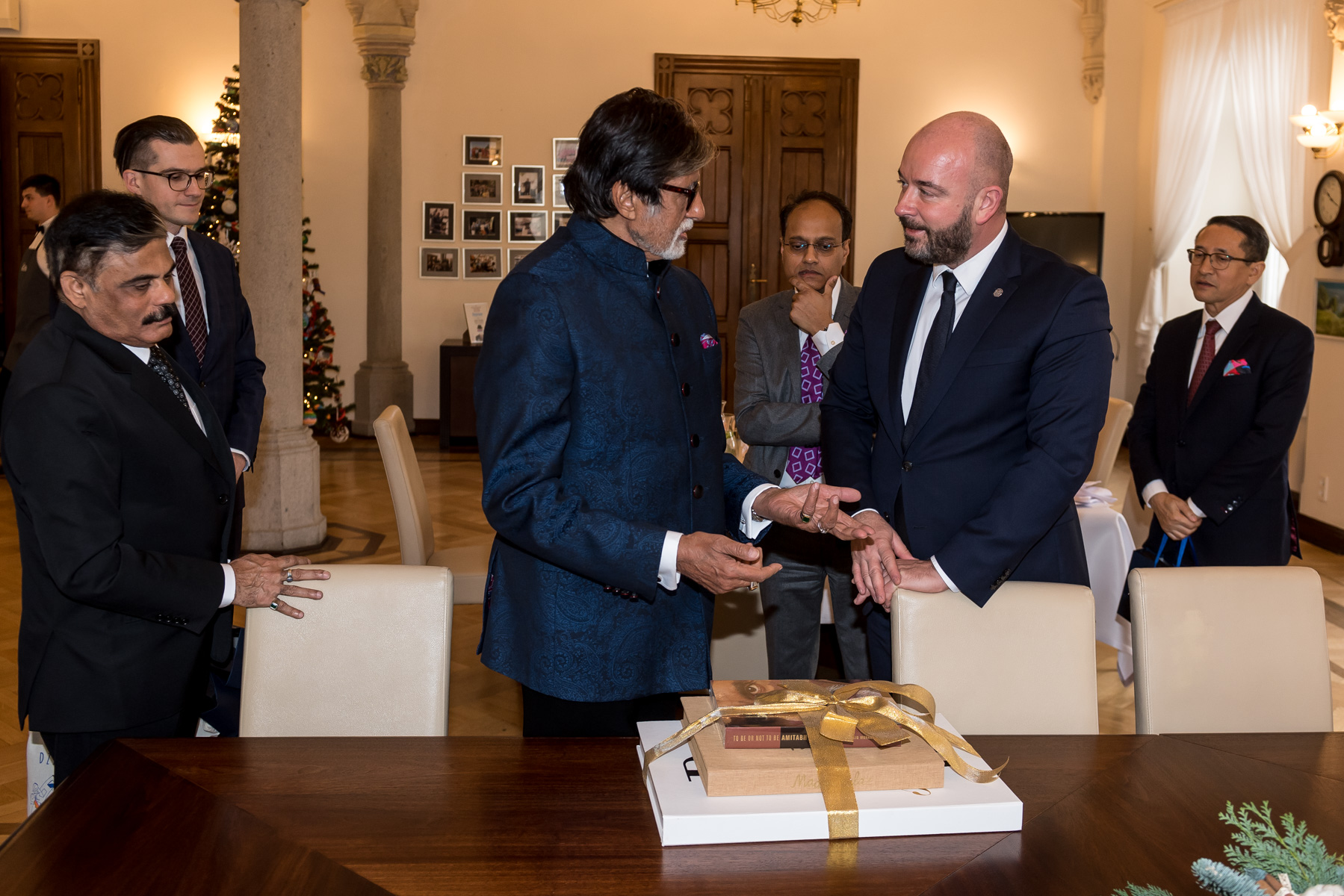 Amitabh Bachchan was invited to Wrocław by Jacek Sutryk, President of Wrocław in March 2019 when he visited Mumbai

It was announced that each academic year, a student with outstanding academic achievements would receive 10 thousand zlotys and air tickets to travel to India to get to know Indian culture even better.