Justin Bieber thrilled his Indian fans in Mumbai with his two-hour long performance at DY Patil Stadium as a part of the Purpose Tour.

Although the tickets were highly priced, it didn’t stop fans and Bollywood A-listers from attending the concert and a packed crowd of 45,000 showed that the singer is immensely popular in India.

There were many Bollywood celebs in attendance, including Alia Bhatt, Sridevi, Boney Kapoor, Arbaaz Khan, Malaika Arora, Pooja Hegde, Urvashi Rautela, Raveena Tandon and Arjun Rampal at the event, many of them with their kids who form Bieber’s core fan base. Jacqueline Fernandez played host to Bieber throughout the day.

Bieber sang some of his very popular songs like Mark My Words, Where Are Ü Now, I’ll Show You, Boyfriend, Lifeline, What do you mean, Children (with a few kids dancing on stage), Don’t You Give Up Now and Sorry. He also praised the audience on the night.

“I am privileged to be here. Tonight is going to be the best night of your life. You guys are the coolest people I have met. Weather is not too hot but the sun is kinda different here. What a beautiful night tonight, this is the best part of the night,” he said.

(4) Another video of Justin Bieber spotted out in India today. (May 10) pic.twitter.com/97FJ7fva9k

Bieber toured around Mumbai earlier in the day and visited a slum area as well as taking a ride on the streets of the city. The concert, which began at 4 pm, was hosted by Harry Potter actress Elarica Johnson. The climactic gig was preceded by opening acts by Sartek, Zaeden and Alan Walker. 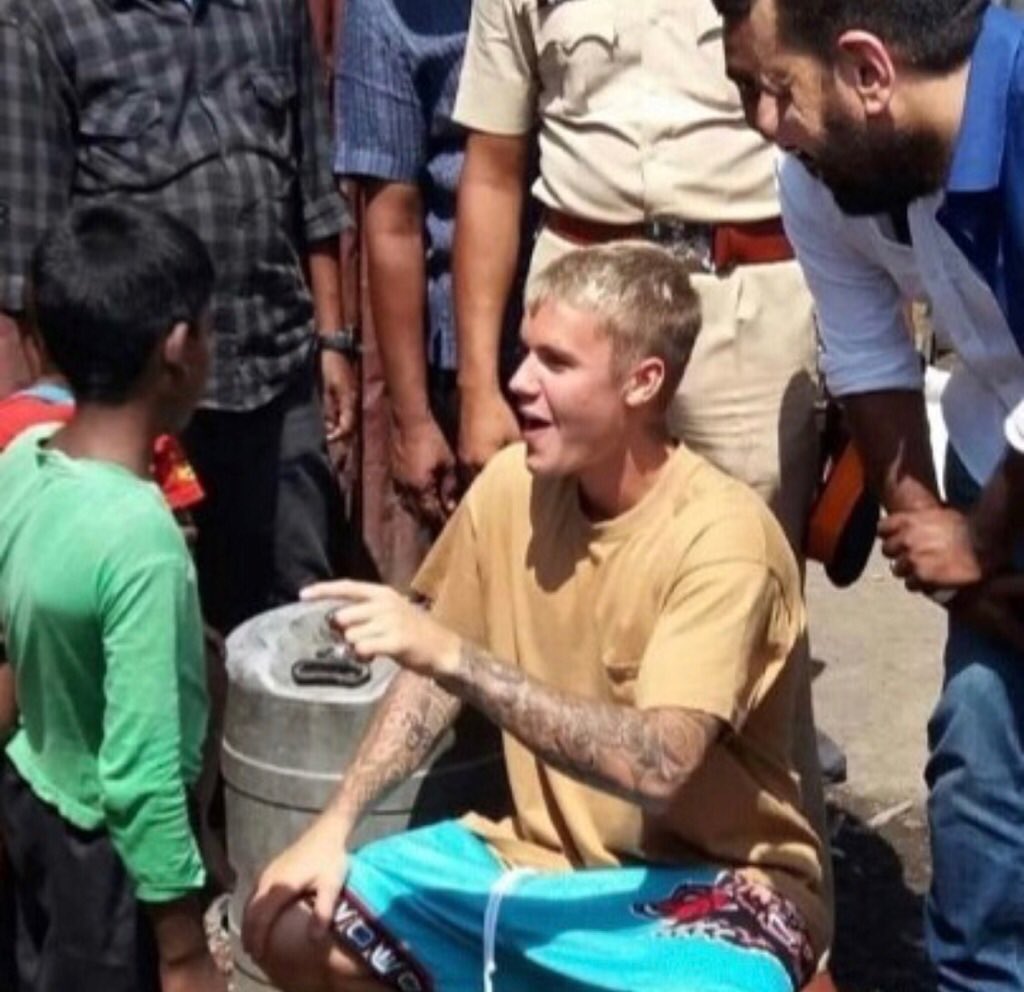