Ever wondered what your favorite male cricketers would look like as women? Well, it might sound like a twisted thought but it’s definitely one that has caught everyone’s imagination on social media. A gender swap photo of the Indian men's cricket team, using an app that shows how the players would look if they were women, has gone viral.

Who will you select as your 👯‍♀️ girlfriend’? 🤔🤣 I will reply tomorrow 🤪

Sharing the picture on his Instagram account Yuvraj Singh said, "Who will you select as your girlfriend? I will reply tomorrow".

Yuvraj might take a day to share his choice but fellow players, celebrities and fans didn’t waste any time to share their favourite and pacer Bhuvneshwar Kumar emerged as the popular choice among many. 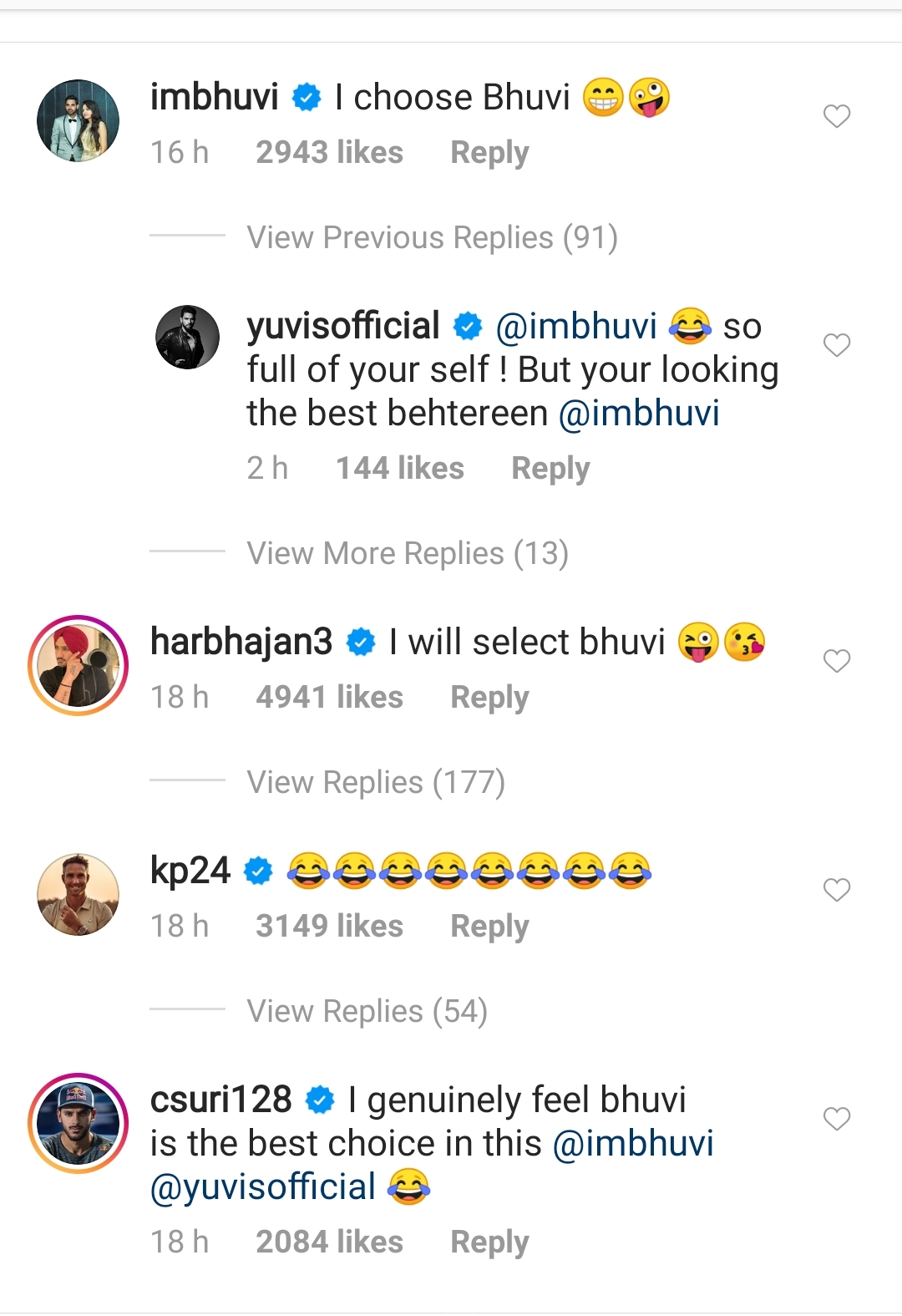 But the best response to Yuvraj’s post came from Bhuvneshwar, who didn’t shy away from choosing himself, writing  "I choose Bhuvi" with Yuvi responding to that saying,"so full of yourself".

Another Bollywood actor Ashish Chowdhry commented "BHUVI IS THE HOTTEST!!"

"I think you want yours too yuvi paa," commented Yuzvendra Chahal, who had recently shared Rohit Sharma’s gender swap image on his Twitter account.