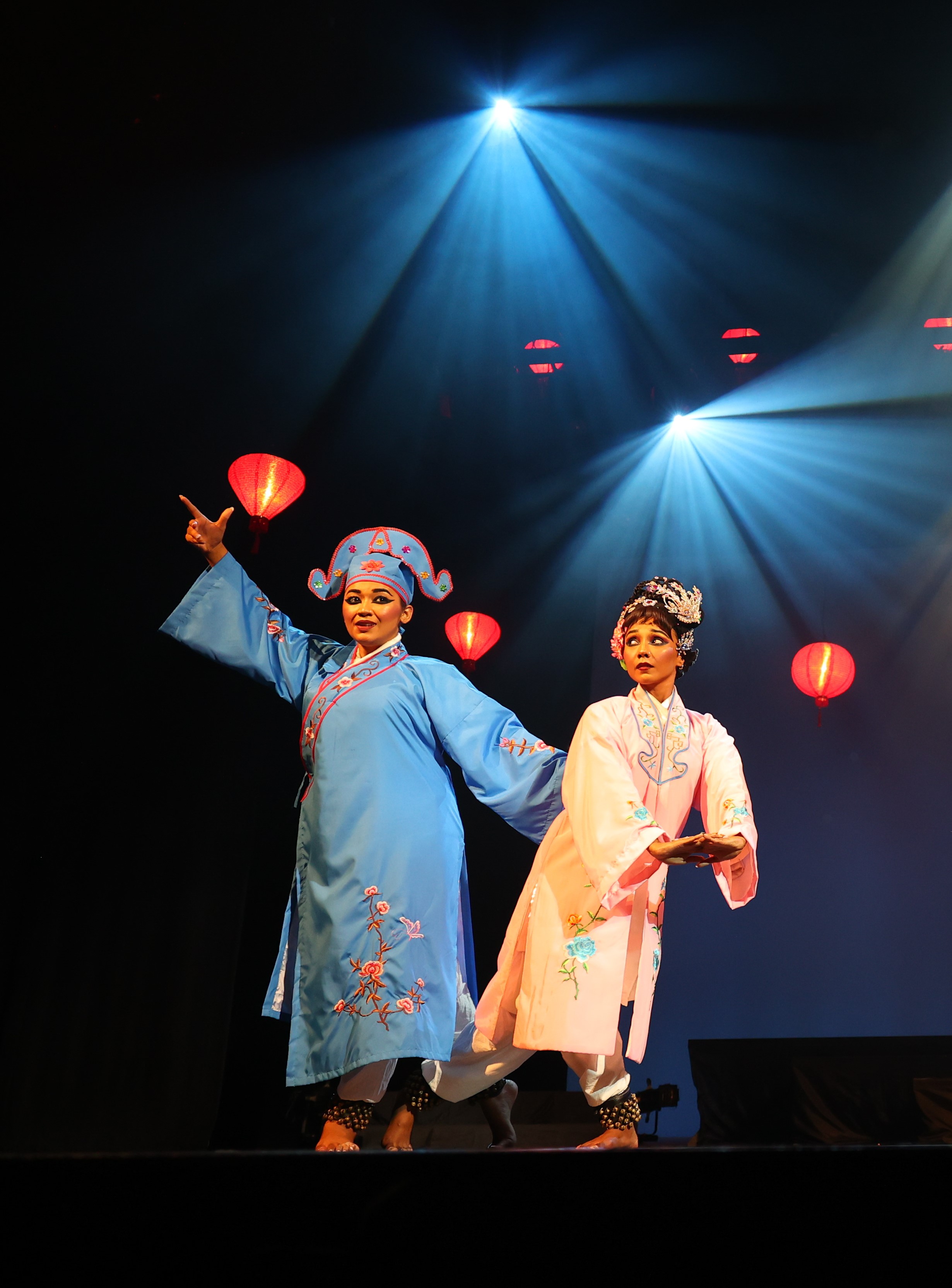 When Santha Bhaskar first arrived in Singapore from India, she was taken by the multicultural atmosphere and the ease with which the various ethnic arts groups got along. Watching the film version of one of the four great Chinese fairy tales inspired her to stage the work as her first full-length dance drama production, leading to a classic Bharatanatyam rendition of the Chinese folktale which made headlines in 1958.

"Singapore was also very young then. Cross-cultural and experimental dance performances were unique to that period of time too. I studied Chinese long scarf dance and used those techniques to emote Ying Tai's depression. Music and lyrics were composed by the late Pandit Ramalingam who was part of our organisation," Santha told Connected to India. 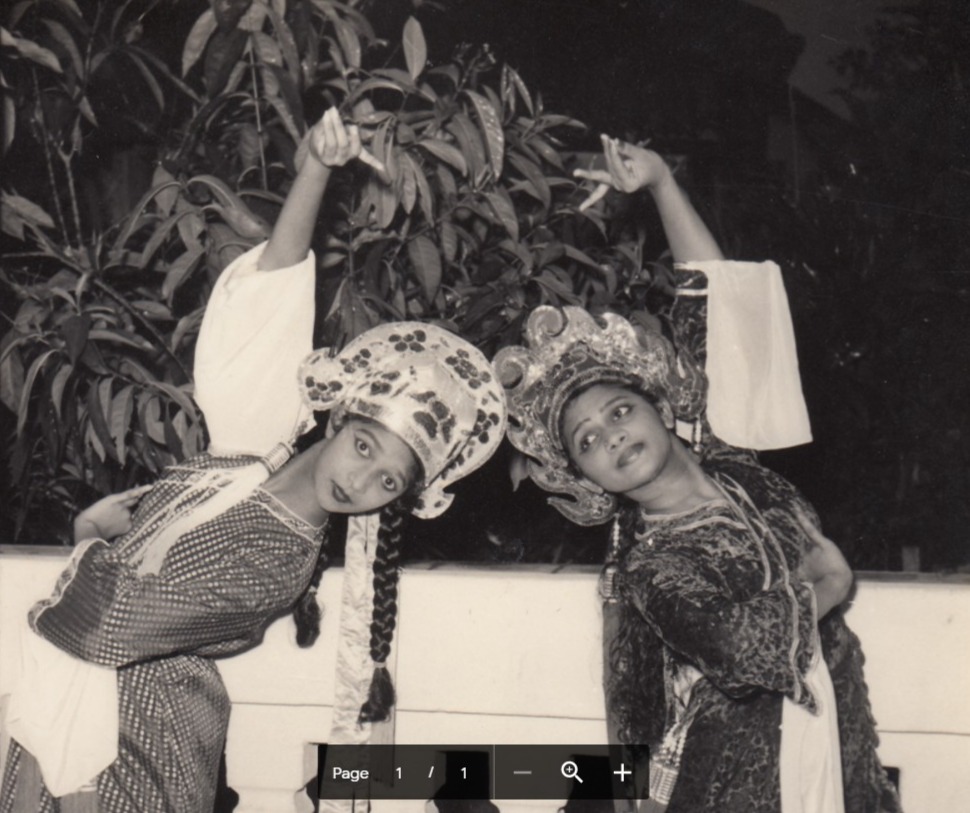 On why she chose to remake this particular piece at this time, Meenakshy said, "My mother first choreographed this story before I was born. I have not seen the production and I have only heard stories about it from my father. I only have an imagination of what it might have looked like from a few photos."

The cast and crew of the remake with Santha Bhaskar (front centre). Photo courtesy: Bhaskar's Arts

"We sought advice from the Chinese arts community and we will be grateful for that. For the second adaptation, Meena did her research on the history of this story and today we are fortunate that we can use technology in dance productions. For this iteration, the dancers attended a Chinese traditional dance workshop before they started learning the choreography," Santha added.

The contemporary version is also the first that Bhaskar’s Arts Academy co-presents with the Singapore Chinese Cultural Centre.

Touching upon the unique points of blending Indian and Chinese cultures, Meenakshy said that both have a very rich heritage and blending the two creates something beautiful and unique.

"My aim is to blend two art forms, which are beautiful and separate entities, in a harmonious way, while still retaining their individuality. Through this work, I am looking for commonalities to bridge cultural exchange," she said. 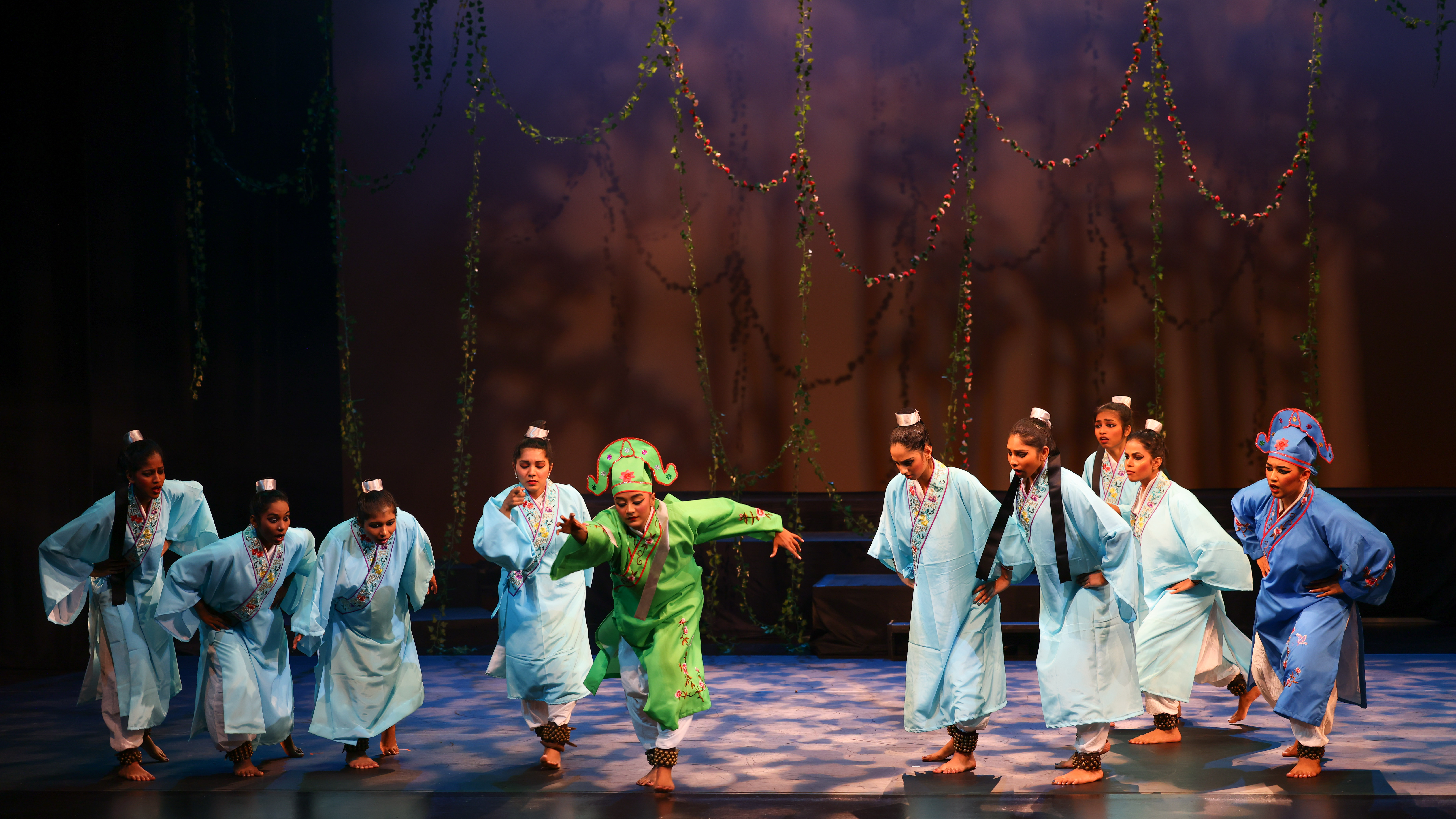 Despite the pandemic, the recent performance opened to a packed house at the Viictoria Theatre. Photo courtesy: Bhaskar's Arts

"When music, dance and literature migrate across oceans they evolve but their roots become stronger. It is difficult to express through words, the audience needs to experience it," Santha chimes in.

Bhaskar’s Arts Academy is no stranger to melding cultural boundaries in their shows, having already produced several projects which involved collaboration and blending. Some notable performances include Vinayaka, with Balinese Dance and then repeated with Javanese Classical Dance, Brihannalla with Cambodian Classical Dance, Manohra with Thailand Classical music and dance, to name a few.

Malini Bhaskar, Santha Bhaskar's granddaughter who essays the role of Liang Shanbo, talked about how she brought the character to life and the technical challenges she faced in expressing the blend of Bharatanatyam and Chinese classical arts.

"I think his (Liang's) defining characteristic is kindheartedness. Throughout the show, I tried to visualise every scene through Shanbo’s eyes, because I must remember that it is not Malini on stage dancing, it is Shanbo," she said. 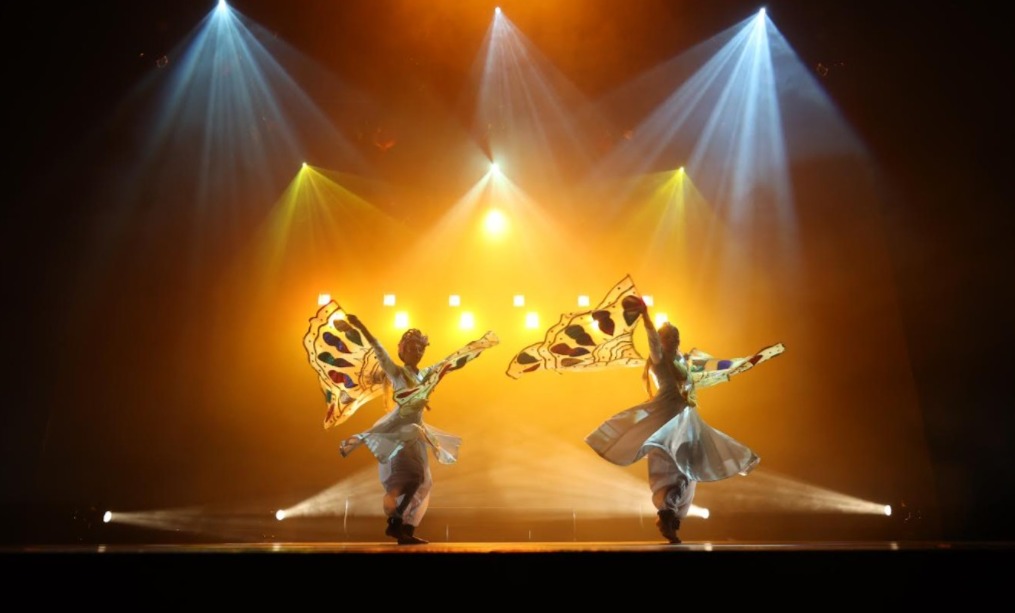 Touching upon the unique points of blending Indian and Chinese cultures, Meenakshy said that both have a very rich heritage and blending the two creates something beautiful and unique. Photo courtesy: Bhaskar's Arts

"The main challenge I faced was adapting to the different qualities of movement. In Bharatanatyam, our movements are generally very grounded and angular, however in Chinese dance, movements are very light and rounded. So, it was tough trying to find a balance between the two," she added.

Despite the pandemic, the recent performance opened to a packed house at the Viictoria Theatre. The creators said that it was a challenge to rehearse and plan with restrictions in force and the loss of live performances led to them entering an unknown world of livestreaming and virtual performances.