Gear up for 'Aham Brahmaasmi', which is set to become the first full length thematic Odissi production with a live music ensemble to be staged in Singapore. 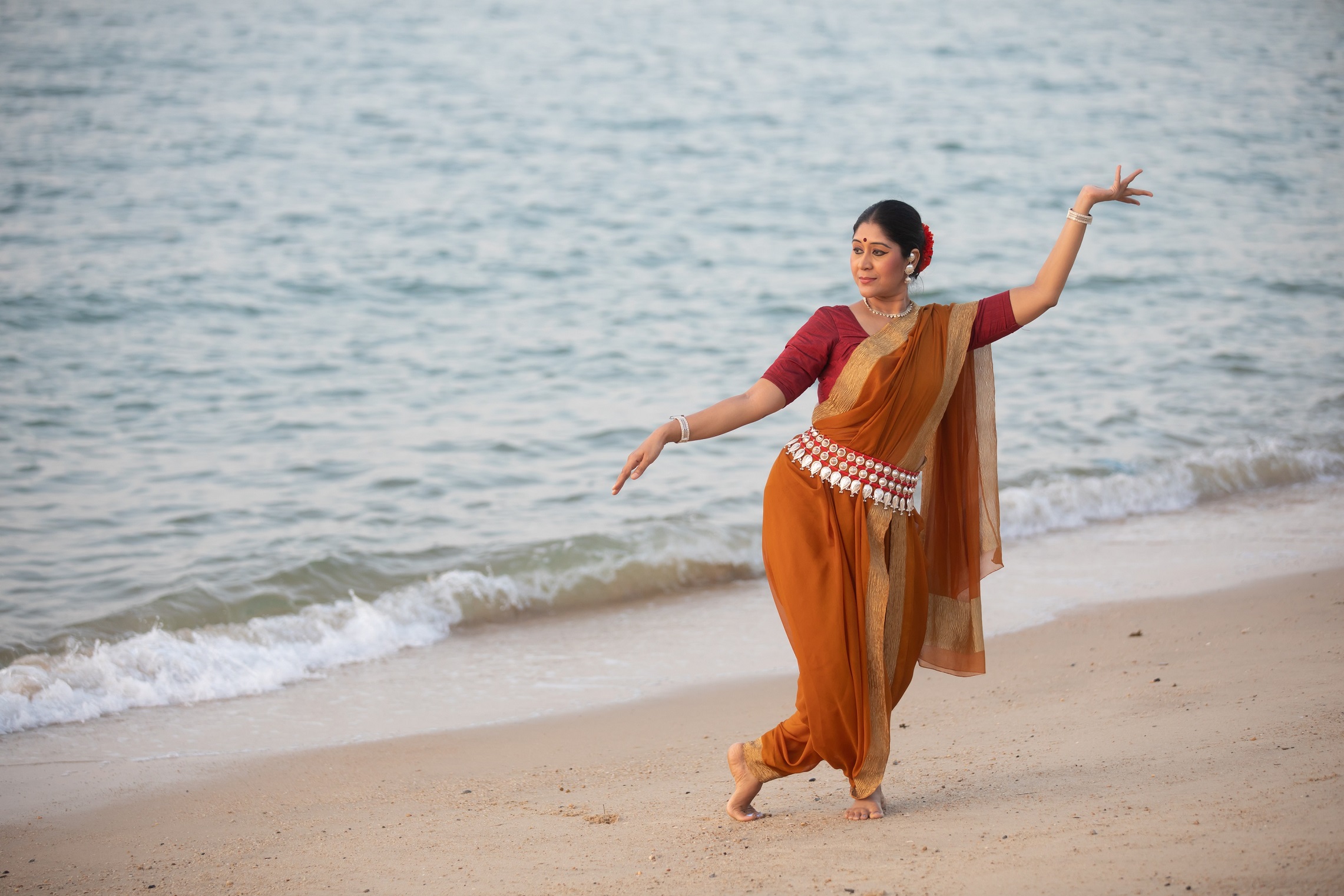 "‘Aham Brahmaasmi’ or ‘I am Divine’ was one of the Mahavakyas that appealed to me and stuck with me as a reminder in everyday life," Indu said. Photo courtesy: Bhaskar's Arts

"'Aham Brahmaasmi', which translates to 'I am Divine' is an introspective journey for each one of us to delve deeper into ourselves and thus understand that we are intimately connected to the Universal energy and cannot be separated from it," Indu said.

The show premieres on Saturday at 7pm at the National University Cultural Centre Theatre.

"I have always been drawn towards the teachings/principles in various scriptures of different faiths. I am amazed by how simple they sound yet the profound knowledge they carry. If followed, they could simplify our complicated lifestyle and make it blissful," Indu Vijay told Connected to India.

"‘Aham Brahmaasmi’ or ‘I am Divine’ was one of the Mahavakyas that appealed to me and stuck with me as a reminder in everyday life. The more I read up on it, the more I was convinced that I wanted to present it in the language I was most comfortable in – dance. I approached Santha Aunty to discuss this in length. I had earlier discussed other concepts with Aunty, and she wasn’t convinced enough to stage them. But the moment I discussed Aham Brahmaasmi, she loved it and immediately said 'Do it. This is very powerful'," she added.

Before Indu could put her plan into action, the pandemic struck, and everything came to a standstill. But, she said, these two years gave her time to think and helped her delve deeper. The rest, as they say, is history.

"When the lockdown was lifted, I called Aunty again to ask her about staging Aham Brahmaasmi as I had a much clearer idea on how I wanted it to be staged. In her ever-encouraging tone she said, 'Let’s do it as part of Bhaskar’s 70th Anniversary celebrations'. There were huge plans for celebrating the anniversary and I was very glad that Aham Brahmaasmi was also chosen," Indu said.

There has been an outpouring of support from the Indian community in Singapore, who are always appreciative of the rich Indian cultural heritage developed in Singapore.

"In some of my previous performances, I have also received very constructive feedback from some members of the Indian community. This has always helped me in my choreography and delivery," Indu said. 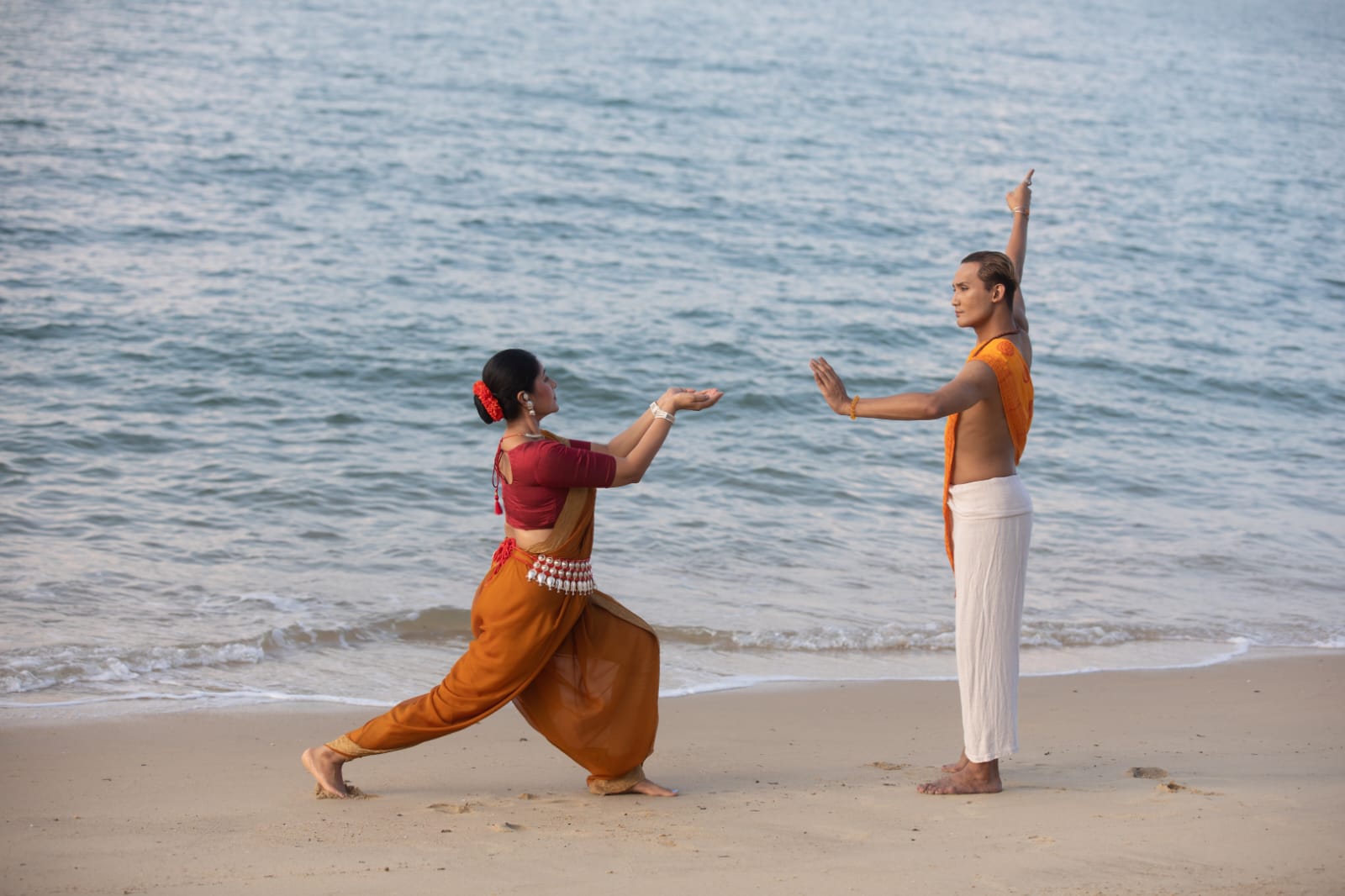 The National Arts Council and the Arts Fund have been generous in supporting cultural performances, while the Singaporean community has expressed a curiosity and willingness to understand and appreciate Odissi.

"As an art form, Odissi is appreciated in Singapore, but I feel there is still scope for it to grow. I will be working towards some thematic as well as traditional performances to be staged in the future. There are also discussions underway for workshops to be conducted for novice and experienced Odissi dancers," Indu said.

The music ensemble comprises of senior artists from Odisha as well as Singapore. The highlight of the music is the use of folk instruments of Odisha to add colour and express the emotive aspects.

The performing team comprises of a team of strong Odissi dancers from Bhaskar’s Arts Academy. The feature artist is Shahrin Johry and theatre artists have added their signature to the production. Costumes for the characters of Aham Brahmaasmi have been planned and stitched from India.  Detailed lighting effects have also been designed to enhance the overall performance.

"Padmashri Guru Aruna Mohanty has lent her guidance and support to this production," Indu said, signing off.